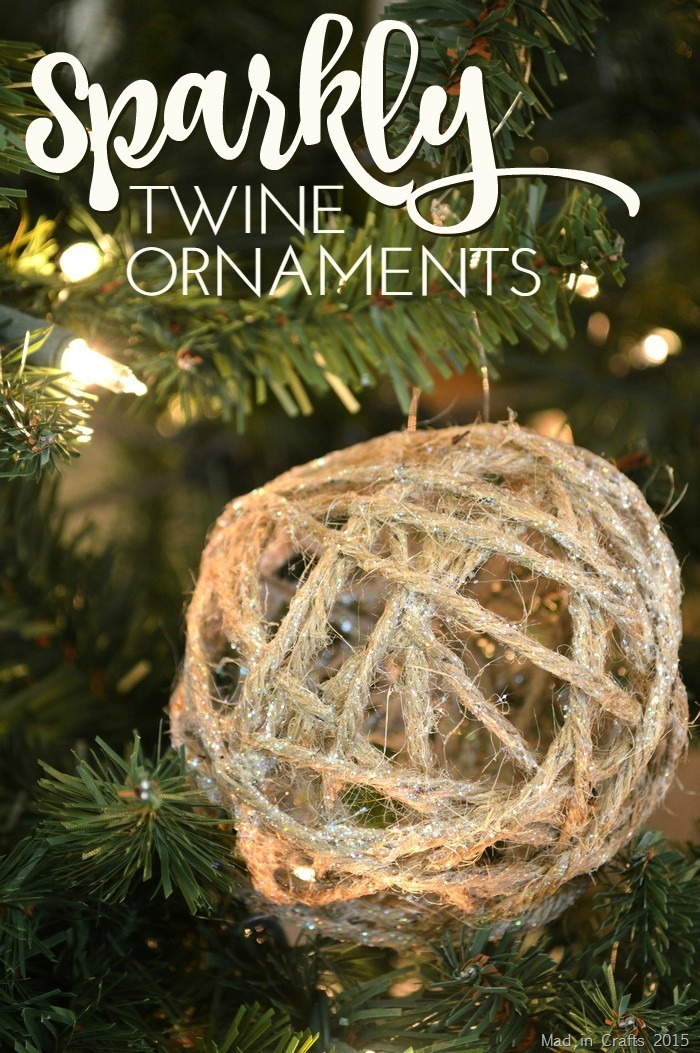 I love Christmas crafts and holiday baking, but all that DIYing can get super messy.  Between the glitter and the pine needles, the flour and the shortening, I end up with a giant mess on my hands —  literally.  I recently made several dozen twine ball ornaments for the Christmas tree I decorated for my dad’s church.  I enjoyed creating the ornaments and they turned out very well, but the process was not a tidy one.

I began by laying out all my supplies:  balloons, scissors, Mod Podge and twine.  I blew the balloons up to about 4 inches in diameter.   Next, I wrapped each balloon in twine, making sure to leave a few larger holes through which to remove the balloon  later.  After all the balloons were wrapped, the fun/messy part started.

I mixed together equal parts Glitter Mod Podge (or you can add glitter to plain Mod Podge) and water to make a thin glue.  I dipped each twine-wrapped balloon into a bowl of the mixture and transferred them into a box to dry.  You will need to cover your work surface with newspaper or plastic because there will be drips!  After I finished dipping all the balloons, my hands were covered in Mod Podge.

It was at that point that I wished I had done this whole process over at my parents’ house. My dad recently installed a new faucet with Touch2O.xt Technology in their guest bathroom.  It’s kind of magical. 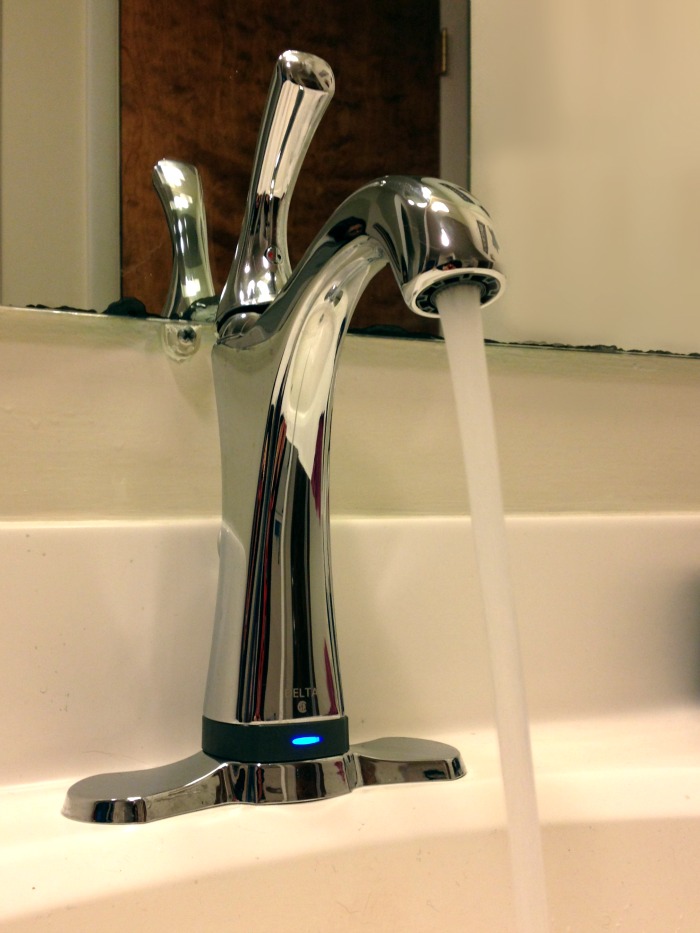 The faucet can be used as a standard faucet, as a touch faucet, or as a hands-free faucet.  If you have it set to the hands-free setting, the faucet senses your presence within 4 inches and then automatically turns off again when you remove your hands.  When your hands are covered with Mod Podge goo, this is huge.

I let my ornaments dry overnight to give the Mod Podge time to dry and harden.  The next day, I popped the balloons and carefully extracted the balloons wrap through the openings in the twine. 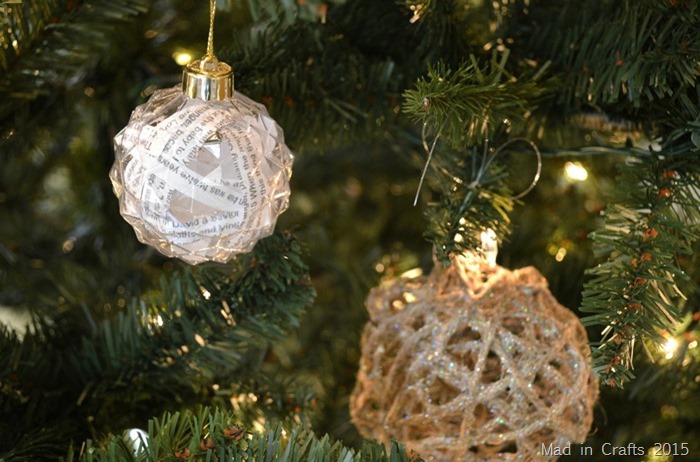 You can pile these twine balls on a table or in a bowl any time of the year, but I used them as ornaments on a Christmas tree.  The twine added some nice rough texture, while the glitter Mod Podge added some sparkle.

Delta wants to hear about your favorite, messy holiday traditions.  Share them on social media with the hashtag #Happimess, and check out other families’ messy traditions!

This is a sponsored conversation written by me on behalf of Delta Faucet. The opinions and text are all mine.