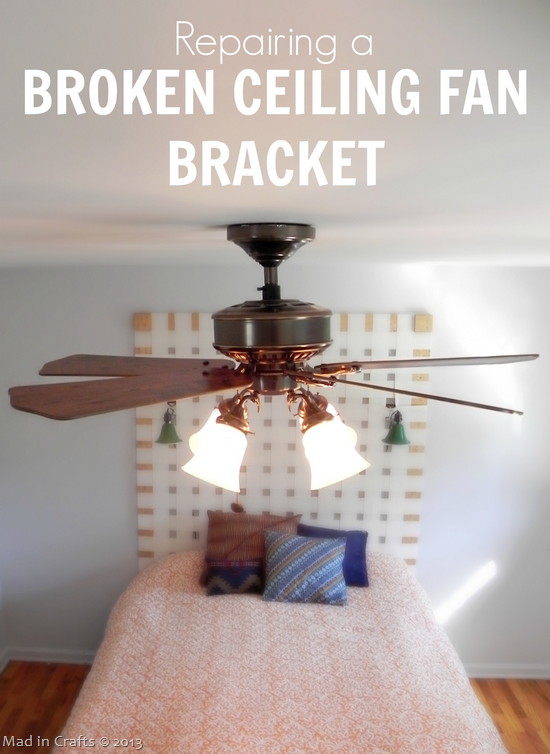 Anyone who says that ceiling fans don’t belong in bedrooms is wrong.  Wrong, I say!  I don’t care if they are not the most aesthetically pleasing feature of the room, they are darn nice to have. We were fortunate that all the bedrooms in The Mad House already had fully functional ceiling fans in place when we bought the house. Fully functional until I got ahold of them, that is. Turns out one of the many skills that homeowners need to master is how to replace a broken ceiling fan bracket….

How NOT to Behave around a Ceiling Fan 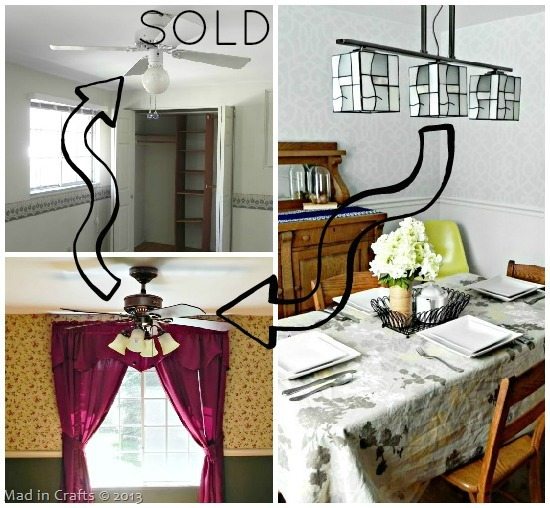 The ceiling fan in the master hangs just over the end of the bed, which is nice for sleeping but can be a hazard too, as I found out last winter.  I was making the bed and whipped the bedspread up to cover the bed.  Somehow I managed to whip it high enough that it caught on one of the fan blades and completely cracked the fan bracket in half.  Don’t be like me. 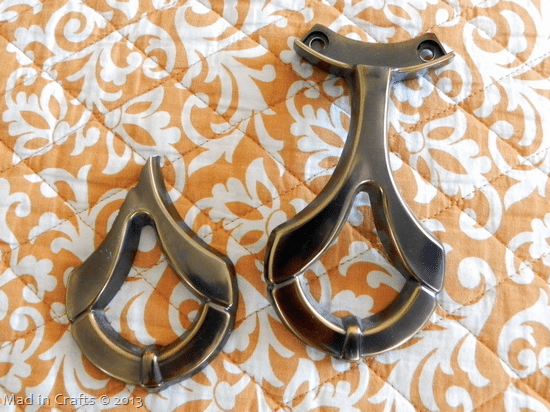 I am not sure how I broke this bracket just with a bedspread, but I am pretty talented when it comes to that kind of thing.  Fortunately, Hunter makes it easy (if not particularly cheap) to order replacement parts.  I was expecting to reorder just one bracket but ended up having to replace all five.  The Hunter customer service rep explained that if the new bracket had been made even slightly heavier or lighter than the old brackets, the fan blades would have been off-balance and the fan would not have run properly.  So, five brackets it was.  Once the brackets arrived, my dad came over, and I helped him to take apart and fix the fan. 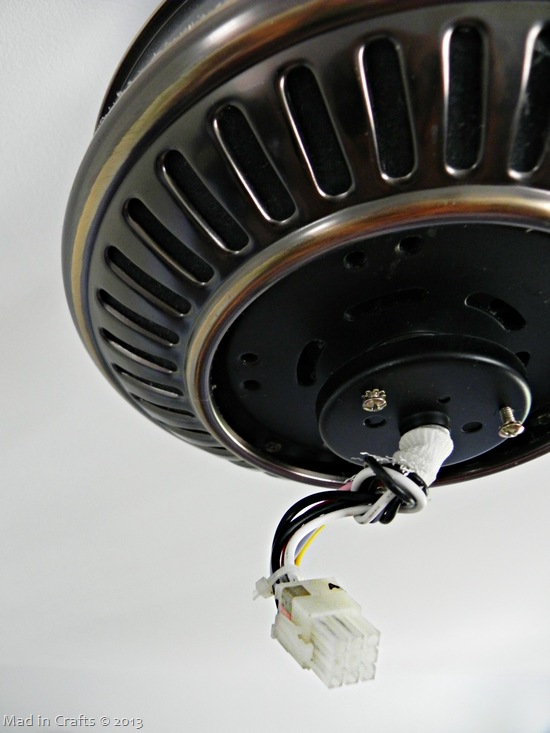 After flipping the breaker to the bedroom, my dad unscrewed the housing for the light fixture.  We were both pleasantly surprised to see that the wiring was a user-friendly snap-together system.  Dealing with tons of wires would have been a huge pain, and we were so glad to see that Hunter made it easy on us. 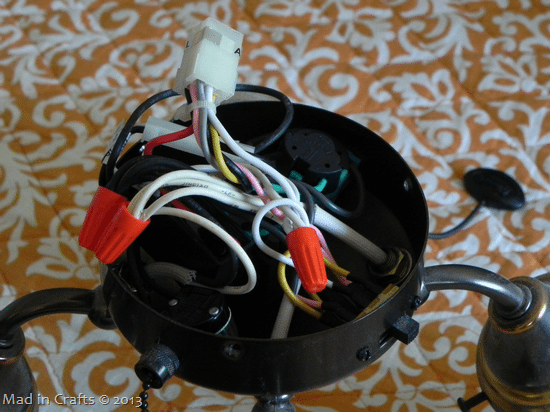 Look at all those wires.  What a headache that would have been!

There was one more housing piece to remove before we had access to the blade brackets. 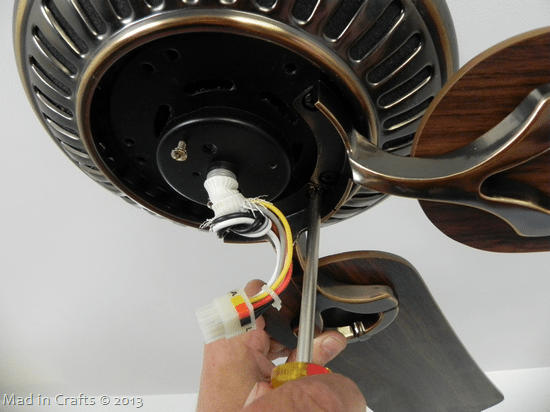 My dad unscrewed the brackets while I attempted to catch the falling screws and fan blades. 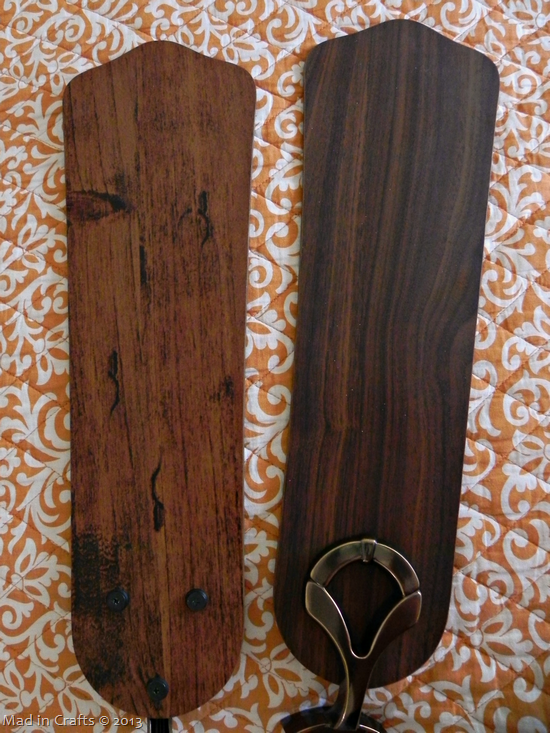 How to Replace a Broken Ceiling Fan Bracket

After that, it was just a matter of reversing the takedown procedure to get everything back in place.  Once it was reassembled, I flipped the breaker back on to see if it worked. SUCCESS!  I wish I wouldn’t have waited so long to get this project done, because it was a much simpler process than I had imagined it would be. 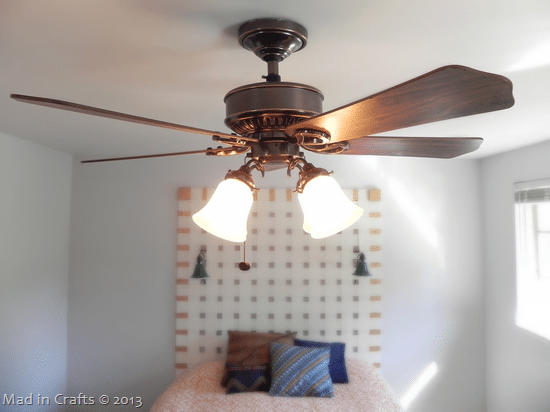 I am SO thankful to have a functioning ceiling fan in our master bedroom again.  It’s the biggest room on the second floor and gets the least benefit from our central air in the summer.  Sleeping will be much more comfortable now that it’s working again! 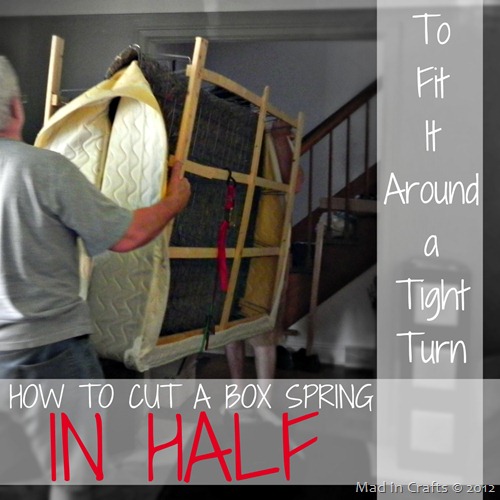 CUTTING A BOX SPRING TO FIT IT UPSTAIRS 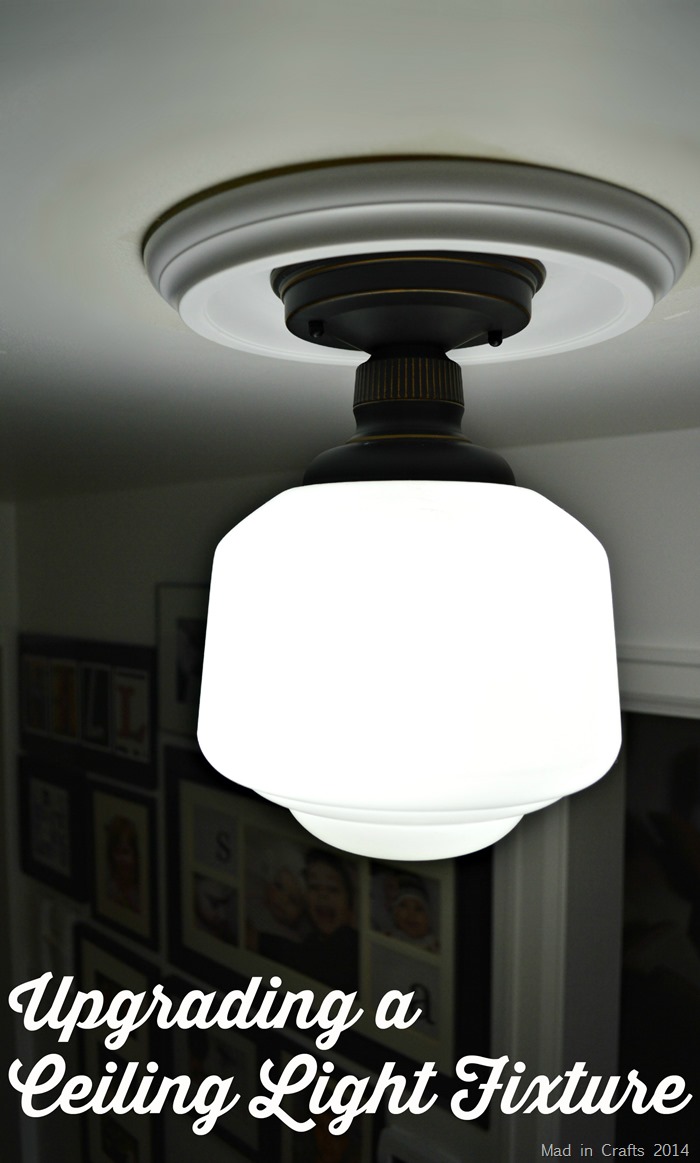