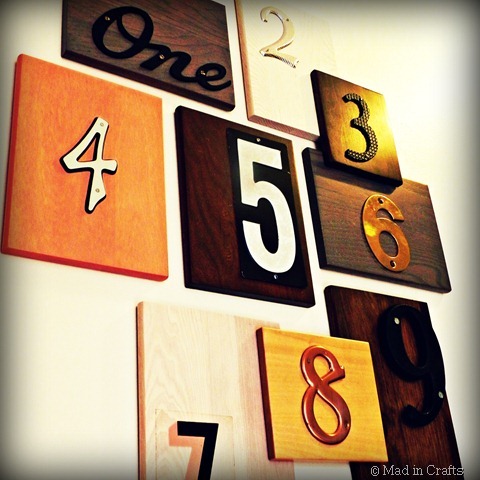 I love typography.  Since it is so trendy right now, typographical pieces can run a serious chunk of change.  But if you know where to score some serious DIY deals, you can make your own for much less! 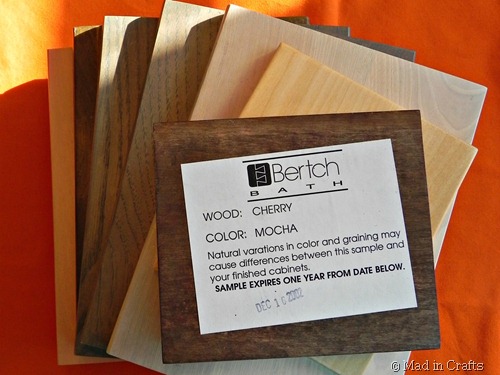 I made my first trip to a Habitat for Humanity ReStore for the Thrift Store week of SYTYC, and it won’t be my last trip there!  Basically a thrift store version of a home improvement store, ReStore is full of inspiration and materials for DIY projects.
I found these cabinetry samples in a large box on a low shelf in the 75% off aisle.  Each of the large samples only cost me 25 cents, the small pieces only 12.  They are quality wood, pre-stained and with finished edges.  That, my friends, is a deal. 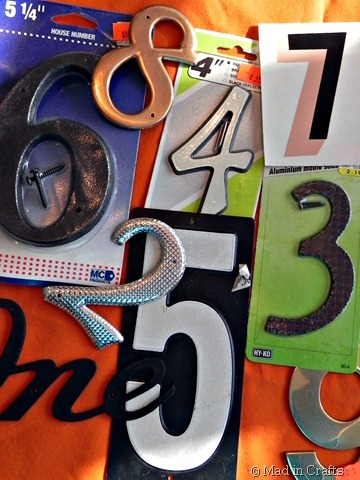 These house numbers were also a great find.  Some were used; some were still in their original packaging.  All cost WAY less than those sold at big box stores. 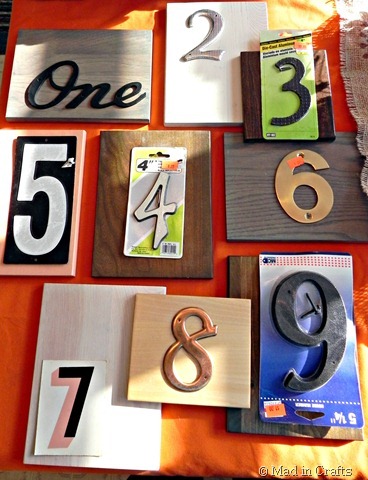 I decided to put these two elements together to make some modern art for my hallway wall.  I did a quick layout of the design on my kitchen table, apparently forgetting how ordinal numbers work for a moment.
While I was laying the piece out, I wanted to keep a few things in mind:  1) that the piece had a strong eye line, 2) that the piece was visually balanced, and 3) that the piece had dimension.
Assembling the individual plaques was simply a matter of marking and drilling small holes in each piece of cabinetry, and then screwing or nailing the numbers in place. 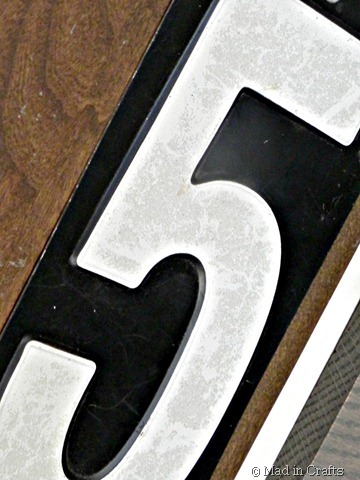 Because some of the house numbers are used, they have some great wear and tear.  Some of the reflective paint on the 5 has worn off over the years, and I think it looks fantastic.  Even the best DIY’er can’t distress objects as well as Father Time. 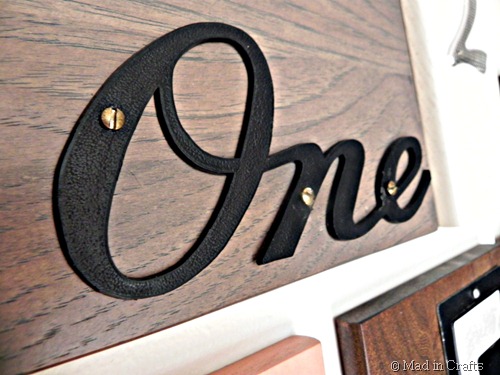 I was fortunate to find one of the numbers in written form, which is a great addition to the look of the whole piece.  I used contrasting screws to play up the industrial feel of the piece, and also because that was what I had on-hand! 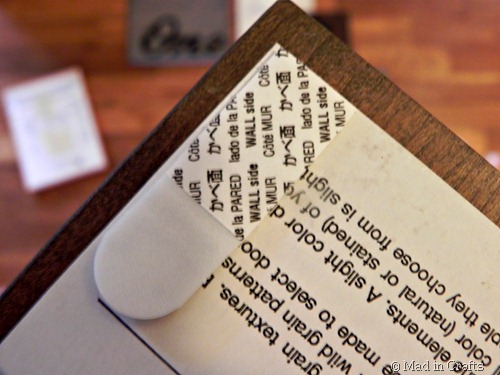 Because the plaques are so light, I was able to hang them with removable poster strips.  This saved my walls from additional nail holes that would just need to be filled when we eventually move out of our rental.  I was also able to mount the “3D” (the 3 and the 8 ) plaques directly onto other plaques, which saved me the headache of how to hang them. 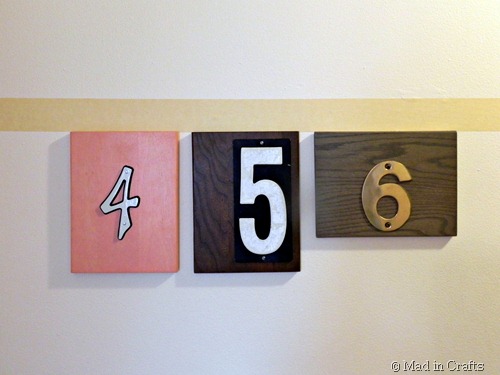 I marked the eye line with a strip of masking tape and hung the middle row of plaques beneath it.  From there, it was just a matter of eyeballing the placement of the other plaques (a luxury afforded to me by the poster strips). 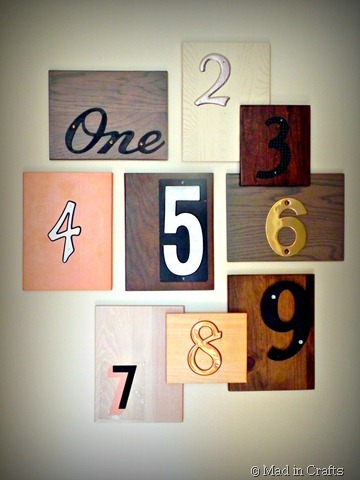 I think the final product is pretty fantastic.  Similarly styled wall art will run you hundreds of dollars from big name decor boutiques.  I made the entire project, including poster strips, for around $10!
Thanks again to everyone who voted in this season of So You Think You’re Crafty!  My faux bois mirrors didn’t quite get me past the Hardware Store challenge and into the finale.  I had a blast competing and am thrilled to have come away with a 3rd place finish.
Thanks again!