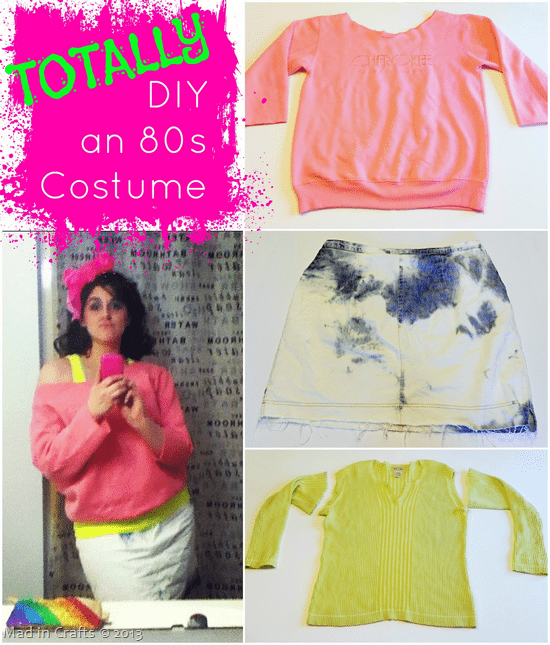 The 80s were a big decade.  From big bangs to arena rock, most things were just bigger in the 80s.  (Except for men’s shorts.  Those were definitely not bigger.)   If you are going to DIY an 80s costume, be prepared for a lot of look.  Here is how easy it is to create your own 80s costume.

What You Need to Create a DIY 80s Costume 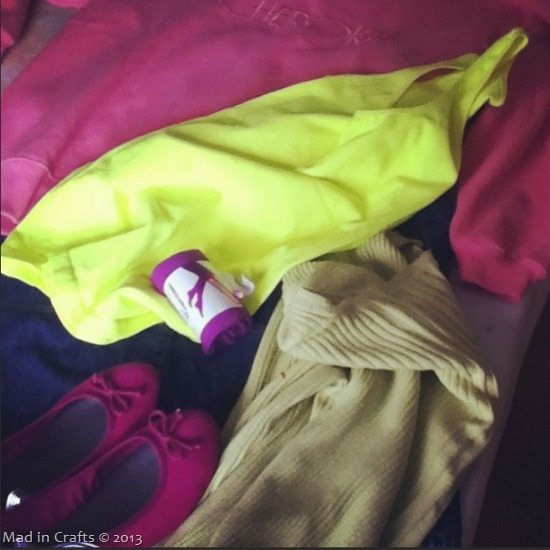 A few weekends ago I went to a local 80s fest, and I was able to completely DIY my totally rad outfit from items that I found at Goodwill.  If you can find a few basic pieces at your local thrift store, you can make your own throwback outfit for an 80s party, Halloween, or any day you want to be a little more bodacious! To make my 80s Costume, I used: 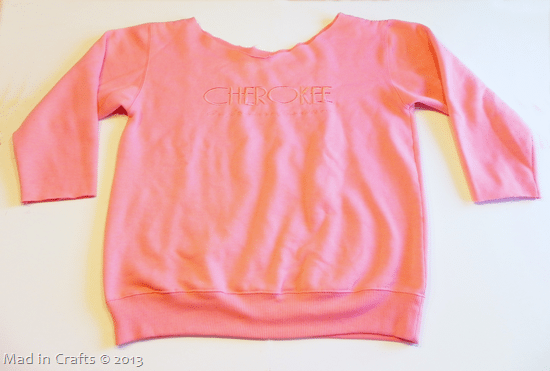 To make an 80s-style off-the-shoulder sweatshirt, cut the neck of the sweatshirt about one inch around the collar.  Cut the sleeves off above the cuff.  You can also cut the bottom band off of the sweatshirt if you would like a cropped shirt look.  My tank top was long enough that I could just fold the waistband of the sweatshirt up and the tank would show. 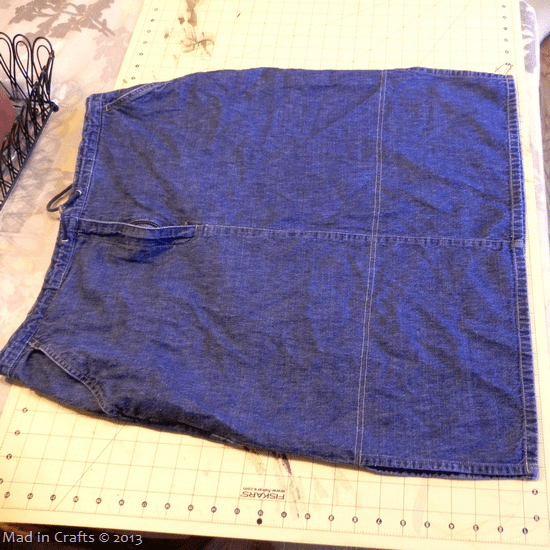 I found this jean skirt at Goodwill, but it needed to be 80s-ified before it would work with my costume.  First, I cut a few inches off of the bottom hem to both shorten it and give it a frayed 80s hem. 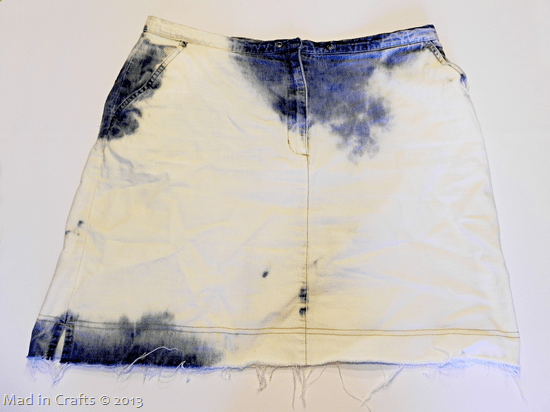 I had wanted a more stone-washed denim look for the skirt, so I initially tried spraying the skirt with a squirt bottle full of bleach water.  The watered down bleach wasn’t even making a dent in the color of the denim, so I gave up on that technique. 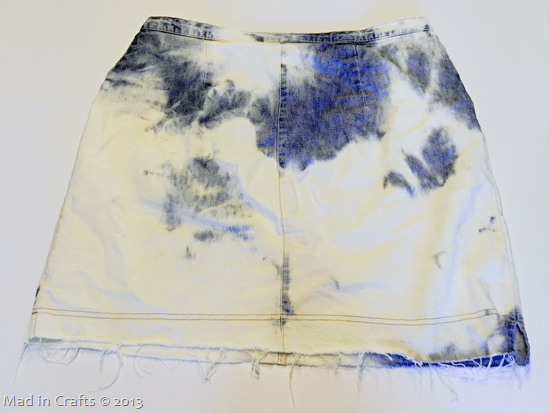 I ended up bunching the skirt up and leaving it in a bucket of bleach water overnight.  In the morning, the skirt was almost all white, with the exception of a few un-dyed patches. 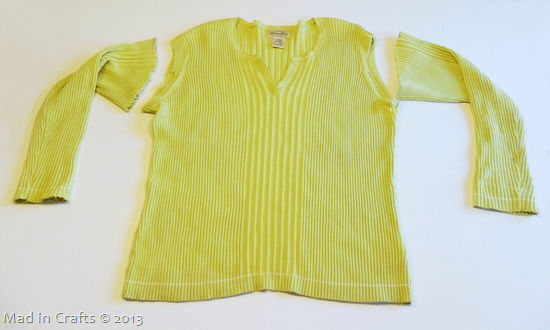 To make my leg warmers (which I got NO pictures of), I just cut the sleeves off of a light-weight ribbed sweater.  I think choosing a ribbed sweater may have been a mistake.  The fabric stretched so much over the course of the night that the leg warmers ended up drooping around my ankles.  A tighter weave sweater would be a better choice. 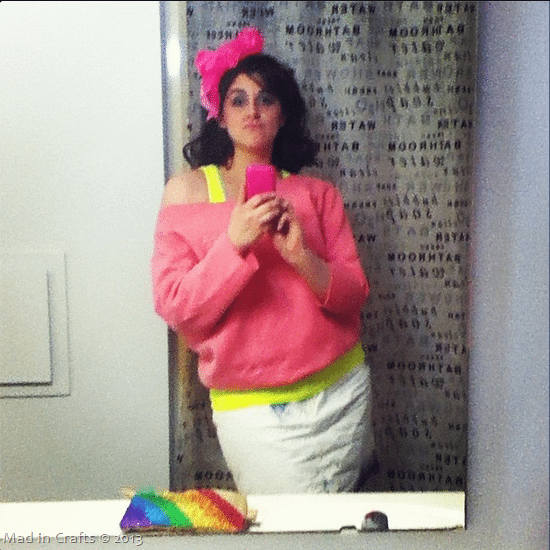 I layered up my outfit, made my thick, heavy hair as big as I could get it, and tied in a bright pink scarf.  The makeup consisted of lots of teal eye shadow and light pink lipstick.  I think the costume looked pretty authentic, and it was also really comfortable. 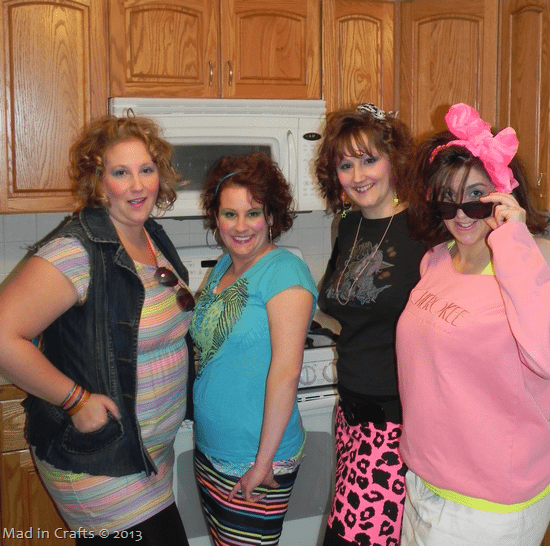 We were a pretty sassy looking group if I do say so myself.  We had a blast listening to an 80s cover band and checking out all the other rad costumes.  I even got in on the Thriller dance lesson, but thankfully I don’t think we got any video of that. 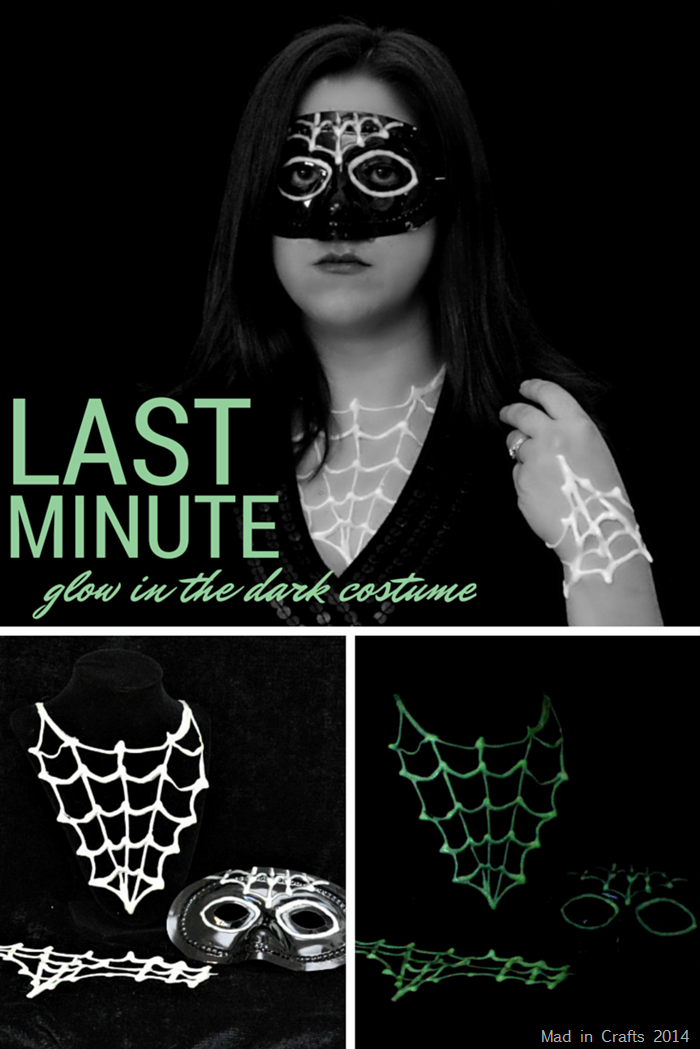 GLOW IN THE DARK COSTUME ACCESSORIES 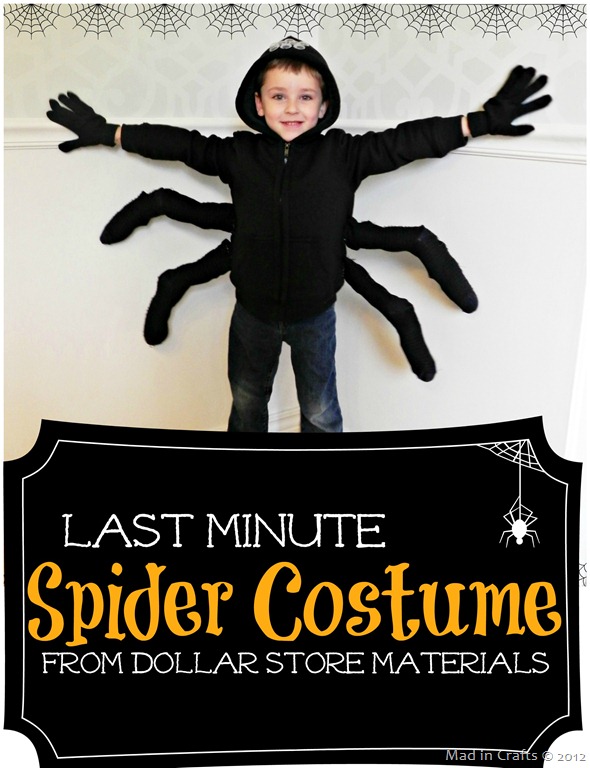