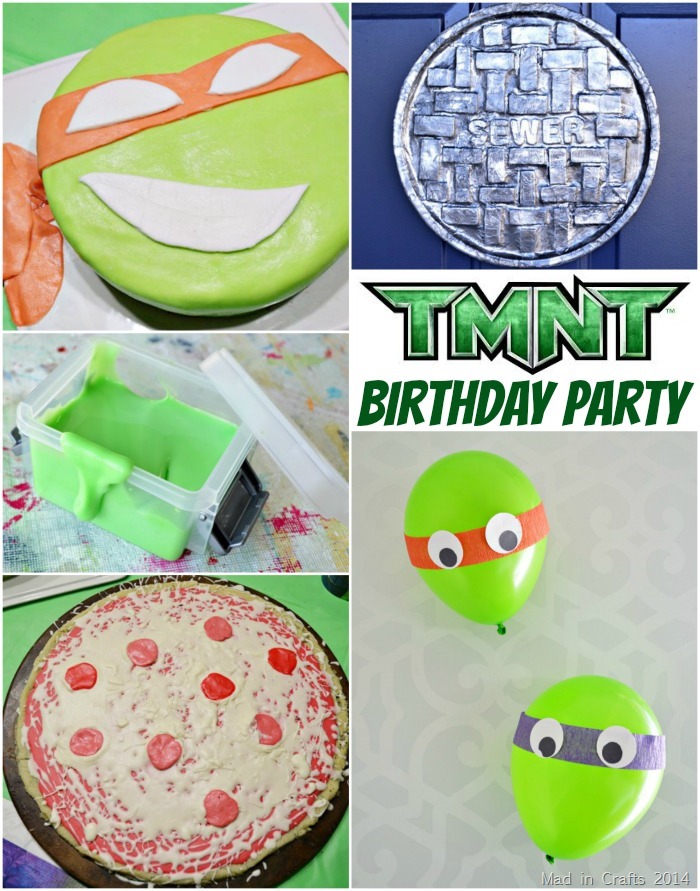 Both of my kids are huge fans of the new Teenage Mutant Ninja Turtles cartoon series. I didn’t watch the original series when I was growing up, so I’ve gotten a crash course on all things TMNT in the past year.  I can tell you all about the Kraang and mutagen and the Foot Clan, whereas 12 months ago those terms would have been Greek to me.

My kids aren’t the only fans of the lean green fighting machines, so when my son asked for a TMNT birthday this year, I really didn’t have to do much brainstorming for party ideas.  I relied heavily on the kindness of Pinterest to help me find amazing projects from amazing bloggers who had already done the creative work for me! 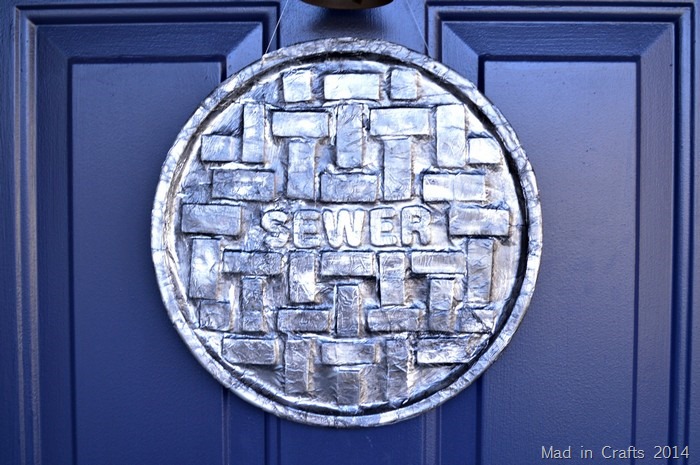 I was smitten with this adorable manhole cover tutorial from The Scrap Shoppe made from a dollar store pizza tray, craft foam, and aluminum foil.  You know I love greeting guests with the party theme before they enter the front door, so I hung my version of the manhole cover from our wreath hanger.   BTW, I met Michelle from The Scrap Shoppe at SNAP last Spring, and she is the best.  You should definitely check out her great blog. 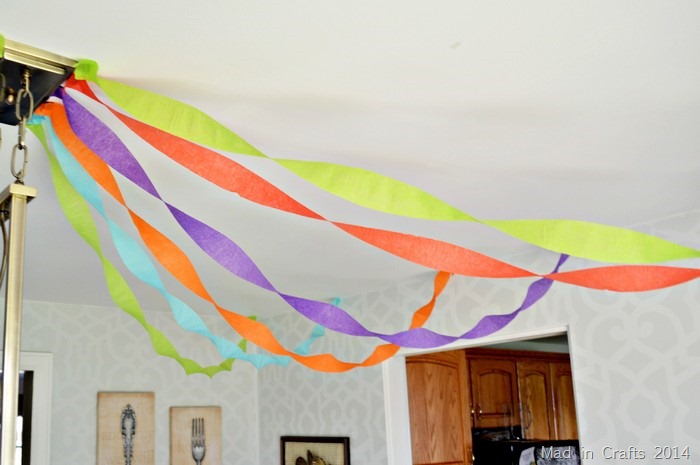 Another nice thing about a TMNT party, is that the turtle’s mask colors allow you to add lots of fun color to the decorations.  I hung streamers from our dining room ceiling because nothing says PARTY! better than twisty streamers. 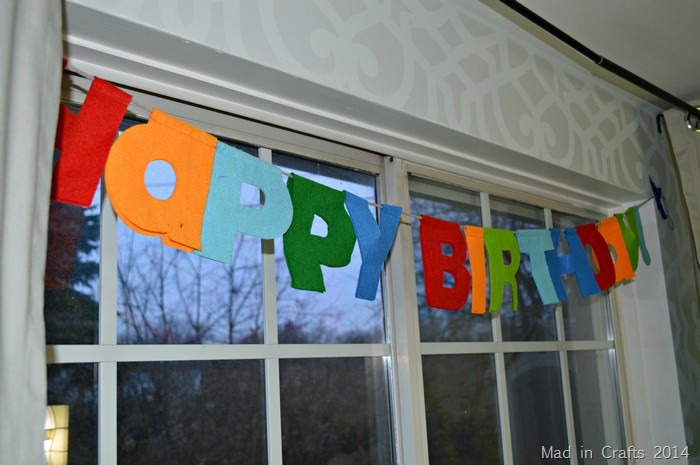 The felt banner I found at Goodwill made a reappearance at the party too. If you can’t find a premade version, you could make one fairly easily by printing a font off your computer and using those letters as templates for the felt. 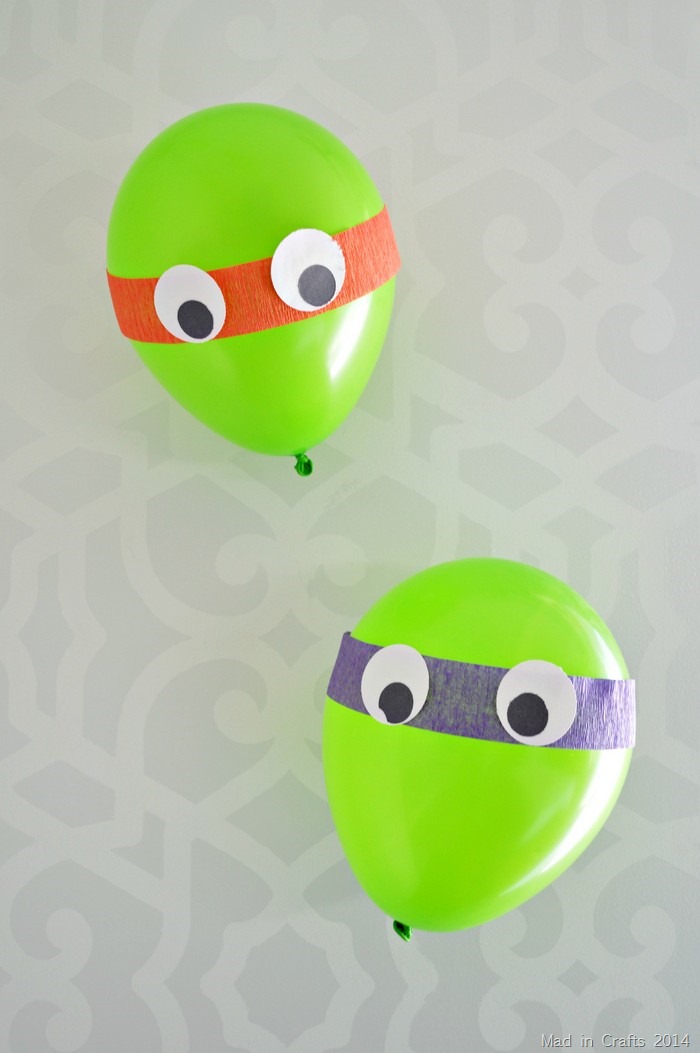 I found the idea for simple TMNT balloons on One Creative Housewife.  I found a package of green balloons for cheap at the store, and used some party streamers and construction paper circles to turn them into Leo, Raph, Donnie, and Mikey. 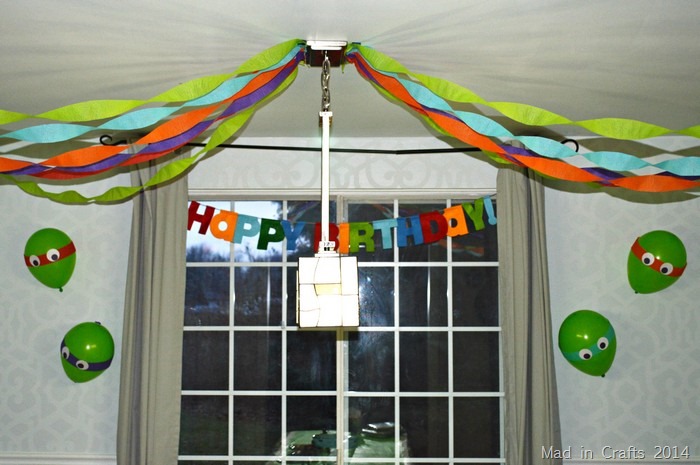 With those simple and inexpensive decorations, the dining room was festively decked for the party. 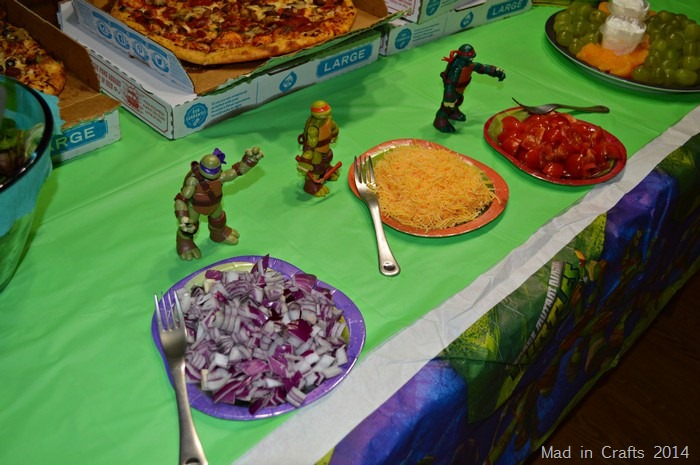 Obviously, we served pizza for dinner.  Seriously, I’m convinced there’s not an easier party theme than a TMNT party.  I also set up a small salad bar, and coordinated the toppings with the turtles’ mask colors.  I put green lettuce in a glass bowl and tied on a blue crepe paper mask around it to represent Leo.  Donnie’s purple was made up of red onions, Mikey’s orange with shredded cheese, and Raphael’s red by chopped tomatoes. 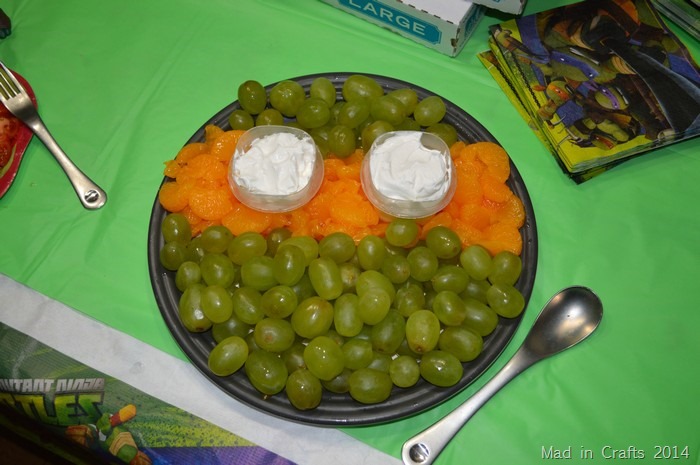 I found this fruit plate idea from The Cards We Drew and reworked it slightly to turn it from Raph to Mikey, since Michaelangelo is my son’s favorite. 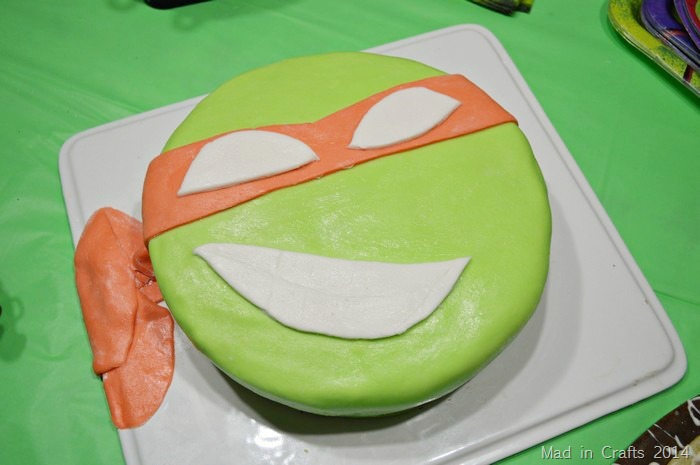 If you have read any of my previous birthday party posts, you know how  much trouble I generally have with the homemade cakes.  This year I got the gumption up to try using fondant instead of frosting, and I am fully converted.  I watched this YouTube video on how to make marshmallow fondant and it is a spectacular resource.  I used her recipe, but I had tons of fondant left over.  I could have easily halved the recipe and been fine.  You can probably figure out how I made this Mikey cake without instructions, which is good because I didn’t take any process pictures at all.  Making marshmallow fondant is not hard, but it is crazy messy.  I didn’t want to get sugary marshmallow goo all over my camera. 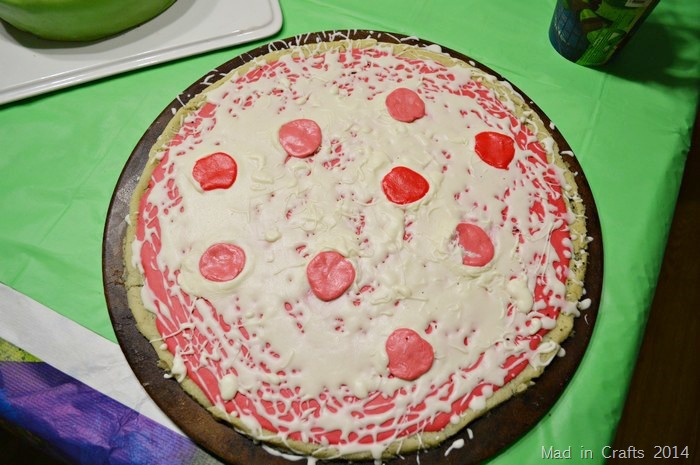 I made my own version of this pepperoni pizza cookie found on Gluesticks. The crust is just refrigerated sugar cookie dough baked into one huge cookie.  While I let the cookie cool. I melted half a can of frosting in the microwave and colored it red for the sauce.  After that set I melted the rest of the frosting and poured into a sieve over the cookie so that it fell down in sections that looked like cheese.  Finally I smooshed cherry Air Head candies into pepperoni shapes and placed them on the pizza. 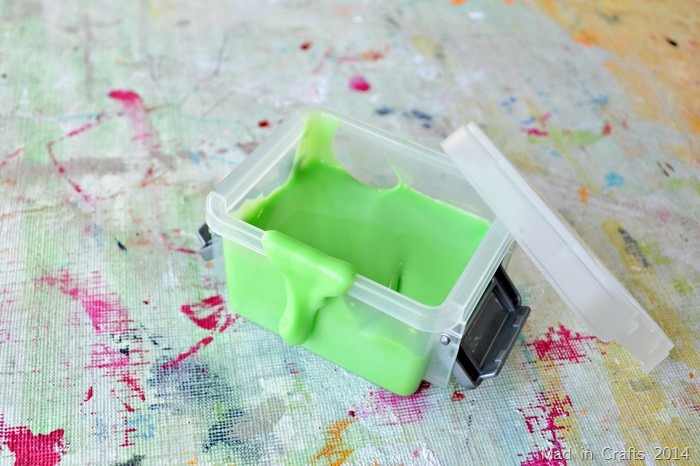 I filled TMNT favor bags with temporary tattoos, candy, and little containers of Kraang mutagen.  I made the mutagen slime using the tutorial on WonderHowTo which uses glue, borax and food coloring to make the dripping, oozing gak.  The snap lid containers are from Dollar Tree.

For all the great ideas I used for my son’s party, there were many more ideas that I pinned but didn’t get around to recreating.  Check out my TMNT Party board below for the rest of the pins!