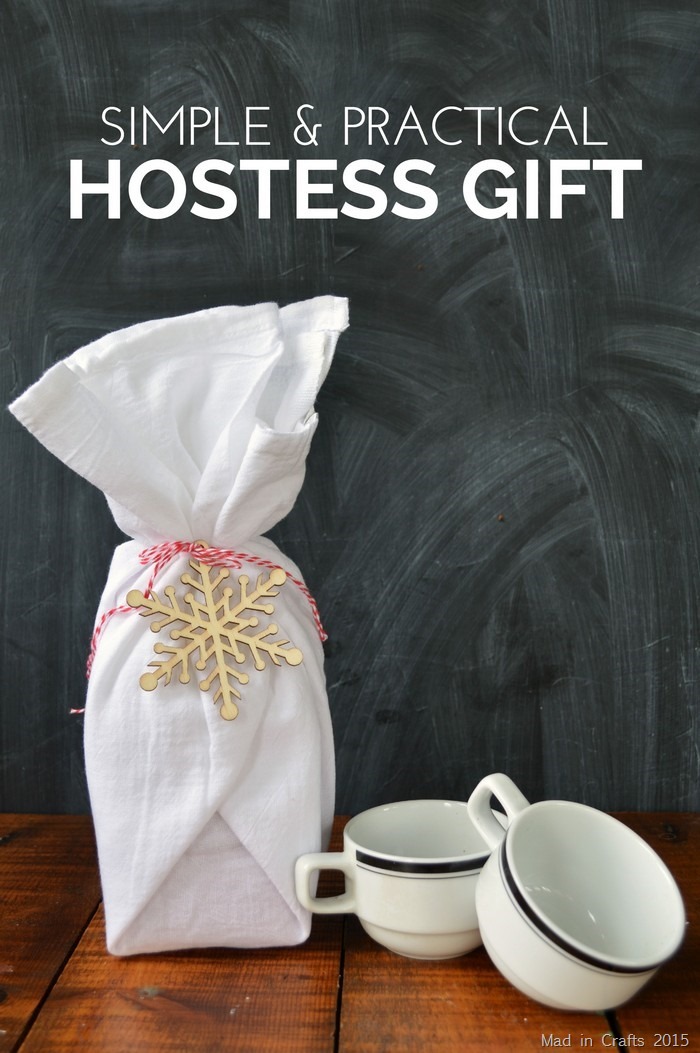 Do you serve coffee with dessert?  My family has always done this, but I have gotten weird looks from guests when I ask if they would like a cup with their cake.  Maybe it’s a German thing, but I love a hot mug of coffee to cut through the sweetness of an after-dinner treat.  Since the holidays are a dessert-heavy season, we go through quite a bit of coffee.

That’s when it hit me.  Maybe instead of bringing a glass of wine to a holiday dinner party, it would be nice to bring a bag of delicious coffee!  Even if they don’t serve it with dessert, you can never have enough coffee, right?  Duncan Donuts is known for their great coffee, and you can buy bags to make at home yourself.  When I was choosing a variety to use as a hostess gift, I ended up choosing Columbian.  They offer a selection of scrumptious sounding flavored coffees, but I didn’t want to risk choosing a flavor that the hostess might not like.

Instead of just slapping on a bow and calling it a day, I wrapped the bag in a flour sack towel which I tied off with a bit of baker’s twine.  Then I added an inexpensive wood ornament to create a pretty package made entirely of reusable materials!  If you want to pretty up the towel a bit more, you can add a favorite handwritten recipe to the towel. 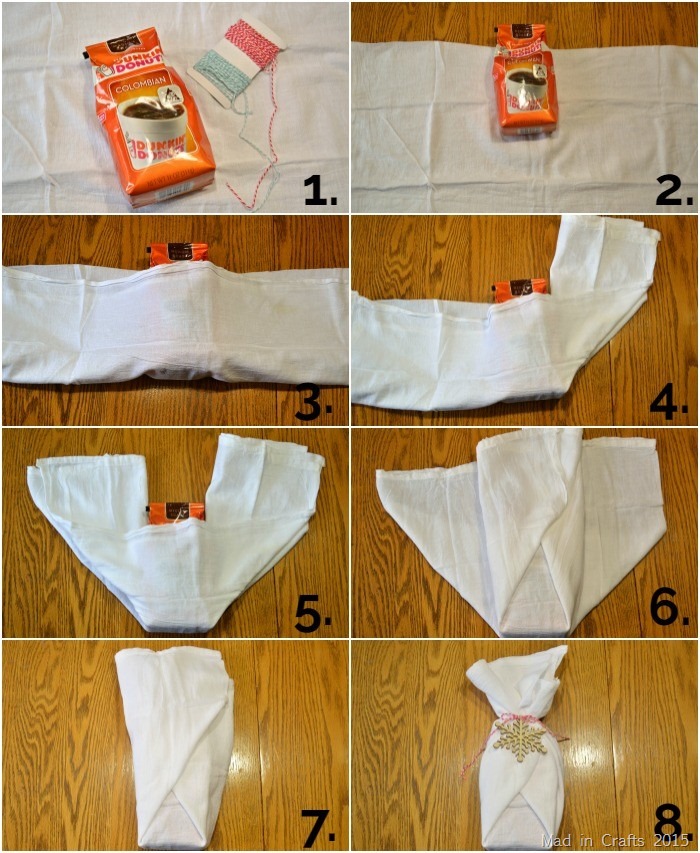 To wrap the coffee in the towel:

I know it seems like that is a tricky technique, but it really isn’t.  Once you have done it once, you will understand it and will be able to make several of these handy hostess gifts to keep on hand. 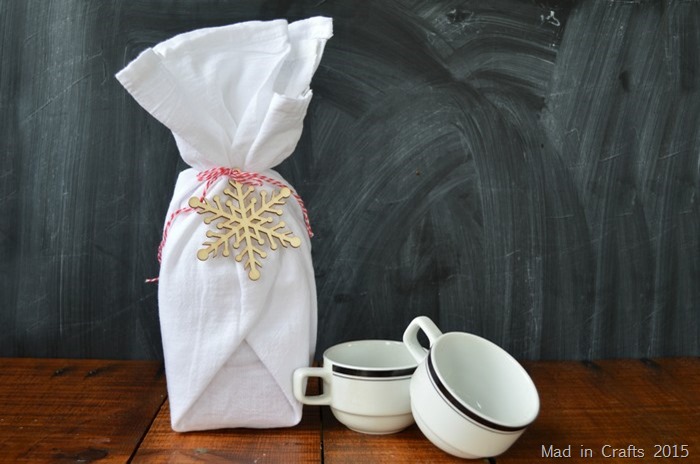 You can pair the gift with a nice coffee mug or some baked goods, but it is great as a standalone gift too!.  Save some money on Dunkin Donuts coffee, whether it’s for yourself or for a gift.  Check out this coupon for more information.

This is a sponsored conversation written by me on behalf of Dunkin’ Donuts® . The opinions and text are all mine.