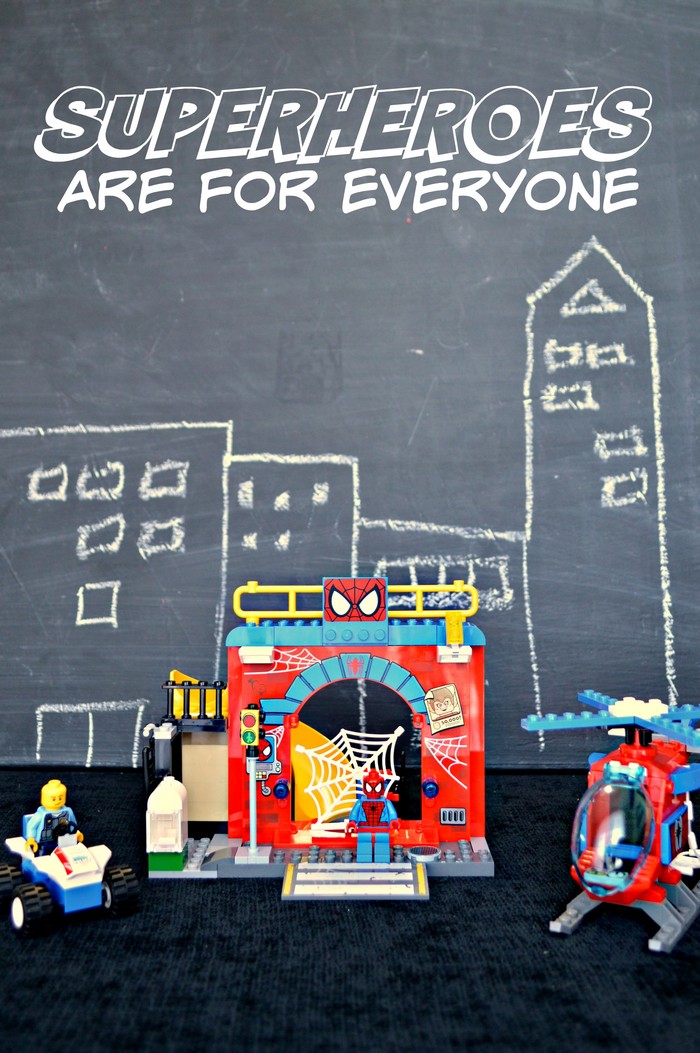 I never really played superheroes as a kid.  I had a vague knowledge of Superman because of the 80s movies, but that was about it.  It wasn’t until I had to stock the graphic novels at Barnes and Noble in my adult years that I learned the difference between Marvel and DC.  Superheroes just weren’t really for me.

Nowadays, superheroes are for everyone:  fanboys and fangirls, school-aged kids, lifelong fans, and, it turns out… craft bloggers.  Since both of my kids are into superheros, I have gotten a crash course in the Avengers, the Teen Titans, the Justice League and more.

We even dressed up as DC heroes for Halloween this year.   That’s why I was so glad to see that LEGO has superhero sets for everyone too.  I have written about all the things I love about LEGO® playsets before, and the superhero sets are just as great. 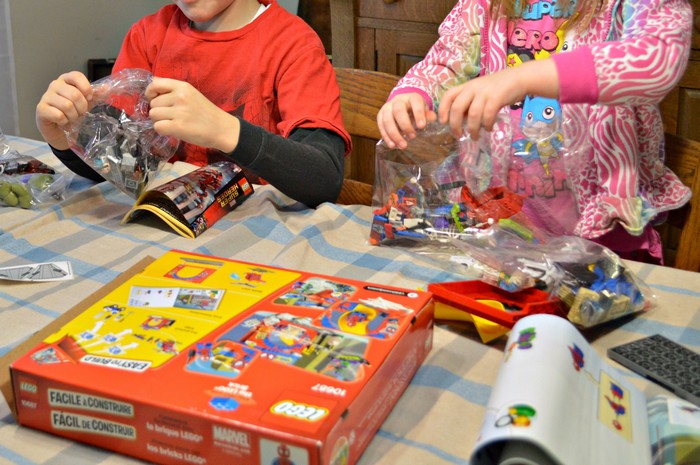 My son is basically a LEGO® professional at this point.  He received at least four different sets for his birthday, and can put most sets together by himself.  The LEGO® Super Heroes are perfect for his level of skill.  My daughter is interested in LEGOs but tends to get frustrated by the larger, more difficult sets.  She is more comfortable with the LEGO® JUNIORS sets which contain quick start elements and modular bricks, such as walls and archways, helping her to have success right out of the box.

LEGO® also has a superhero set for the youngest builders.  Double the size of the iconic LEGO bricks, yet 100% compatible, the DUPLO bricks are perfect for kids aged 1 1/2 to 5.   These sets even come with age appropriate minifigures, which allow even the youngest builders to role play. 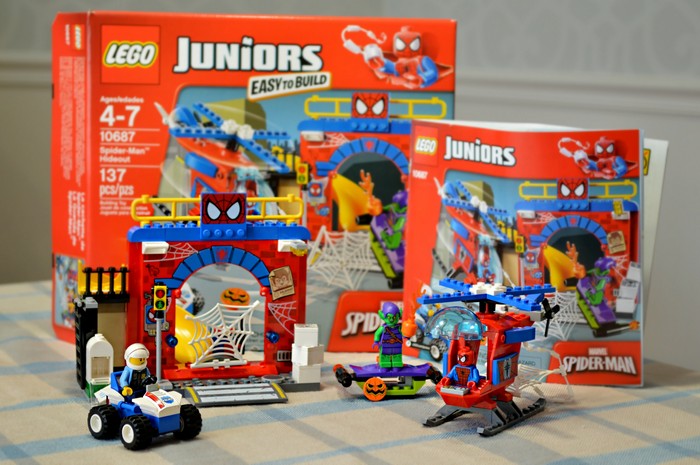 As children play, they grow confident in their ability to bring stories and ideas to life. LEGO® Super Heroes is a perfect way to introduce the entire family to the land of make-believe & open-ended play. With something for every age, you are never too young or too much of an adult to build your own version of a superhero with LEGO bricks. 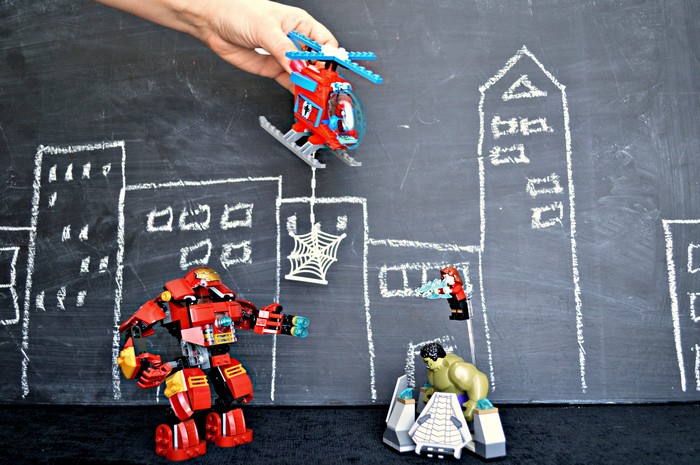 Once all the sets were put together, of course there had to be a little superhero battle.  And, yes, that is my hand in the picture playing with the Spiderman helicopter.  LEGOs are for everyone, you guys.