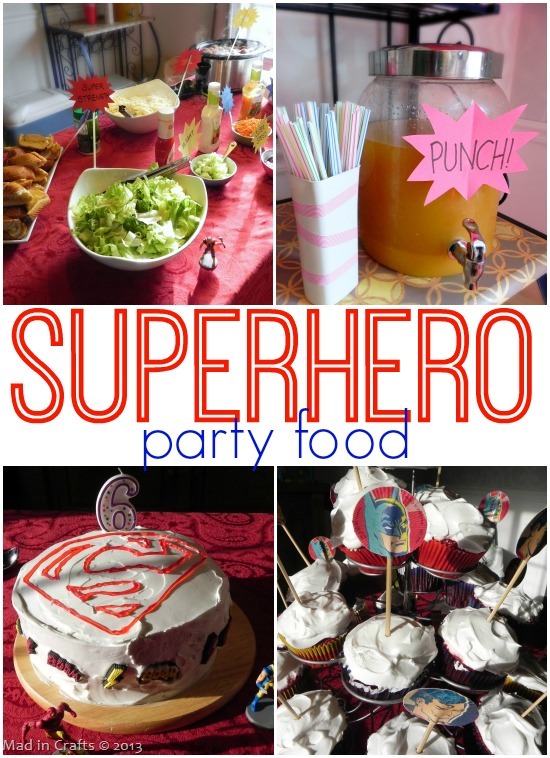 I went a slightly different route for the themed food at my son’s superhero birthday party.  I searched and pondered for weeks to come up with clever names for food that I could serve at his party, and I just came up empty.  If only I could get 6 year olds to eat gyro sandwiches, right?

Instead of having punny food names, I turned the spaghetti dinner buffet into the S.I.L.A.S. Ability Modification Lab! 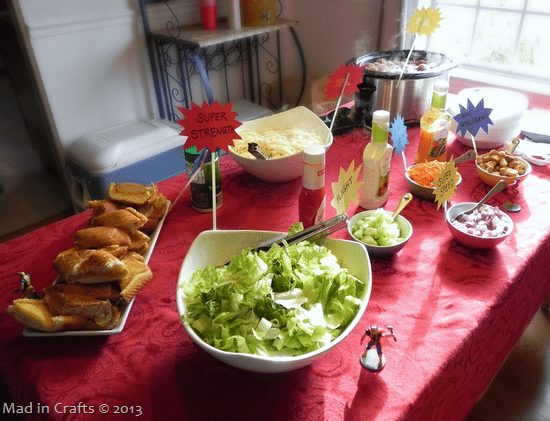 Each food was labeled with a super hero attribute, and the party guests could go around the table building their super powers as they went.

I cut the food signs out with my Cameo.  You can get the cut files HERE. 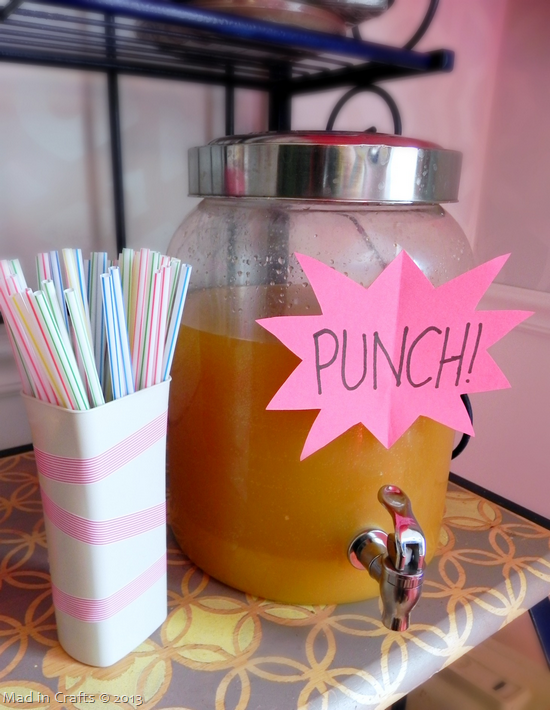 Then, of course, there was PUNCH! to drink, which tied in with all the superhero sound effect decorations hanging from the ceiling. 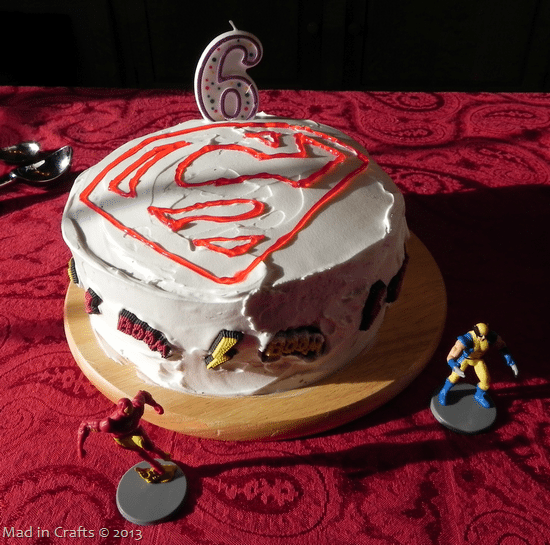 I just baked a box mix and frosted it with BetterCreme frosting (so easy to use – and I am terrible at frosting cakes).  I decorated the sides of the cake with the superhero candy decorations I found earlier in the year.  Finally, I put the Superman insignia on the top, because my son’s name starts with an S. 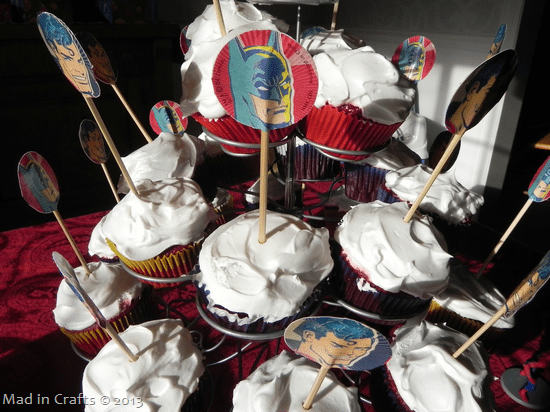 The red velvet cupcakes each got a Batman or Superman cupcake topper.  I found those at Goodwill earlier this year!

It was a tasty, easy, and crowd pleasing dinner menu, and one that can be served to crowd while maintaining a budget.  I think it was a pretty SUPER lunch.

I’ll show myself out now.