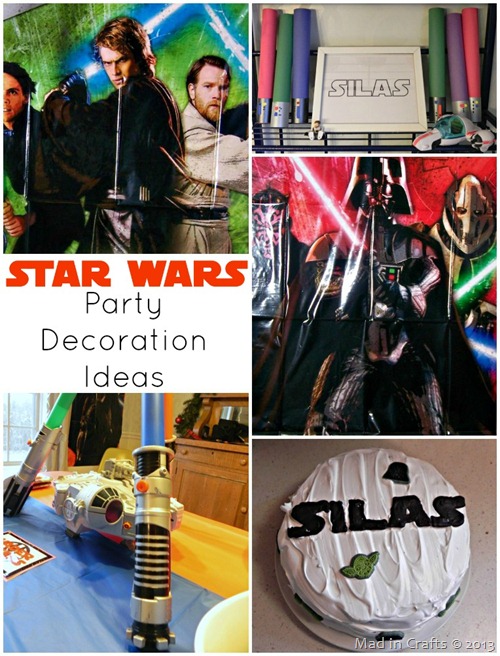 I always have a tough time deciding how to go about decorating for my son’s birthday parties.  Since his birthday is in early December, I either have to wait to put up our Christmas decorations or have his party theme compete with it.  For his Cars party, I waited to put up the Christmas stuff.  Last year, I cheated and threw him a Winter party which incorporated all the Christmas décor (sneaky).  This year, I threw my hands in the air, said “To heck with thematic consistency,” and put the Christmas decorations up before the party.  So, if you are reading this in June and wondering why I decided evergreen garland was an appropriate addition to a Star Wars party… that’s why. 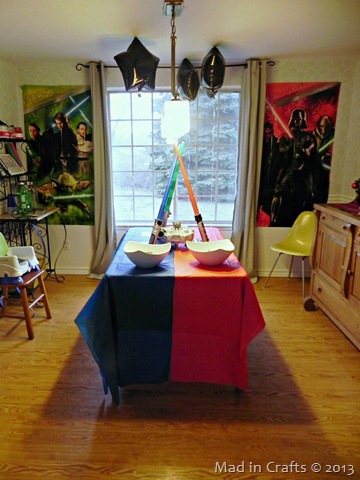 I once again ordered the large themed murals from an online party store.  They are so cheap and make a huge impact, so I don’t feel bad about not DIYing that part of the decorations.  I split the food table down the middle and covered one half with Jedi blue and the other with Sith red.  The black mylar stars are from Dollar Tree.  I had hoped to get those in blue and red also, but my local store was out. :/ 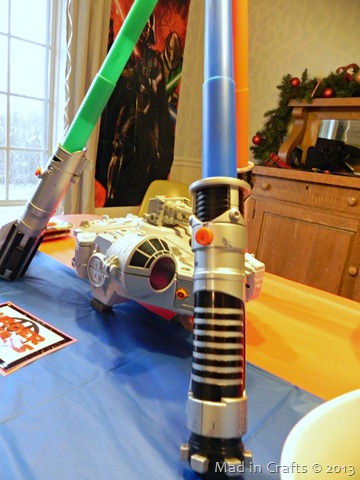 Much of the décor was just pulled out of his Star Wars collection!  I took his three lightsabers out of his Space Geek Bedroom and propped them up in a tee-pee (secured with monofilament).  His Millenium Falcon toy sat underneath.  Right before the party, I put some glow stick necklaces on the table as well.  I think they must have been duds leftover from July, because half of them didn’t glow. :/ 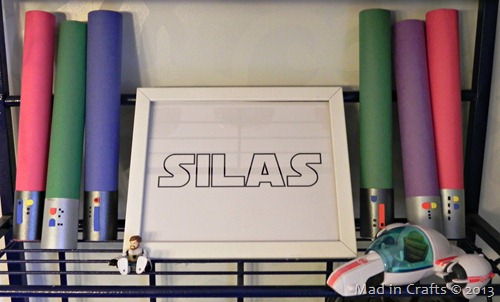 I brought one of his framed Space Geek Printables down and set it up with some more of his Star Wars toys and the Lightsaber Party Favors. 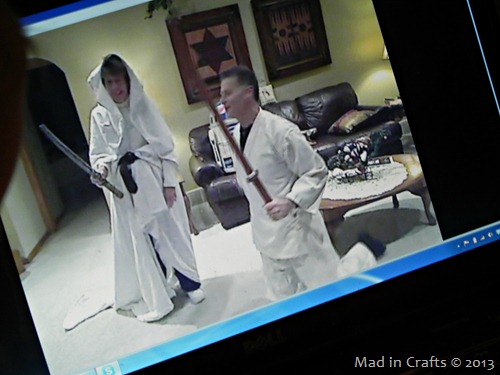 My out-of-state in-laws surprised us by showing up to our Skype call dressed up for the party!  Notice the full-sized R2-D2 sitting on the couch.  Star Wars geekery runs in the family. 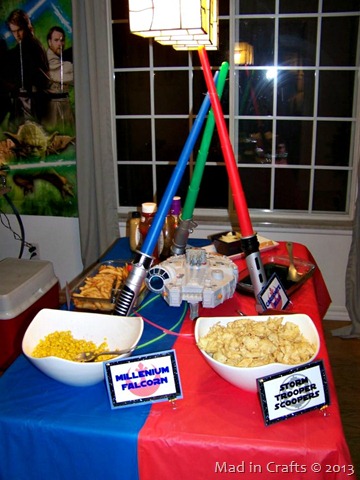 As always, the meal was themed so the food and signage ended up being part of the decorations too. 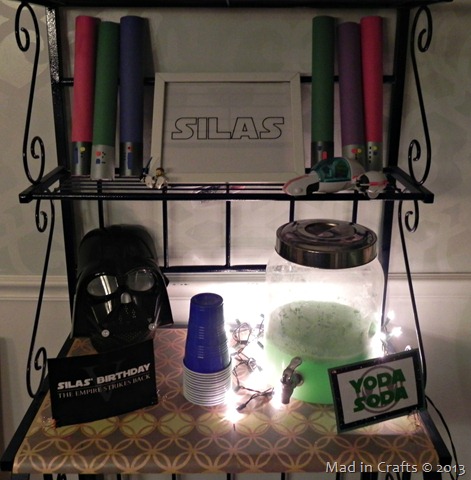 Since so much of the decorations were things that we already owned, we were able to get away with spending very little on the party décor.  Always a plus!

For more Star Wars Party tutorials, click the thumbnails below: