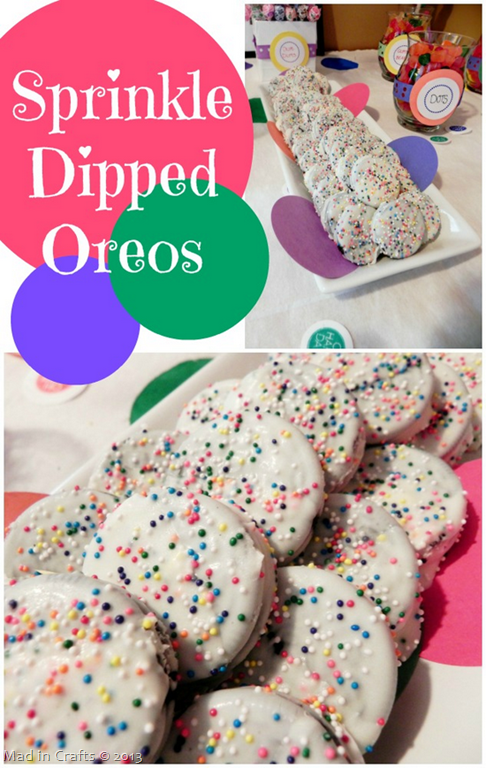 These sprinkled, bark-dipped oreos are decadent, colorful, and perfect for any party.  I made a batch to add to the Candy Bar on a Budget I shared a few weeks back, but I never shared how easy it is to make them.  I was originally inspired by the Party Oreos that Katie from Sweet Rose Studio created.  I only made a few changes to her tutorial, that I will show you below.

Watch this short video to see how I made these party favorites, or scroll down for the step out photos.  Be sure to subscribe to my YouTube channel for more fun videos like this twice a week! 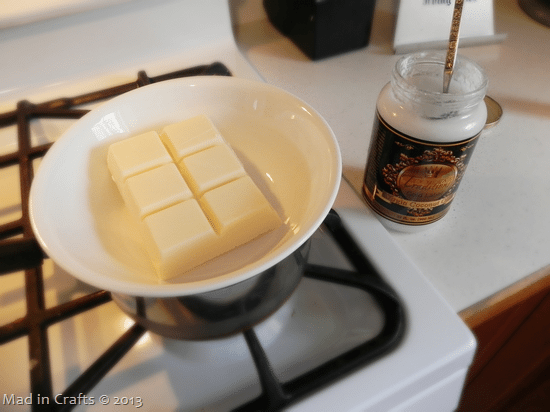 I used almond bark instead of candy melts, just because at my store it was a better price.  In order to thin out the melted bark to make it smoother for dipping, I used a bit of coconut oil. 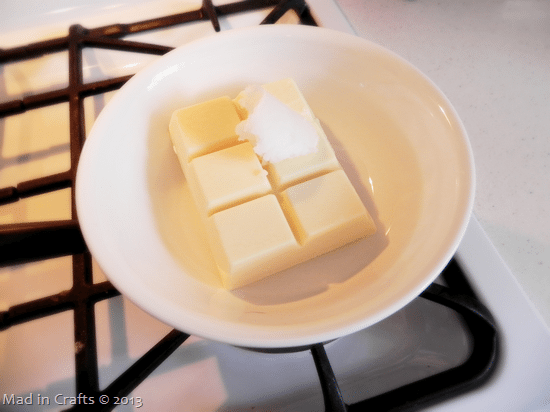 I added about a tablespoon of coconut oil to six squares of almond bark and melted it in a makeshift double boiler.  The coconut oil melts nicely into the bark, and you can barely taste the oil when they have been stirred together. 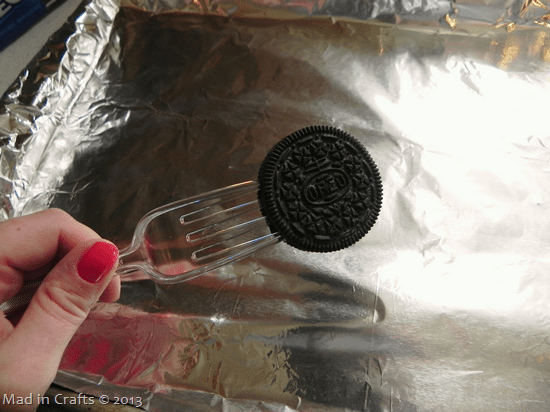 If you are concerned about burning your fingers, you can slip the oreos onto a plastic fork before dipping in the bark.  It’s quicker to just dunk them in with your hands though, so that’s how I did it.  Made with love. 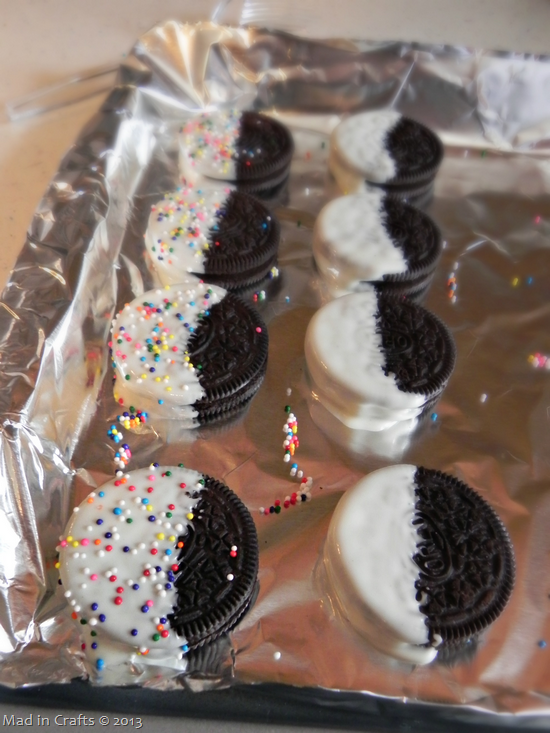 I dunked the oreos in the bark, laid them out on a foil-covered baking pan, and shook on some rainbow sprinkles.  You could stop right there and the cookies would be perfect as is.  But, you know me, never leaving well enough alone. 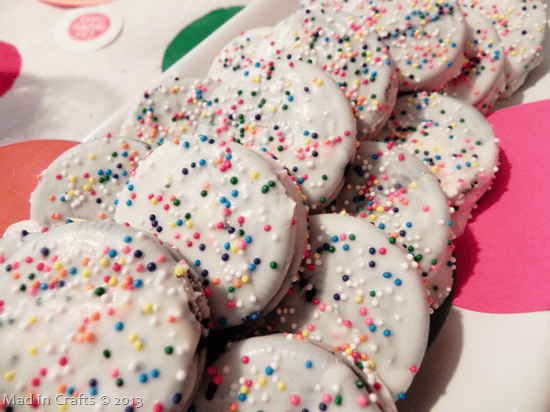 I had quite a bit of melted almond bark left after dipping just half of each oreo, so after the bark cooled on the cookies, I went back and dunked them again.  It was a little messy, but the cookies were even more party-ready totally coated in bark and sprinkles. 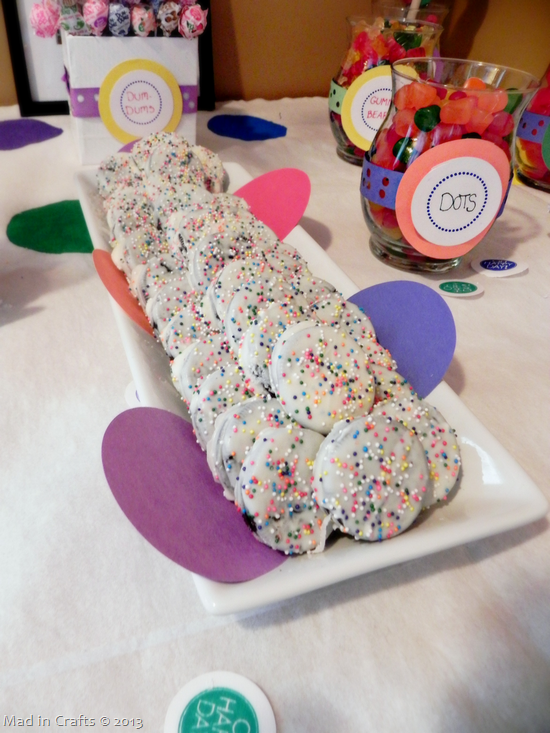 The sprinkle cookies tied right in with the confetti dot theme of  the candy table, but you could customize the color of the sprinkles and the almond bark to match any party theme.