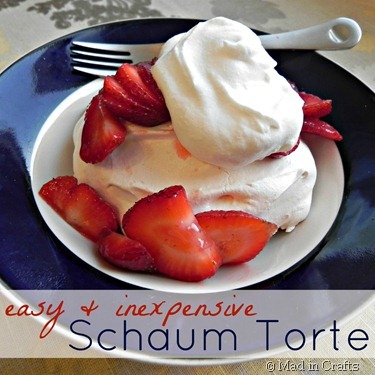 If you are looking for an elegant, inexpensive dessert for a Mother’s Day brunch or a wedding shower, Schaum Torte is your answer.  In German, Schaumtorte literally means “foam cake,” and this light, crisp dessert is pretty and tasty.  If you aren’t from the Midwest, you probably know this dessert as pavlova or just meringue.  Whatever you call it, you know it’s delicious!

How to Make a Perfect Schaum Torte

Meringues have a bad reputation for being fussy or difficult to make, but if you follow a few simple guidelines they are nothing to be scared of.  The best part of this recipe, besides how delicious it is, is that you likely have the ingredients in your house right now.  And if you don’t, you can buy them for almost nothing.

Pick a sunny day to make your schaum tortes.  High humidity can keep your tortes from getting crisp like they should.  If you need to, you can make the schaum tortes a few days ahead of time, and store them in airtight containers or food storage bags until you serve them.  Just be careful where you store them because they are fragile.
To get started, you will need to separate the egg whites from the yolks.  It is crucial that NONE of the yolk makes it into the egg whites.  The fat from the yolk totally messes up the schaum torte.
If you have a fancy egg separator, go ahead and bust it out.  I just transferred the yolk from one half of the broken shell to the next until the whites were removed.  Whichever process you use, I suggest separating the whites into a bowl other than your mixing bowl in case you do get a little yolk in the with the whites.
If yolk does sneak in, fish it out with a clean spoon, not your fingers.  Your fingers have oils that will also mess up the schaum torte. 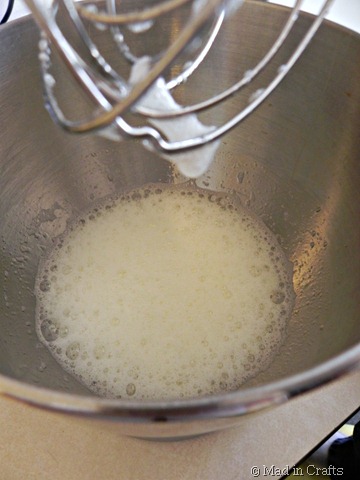 Once the whites are separated, pour them into stainless steel or copper bowl and beat them until they are frothy.  You really want a stand mixer or electric hand beater for this dessert. Heaven help your biceps if you are doing this by hand.
Add in the cream of tartar and the vinegar.  Something science-y about the acids makes the egg whites begin to firm up.  Turn the mixer back on, and let her rip. 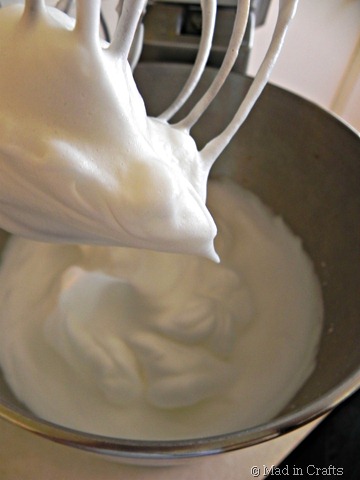 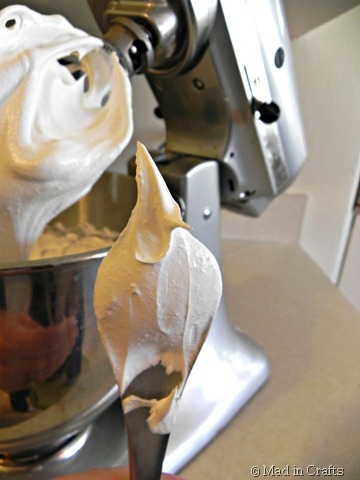 Keep mixing until the mixture forms stiff peaks.  Stiff peaks will stand straight up from your spoon like a tiny little mohawk. 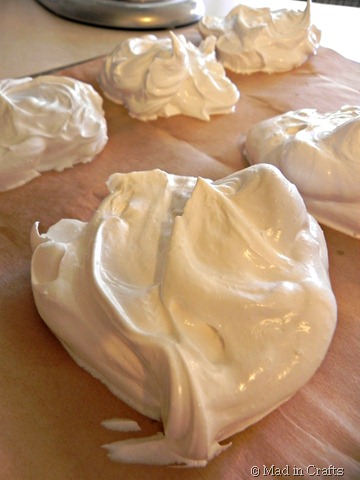 Now you can spoon your schaum torte mixture onto the paper lined baking sheets.  If you are concerned with uniformity of size and shape, you can trace a bowl onto your paper as a guide.
Put the tortes into the oven at 250 degrees for one hour.  After one hour, turn the oven off BUT DON’T OPEN IT!  Leave the tortes in the turned off oven for another hour. 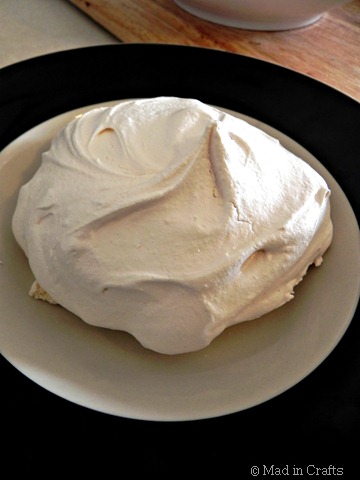 When you remove the baking sheets from the oven, the tortes should peel right off the paper. 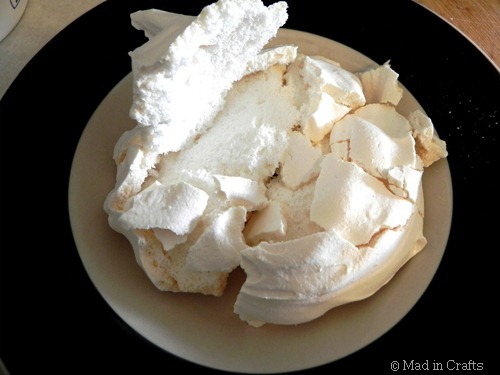 When you break into the schaum torte with your fork, it will kind of shatter and fall apart into sugary goodness. 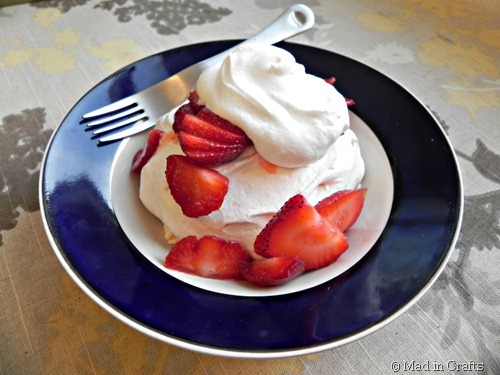 You can top a Schaum Torte with just about anything; you can customize your dessert to your tastes, theme, or color palette.  The way I am most used to eating Schaum Torte is with a healthy helping of macerated strawberries and a HUGE dollop of whipped cream.  The tortes would also be fantastic with chocolate syrup, lemon curd, blueberries, or whatever you have on hand. The schaum torte itself is VERY sweet, so you don’t need to add too much sugar to your toppings. 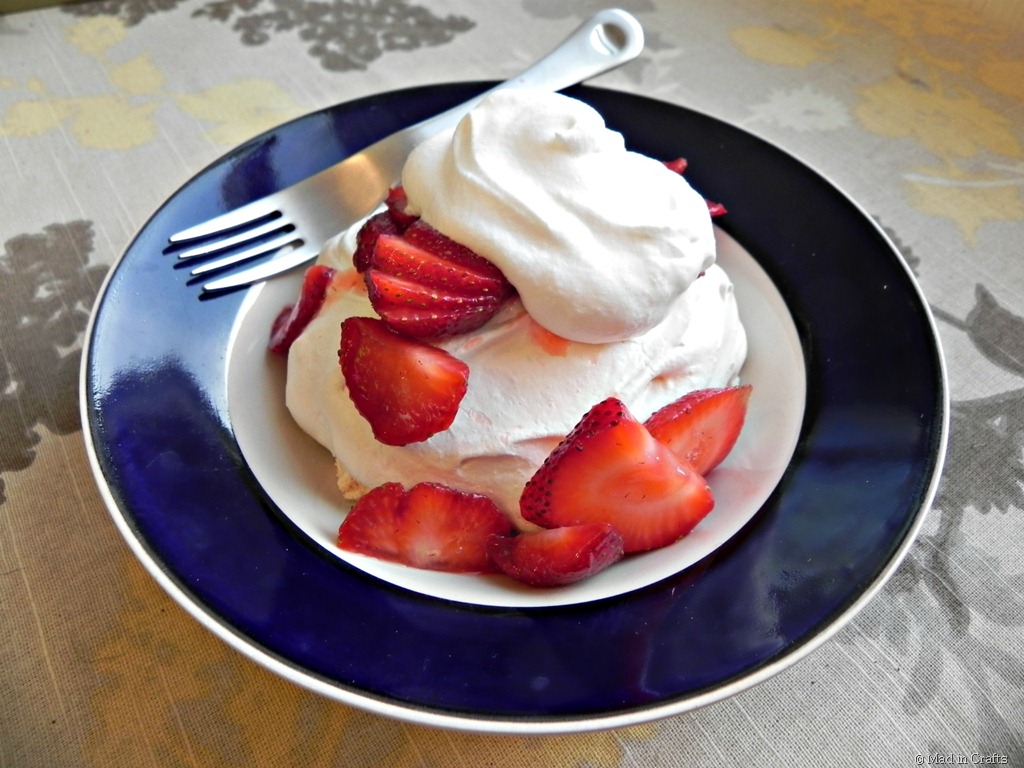 Check out these other delicious dessert recipes: 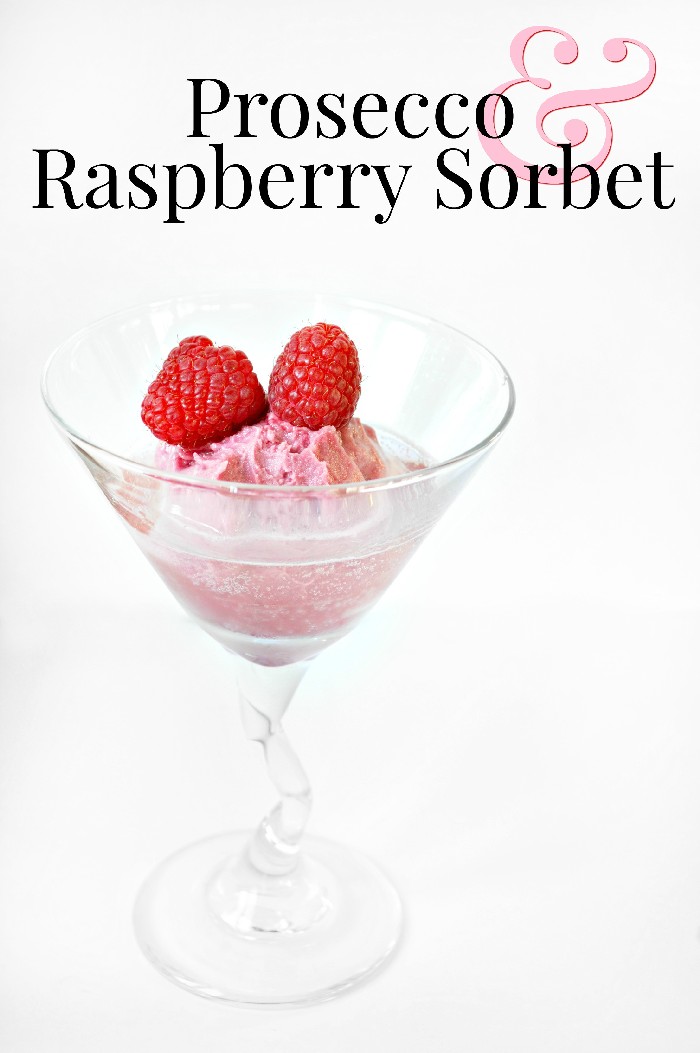 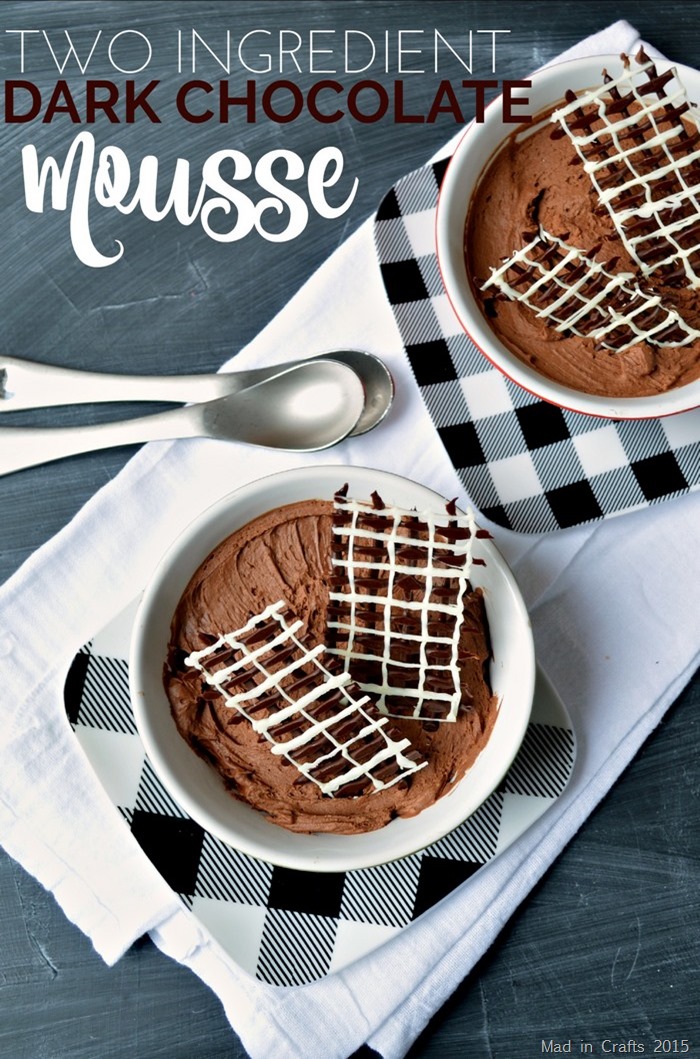