.
So, this is not so much a question asked of me as it was a desperate plea for mercy on behalf of several exasperated blog readers.  What is the correct usage of the French word that is often uttered with a flourish at the completion of a significant task?
WHAT IT IS
The word voila is a French word, literally.  It is a French word that has been absorbed into English usage as is, much like the word faux.  Pronounced “vwah-LA,” the word voila can be translated as “There you have it.”

EXAMPLE:
Voila!  I completed the faux finish on my boudoir walls to match my toile duvet. 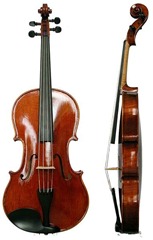 This is a viola, a bowed string instrument that is a member of the violin family.  It has nothing to do with a completed craft project. 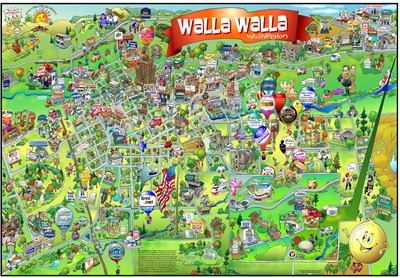 This is an illustration of Walla Walla, a city in southeastern Washington.  It likely has nothing to do with your craft project either.

source
Wallah is a rarely used noun meaning a person in charge of an occupation (for example: a book wallah, a kitchen wallah, or a mendhi wallah as seen above).  While you might be considered a craft wallah, it’s a little weird to yell out your occupation at the completion of a task. 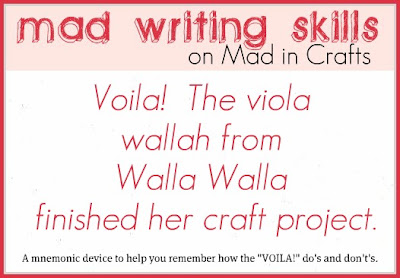 Pin It
That’s not really going to help is it?
Do you have any blog writing questions?
Comment here or on my facebook page, tweet me or send me an email with any and all questions you have.  I will answer as best as I can, and, if I don’t know it myself, I will do the research for you!