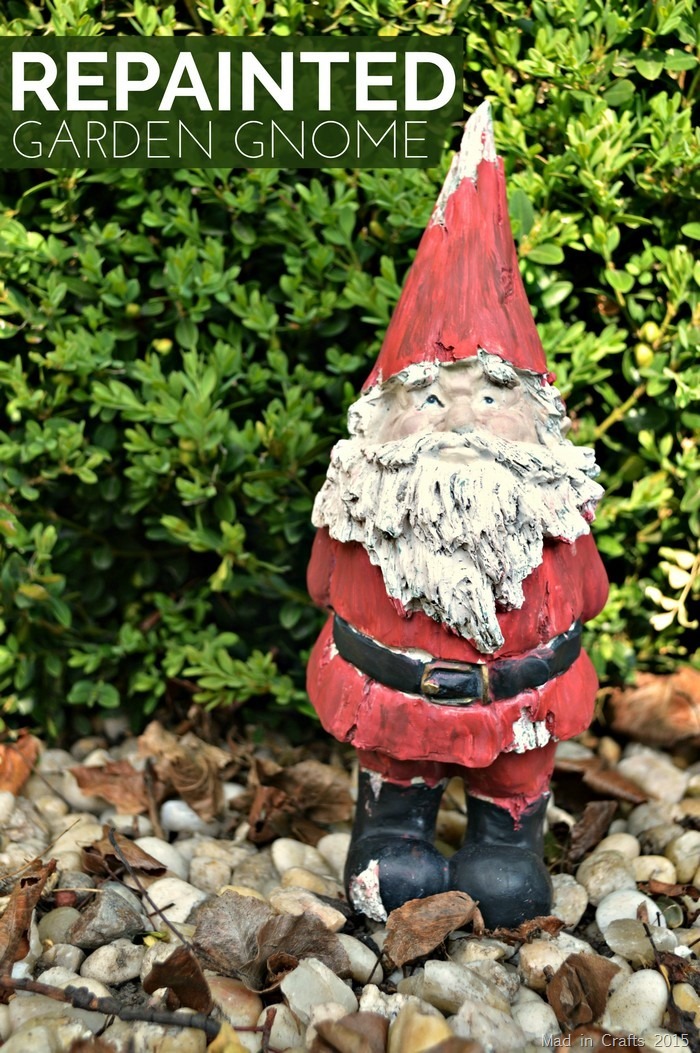 I am not sure where on the “acceptably cool” scale garden gnomes fall these days.  Are they tacky?  Ironically hip?  Don’t know and don’t care, I guess, because I love my front yard garden gnome.  He was looking neglected this Spring, so I spruced him up before placing him back in among our shrubbery. 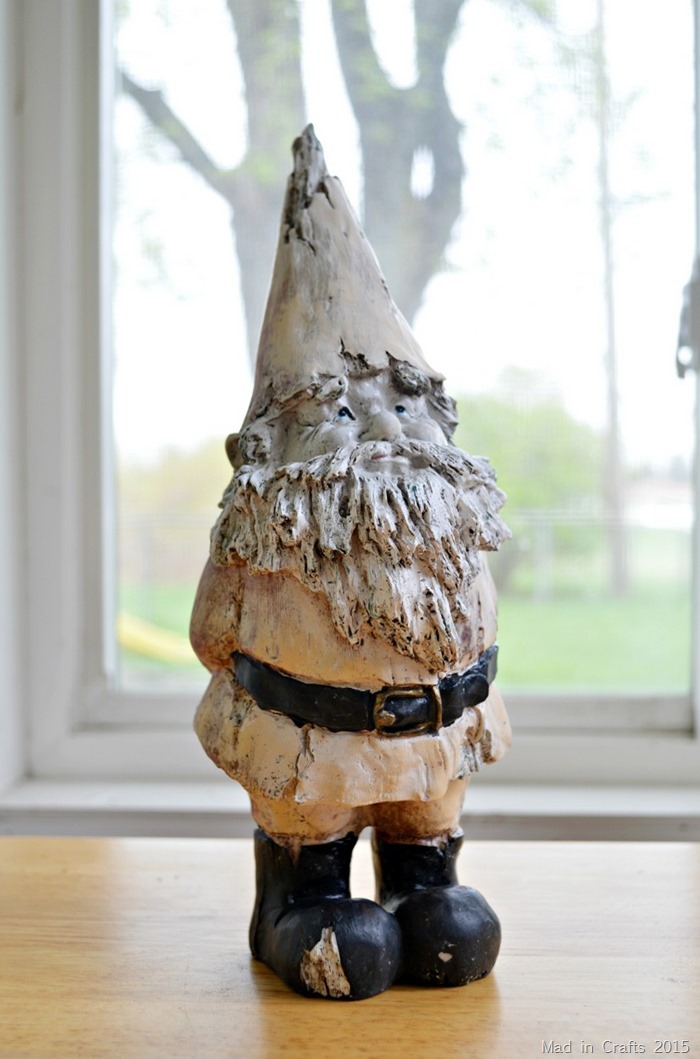 After being exposed to Michigan summer heat followed by Michigan snows, my gnome was looking more than a little worse for wear.  I rescued him from the landscaping and washed him up. 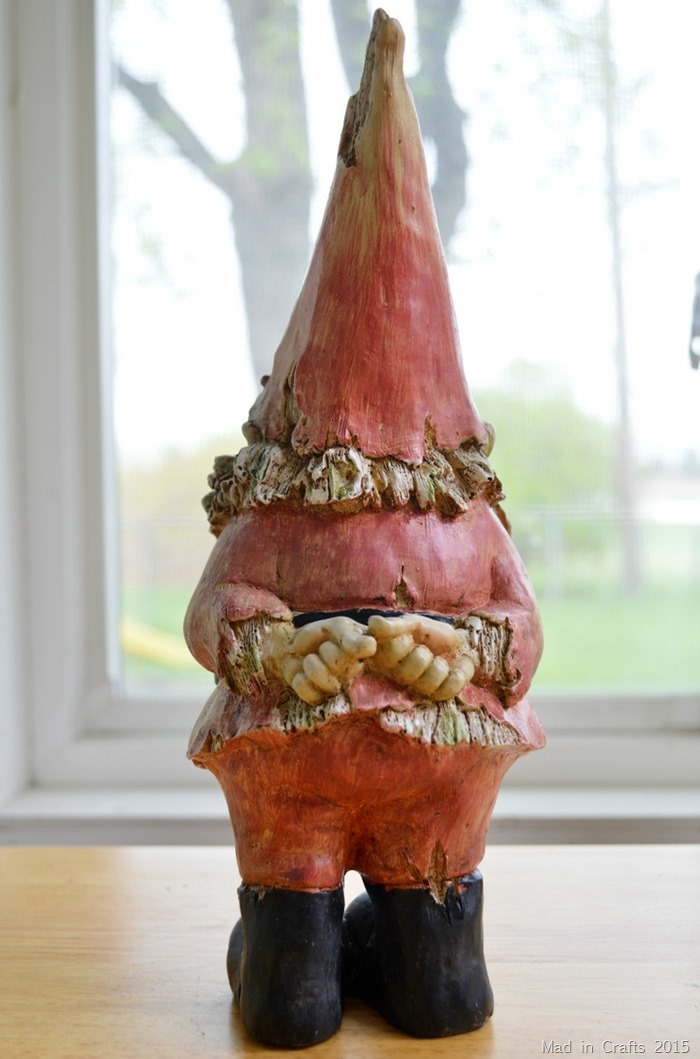 The gnome’s backside is protected from sun bleaching by some shrubs.  You can see here what his paint job used to look like.  I wanted to change up his outfit colors this year, but my four year old daughter insisted that he still be dressed like Santa. 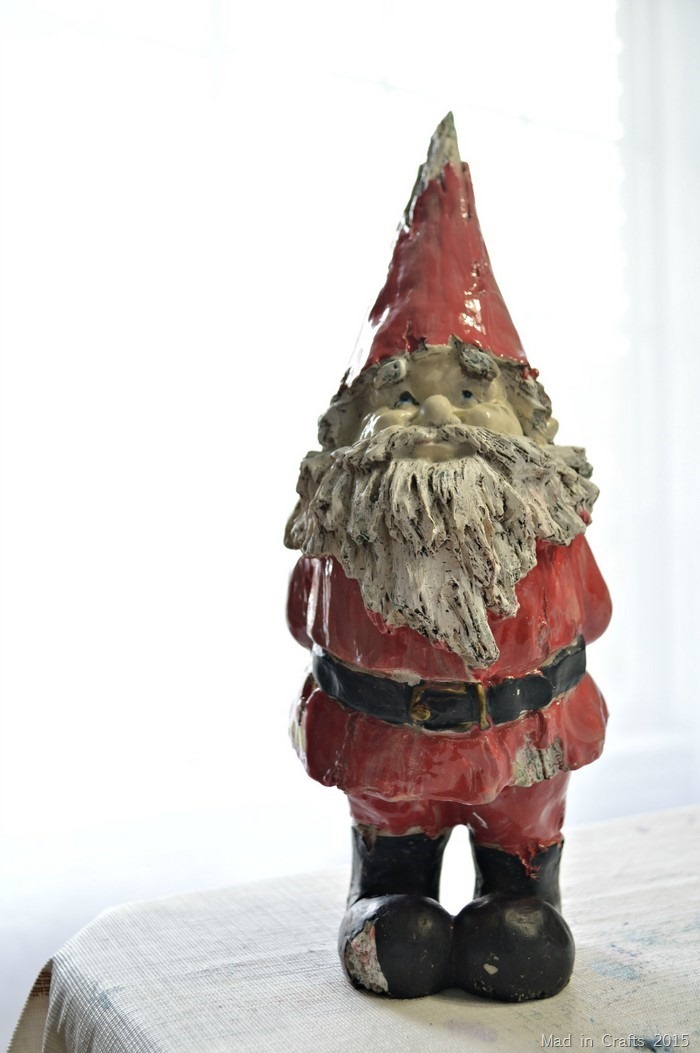 I started by giving the jacket, pants, hands and face of the gnome a base of beige paint.  While it was still a little wet, I added on a rough layer of dark red paint.  I wanted the paints to mix and blend a bit to give it a streaky, uneven finish like the original. 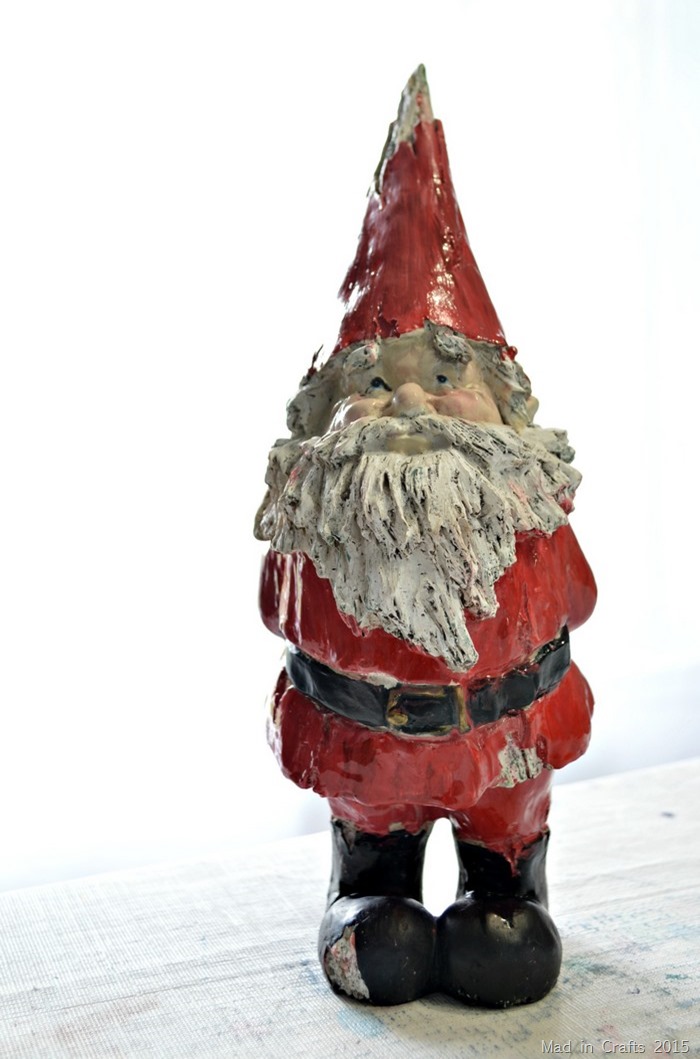 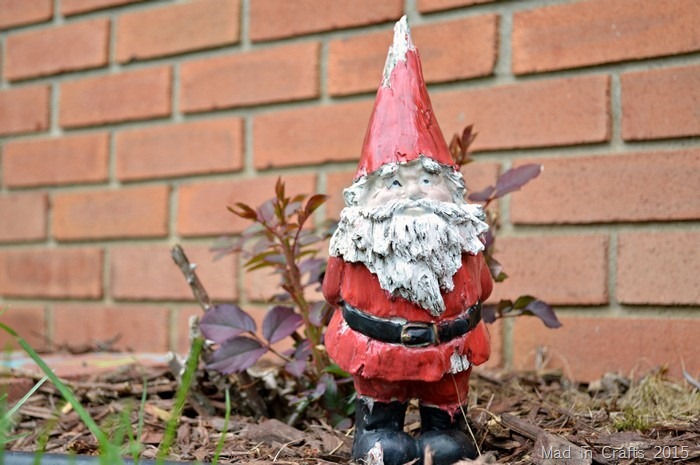 I think he looks much happier now that he has his color back, don’t you? 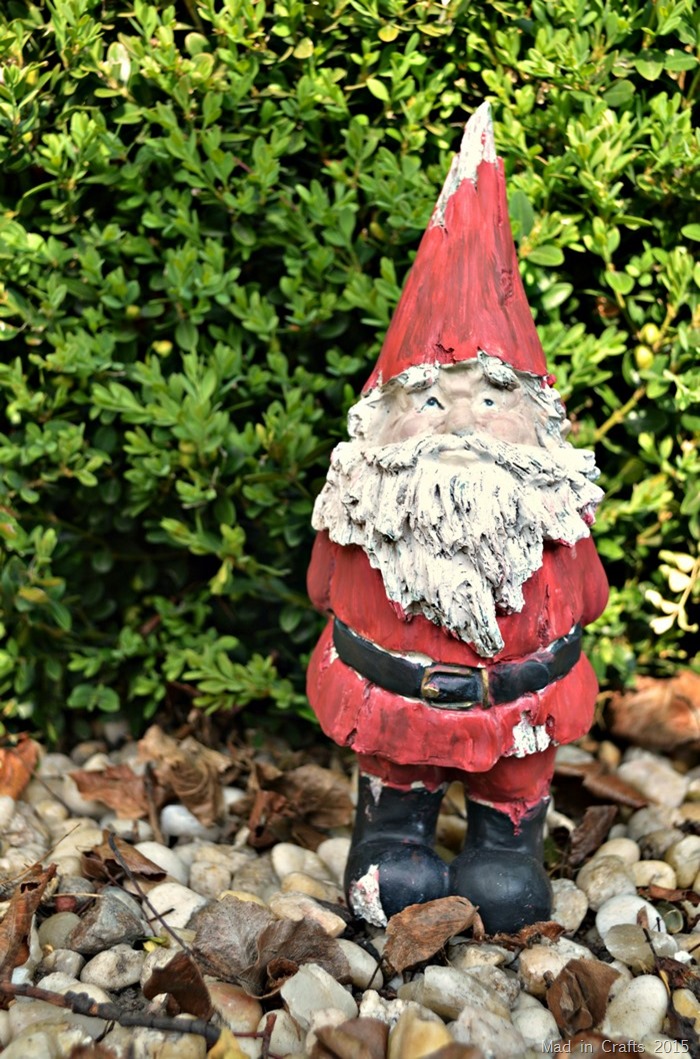