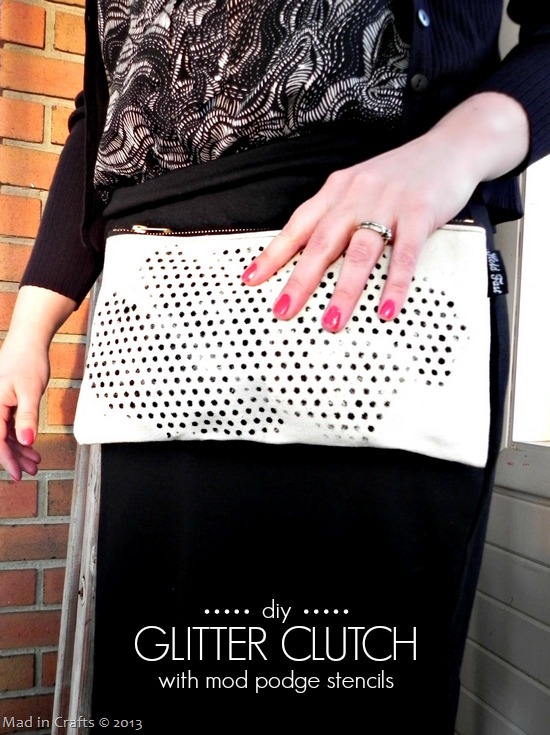 I have a confession to make:  I don’t own a nice handbag.  I have two serviceable purses, but even they aren’t in very good shape.  I’ve been carrying around a diaper bag for years now, and I can just throw my phone and keys into it and go.  I decided it was finally time for me to have a bag that I could take out to dinner with me –one that wouldn’t have to be emptied of baby wipes and crayons before leaving the house.

Using Plaid’s new line of Mod Podge Rocks! stencils I was able to DIY a fashionable clutch for a night out on the town.  Watch the brief video below or scroll down for the step out photos.  Be sure to subscribe to my YouTube channel for more creative tutorials like this. 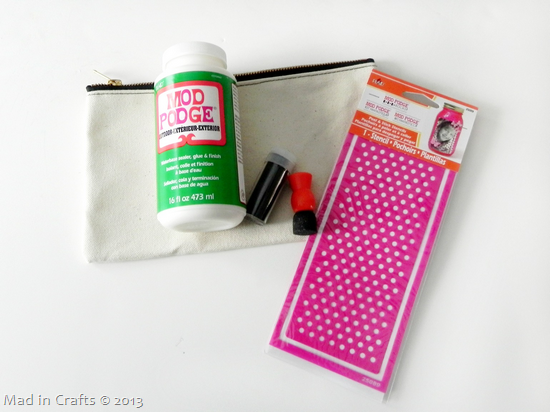 To make a DIY Glitter Clutch. you will need:

Some of the following links are affiliate links and I may receive compensation if you purchase after clicking the links. 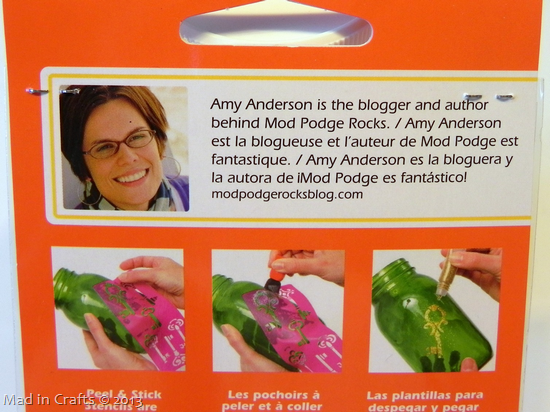 Even though I was excited to try the stencils just for the fact that they sounded like such a great product, I was even more geeked about them because the new line is the brain child of my friend Amy from Mod Podge Rocks!  She worked very hard to get these products launched, and I am thrilled for her! 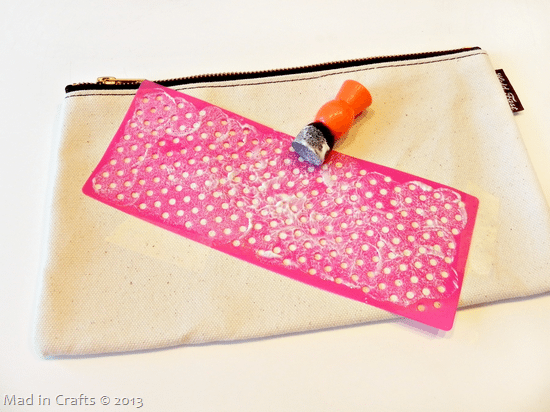 I positioned the stencil on my bag and held it in place with a bit of clear tape (you can just barely see it in the picture above).  Then I used the spouncer to apply a coat of Mod Podge.

Full disclosure:  I used the outdoor formula of Mod Podge because it is what I had on hand.  It is very durable and can stand up to some exposure to water.  BUT IT IS NOT WATERPROOF.  If you use the outdoor MP, I don’t advise washing your finished bag.  Ideally, you would use Fabric Mod Podge for this project. 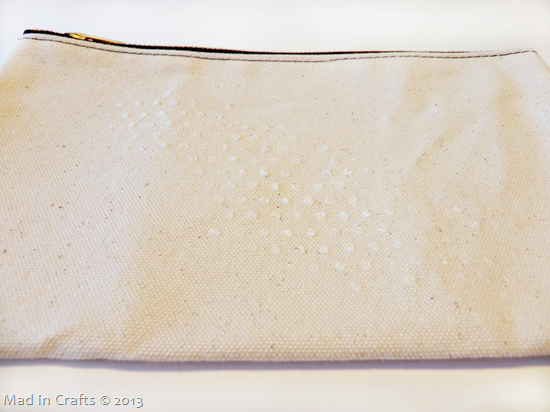 After I covered the stencil with Mod Podge, I carefully peeled it away from the bag. 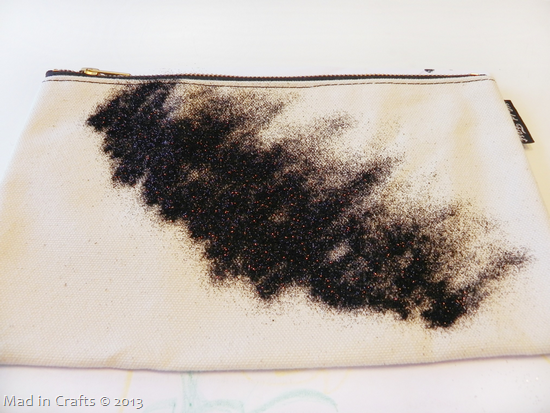 Next, I shook loose black glitter all over the wet Mod Podge.  This is a glitter project.  You will make a mess.  Embrace the mess. 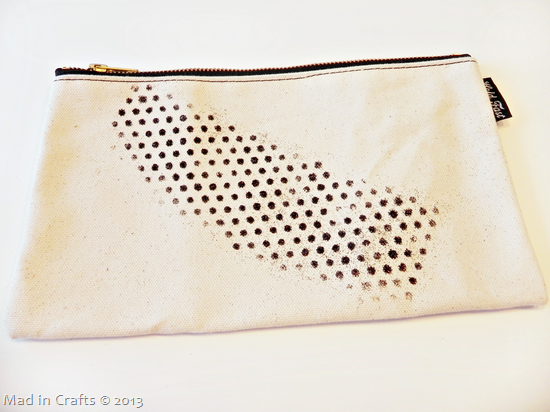 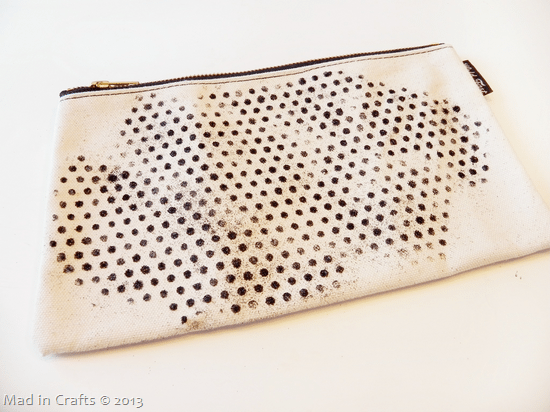 Repeat until you have as much polka dot coverage as you would like. 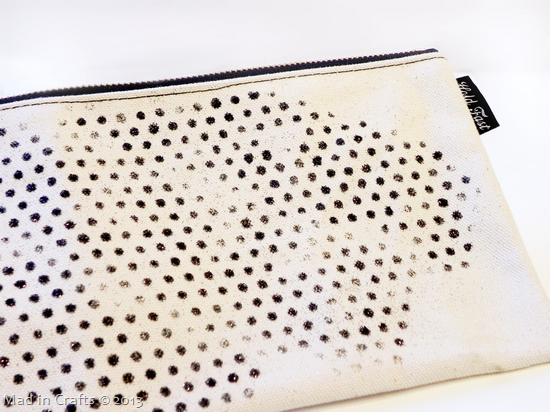 After the Mod Podge has dried, you can give the bag one last good shake over the garbage to get the last of the loose glitter off. 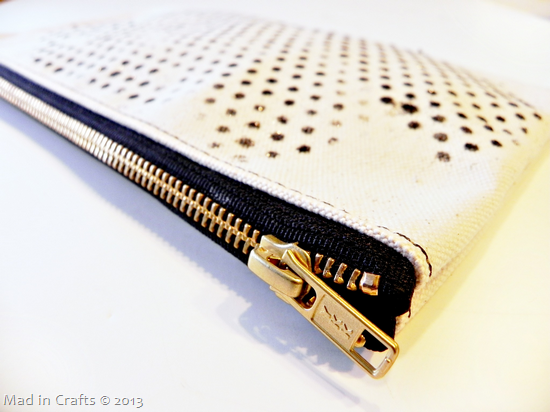 If you would like, you could add a chain or shoulder strap to the bag.  I chose to leave it as a simple clutch. 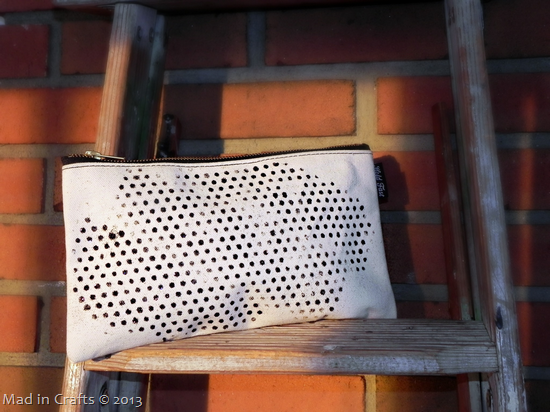 I love the gritty, uneven pattern of the polka dots.  I also like how versatile the peel & stick stencil is.  The Mod Podge stencil produced these fabulous results on a surface for which it was not designed, but it will also provide a sharp, clean polka dot pattern when used on glass or wood, for example.  It’s a very cool product. 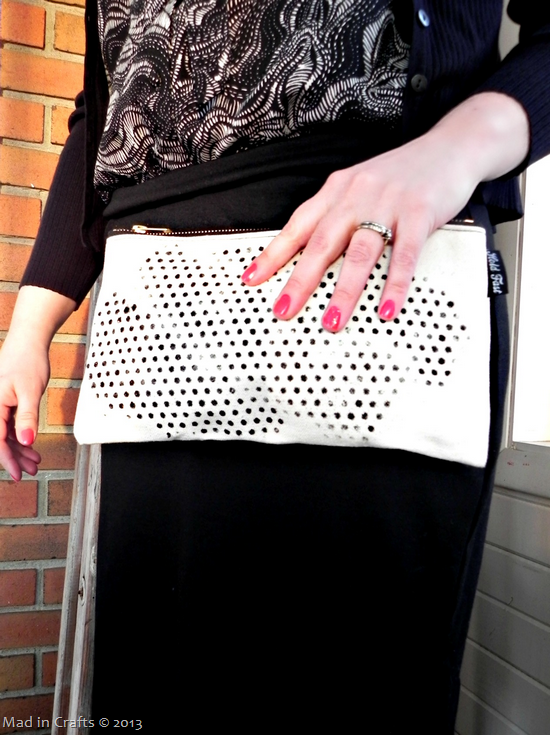 I think the finished bag has an edgy look which will contrast with the more basic pieces in my wardrobe. 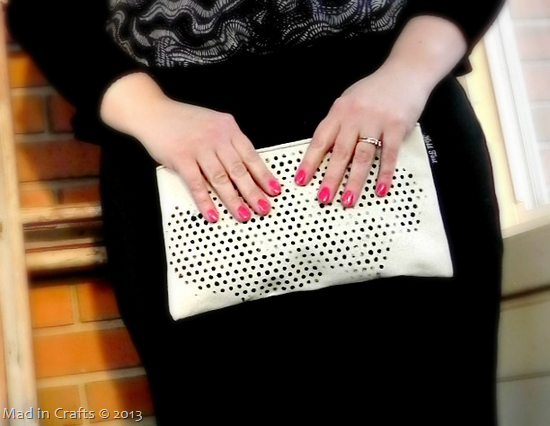 Would you like to try out a stencil from the new line of Mod Podge Rocks! stencils?  Of course you would!  One of you will win a new Peel ‘n’ Stick stencil (pattern chosen by Amy Anderson) to try out for themselves.  Enter using the Rafflecopter widget below. 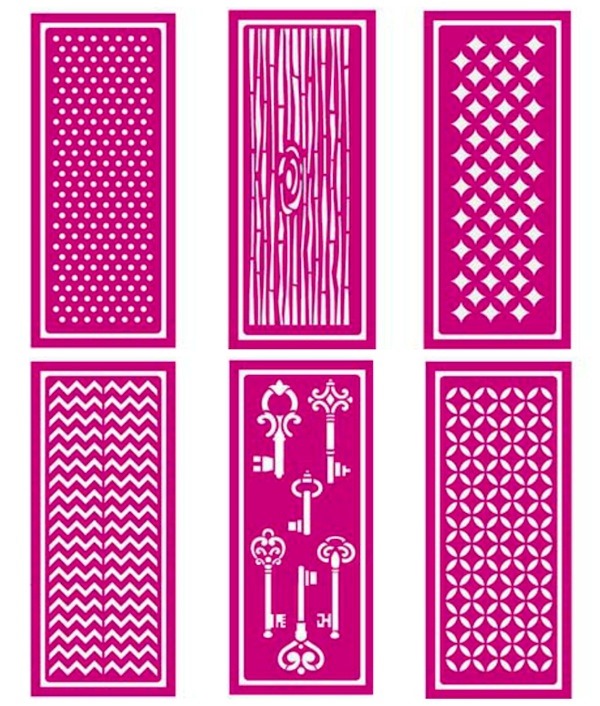 If you can’t wait to get your hands on these new stencils, you can find them for sale at Michael’s or online in the Plaid store.