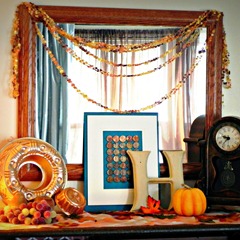 After seeing this picture of ombre pennies arranged by oxidation, I was fixated on creating some ombre penny art of my own.  What did I learn?  Creating ombre penny art isn’t as easy as you might think.

Bob Dinetz created this image for a New York Times piece on the neglected penny.  Isn’t it stunning?

Obviously the first step in creating something similar was to find a mess of pennies in different stages of oxidation. 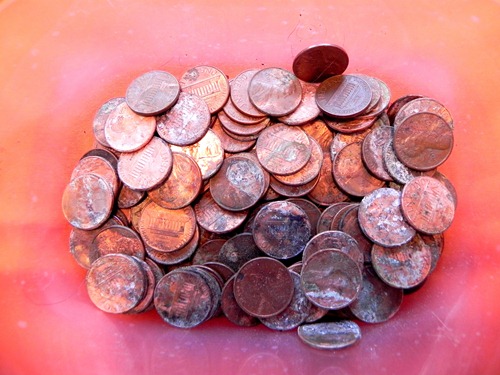 I gathered up all the pennies I could find in the car, junk drawer, dryer, etc.  These pennies didn’t have nearly as much variation in color as I needed.  Most of them were just dirty messes.

An experiment was in order.  I researched several ways to shine pennies and tried a few of them out. 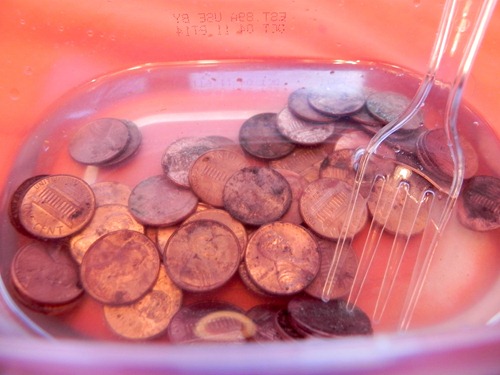 First, I tried just soaking some of them in white vinegar. 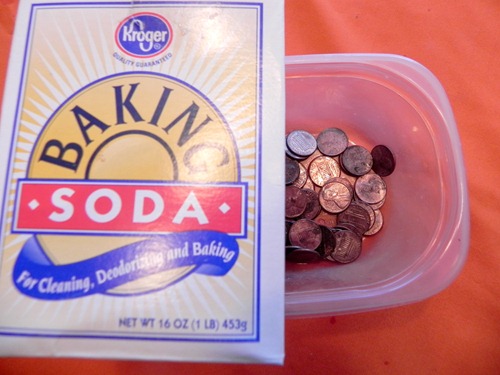 While those pennies were pickling, I gave another batch a bath in baking soda and white vinegar (no volcanic eruptions occurred – don’t worry). 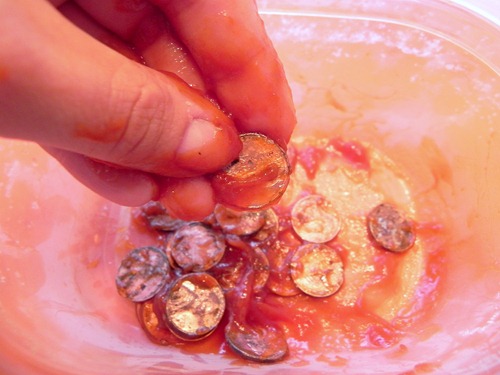 Finally, I gave a third batch a rub-down with good-old all-American ketchup.  Ew. 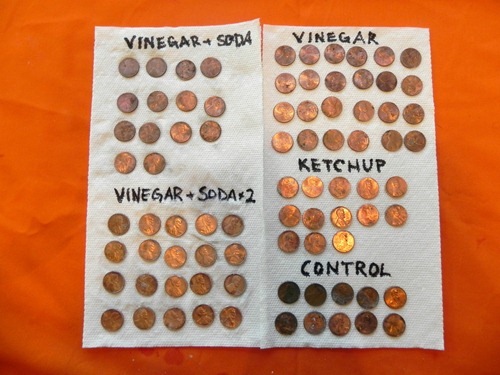 Here are my oh-so-official findings: 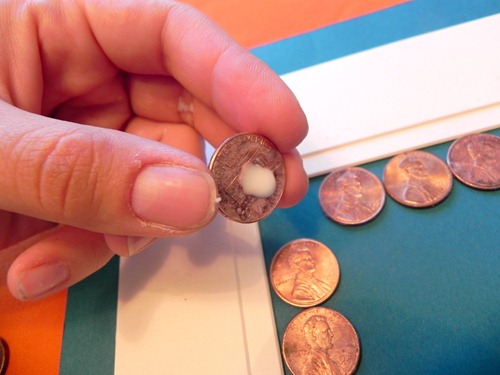 Once I had my pennies shined, I arranged them by most copper to most patina-ed (that’s not a word) and began gluing them onto some dark teal cardstock, always keeping Honest Abe front and center. 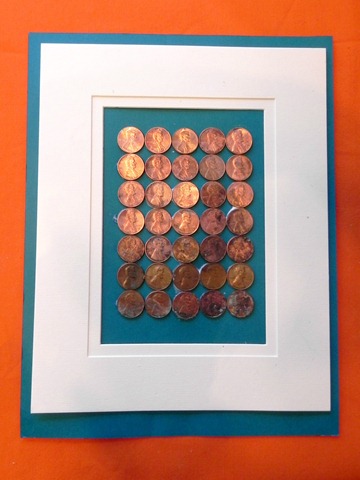 You can see that I was able to get a decent variation in shade from the pennies. 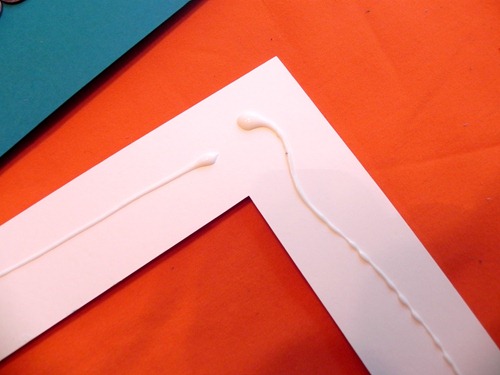 I glued a simple white mat from Dollar Tree to the cardstock as well to make a focal piece for my fall mantel. 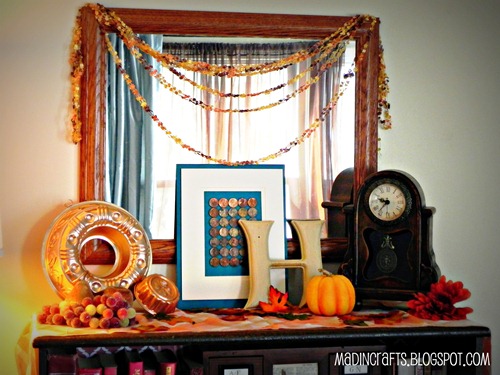 Since my Fall decorating colors are shades of teal, orange, aubergine, and copper, the ombre pennies are an unexpected, but cohesive touch.

I also set out a few copper baking molds which, although they aren’t really Fall décor, fit my color scheme nicely and are vaguely pumpkin-shaped. 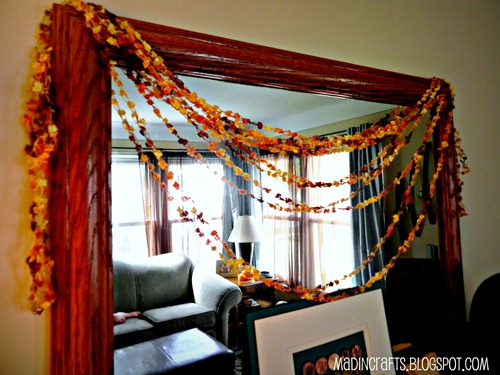 I made the autumn colored swag by using some thread/yarn/string that I bought from the Target dollar spot YEARS ago.  I just did some long crocheted starter loops and draped them over the mirror.  I like how it looks like the mirror is wearing a necklace.

The yarn fades from one color to another, so it ties in with the ombre of the penny art. 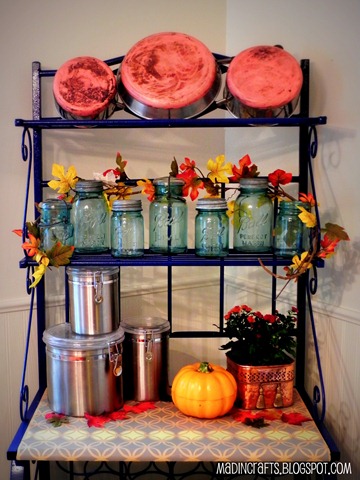 Bonus tip:  Ketchup also shines up the bottoms of copper pots and pans, like the ones I displayed on the top shelf of my baker’s rack.

Are you rocking any of the ombre trend in your house?