You are here: Home / DIY / DIY / Misadventures in Painting 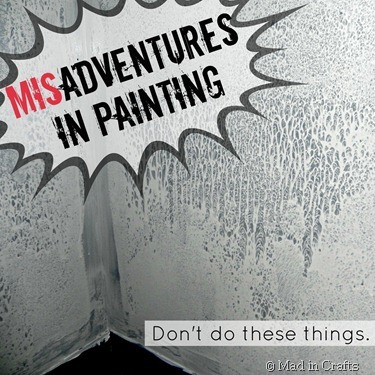 Painting The Mad House wasn’t all sunshine and lollipops.  After doing some research and pricing, I decided to use the new Clark+Kensington paint line from Ace Hardware.  Or, if you are my dad, the new Lewis+Clark line from Ace Hardware.  The idea that it was a paint and primer in one (I know it’s not really paint and primer but a higher pigmented paint) made me think we could save both time and money in the end.
Turns out?  Not so much.
We ended up spending just as much time and money on paint as we would have had we just primed and painted separately.  Live and learn.  And, by that, I mean we lived it, so you can learn!
We first bought a few gallons of Clark+Kensington flat paint in Designer White.  That seemed to cover the ceilings just fine, although to be fair we WERE painting white over white.  It was when we ventured into the worlds of eggshell and satin that the plan began to break down.

via Ace Hardware’s facebook page
Clark+Kensington has a beautiful shade of grey-blue called Lucky Charm that I thought would be beautiful in the master bedroom.  We had the very friendly worker at our local Ace mix it up for us and we brought it home.  After painting the room and allowing it to dry, I noticed this. 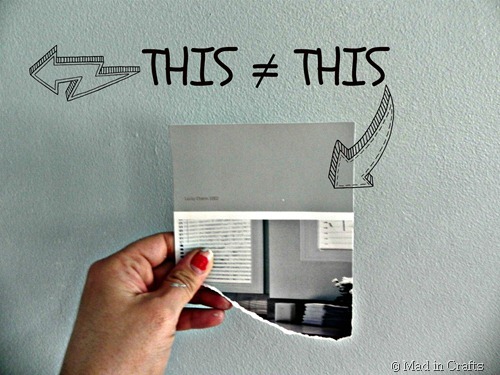 As different as it looks in this picture, the difference was even more dramatic in person.  The master bedroom must have some weird lighting issue because the man who mixed our paint at Ace touched some of the paint right onto the chip and dried it, and it was an exact match.  But on the walls, it was not close.
I don’t think it was an issue of what we were painting over either.  The original paint color was a barely green shade of white.  That shouldn’t have affected the C+K paint. 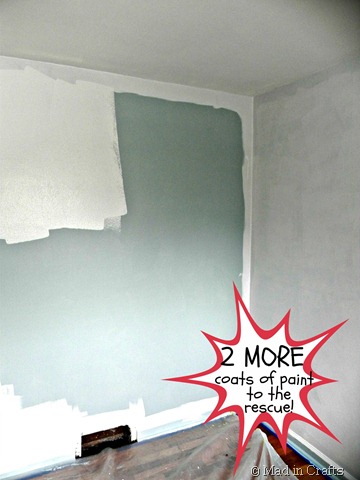 We bought a gallon of Clark+Kensington eggshell paint and had it color matched to the Ace Royal color Silver Anniversary.  The color was very nice, but the eggshell did not begin to cover the Lucky Charm.  All in all, we painted this room 3 times.
Undeterred, we bought a gallon of eggshell Clark+Kensington paint in Baby Elephant, a sophisticated greige. This is the coverage we got. 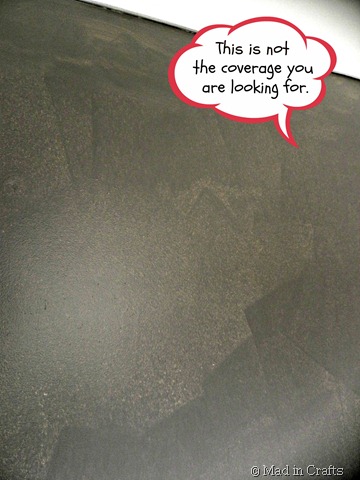 C+K fail #2.  There is no reason this dark shade should have had a problem covering a tan wall.  Thinking that perhaps our Ace hardware had been shipped a bad batch of eggshell base, we switched to satin and bought another gallon of Baby Elephant to cover this mess.
I don’t even have a picture of that catastrophe.  I left my dad alone to second coat while I got my kids to nap.  When I got back to The Mad House, Dad was, well, MAD.  The C+K satin paint had sagged like crazy.  It was like painting with maple syrup.  He was frantically running around the room cross-hatching the paint to remove the drips, but the paint was sagging and re-sagging faster than he could keep up with it. 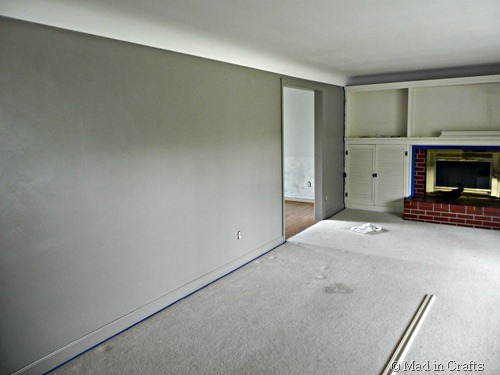 Fortunately, after lots of carefully chosen words and more cross-hatching, the wall dried in an acceptable way.  If the sun catches the wall just right, you can see the cross-hatching but that’s preferable to a million drips.
That was the end of our experience with Clark+Kensington paint.  Three strikes, and you are out.

The people at our local Ace were VERY HELPFUL, and allowed us to return the gallons of C+K paint we no longer wanted.  For the rest of the house, we switched to Ace Royal paints and have not been disappointed.  The coverage and viscosity of the paint are light years better than the Clark+Kensington.

Moral of the Story:  Don’t buy Clark+Kensington.  Ace Royal is similarly priced AND MUCH BETTER!
Then I tried to prime the family room and this happened… 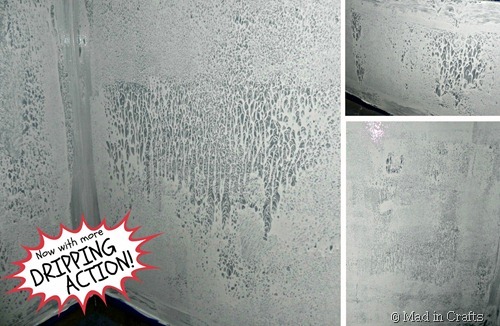 We picked up a gallon of KILZ latex primer to cover the bottom half of the family room.  I invited my cousin over to help me, but two walls into the process we stopped dead in our tracks.  Because THAT happened.  This is was completely my fault.  KILZ is a very thin primer, so it has a tendency to run.  But it runs even worse when you don’t stir it properly.  Whoops.
Moral of the Story: Next time you buy primer, have the hardware store shake the can for you.
Do you have any painting horror stories?  Please tell me, so I know I am not alone in my misadventures!