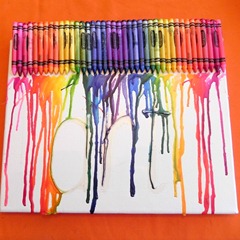 ‘
Everybody in the DIY game is either making or pinning one of these melted crayon pieces right now, it seems.  Not wanting to be left off of the bandwagon, I made one too. 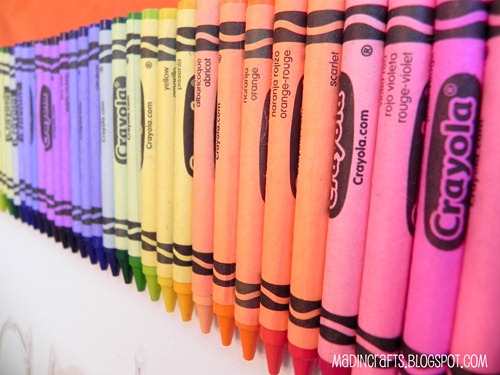 I picked up two boxes of Crayolas when they were on back to school sales for something like 40 cents apiece.
I hot glued them on in a sort of double rainbow because it’s so intense.  What does it MEAN?!? 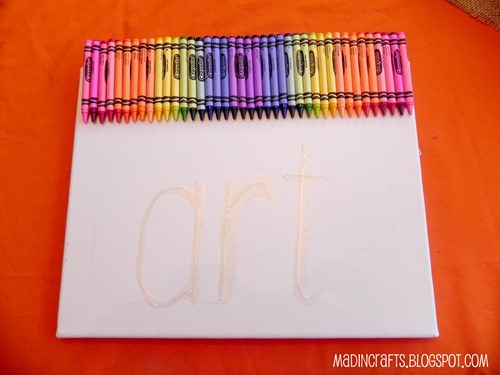 My spin on the melted crayon trend was to use hot glue to write the word “art” on the canvas before melting the crayons.  My hope was that the wax would melt down around the letters, so that you could still read them. 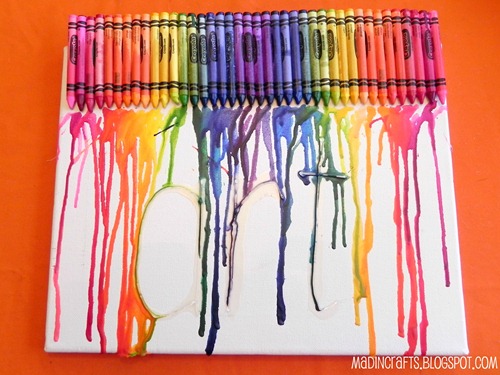 It worked… sort of.  I think that the idea is a good one, but I might not have executed it properly.  The hot glue wasn’t flush with the canvas everywhere so the wax leaked underneath in places.
Somebody with a steadier glue writing hand should try it out and get back to me with the results! 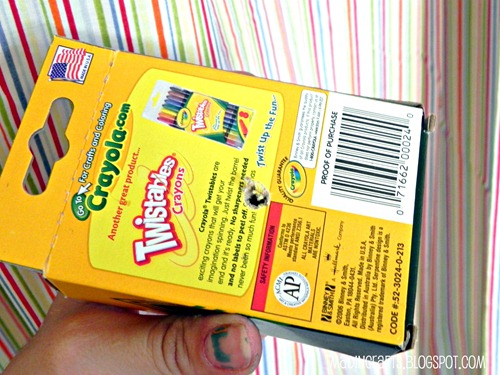 The melted crayon canvas is going to hang in the kids’ toy room above a display of their artwork.  My son just started preschool, so he is going to be bringing home a lot more of it!
I am using the same technique that I used for my PB Kids Art Display Knockoff, just with a few tweaks.  Instead of using craft foam shapes at the end of the wire I decided to hang the boxes from the Crayolas I used for the canvas.Just stab a hole in the back of the box… 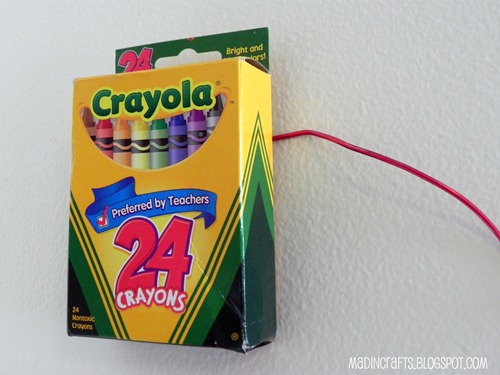 …and hang it from the nail.  Simple! 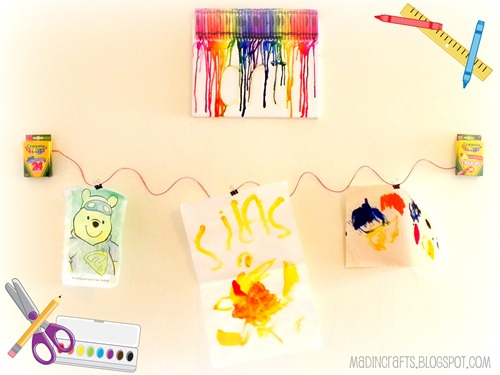 There.  A lovely, pristine art display in my fully organized, immaculate toy room. 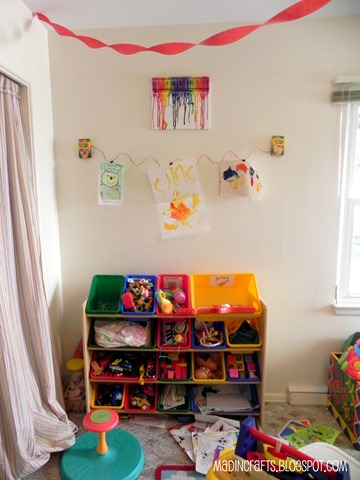