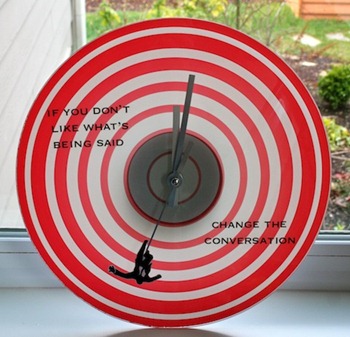 Hallo! It’s Amy from Mod Podge Rocks. Jess is a stinkin’ genius for coming up with this Mad Men DIY series. And we all needed something to do while waiting the 3.5 years for the new season, right?

When I think of Mad Men, I think of two things: the falling man and Don Draper’s illustrious quotes. I want to be like Don – I want to say something brilliant and then no one speaks. Sadly, this doesn’t happen. For my project, I decided to bring together the falling man and a DD quote into one craft: behold, the Falling Man quote clock! Do you see that falling man? He’s on the second hand, so he’s constantly falling (well, he has to go back up to fall again). And I used rub-ons to commemorate one of my favorite quotes from Don. Here’s how I did it. 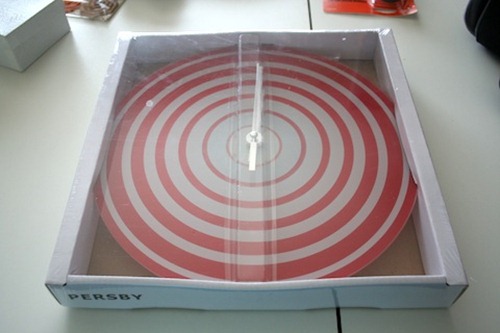 Choose a clock to use as your “victim.” If you don’t have a fancy clock like mine, you can purchase any clock and Mod Podge a sheet of paper to the back (Ashley did it here). Rub-ons work on paper as well. 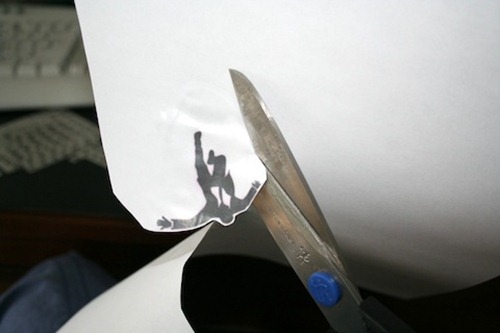 Tip: If you have an inkjet printer, spray seal the dude with clear acrylic spray before Mod Podging so that it doesn’t bleed. 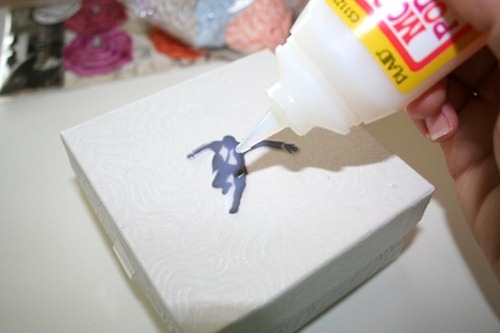 Put Dimensional Magic on top of the falling man and set

him aside to dry. 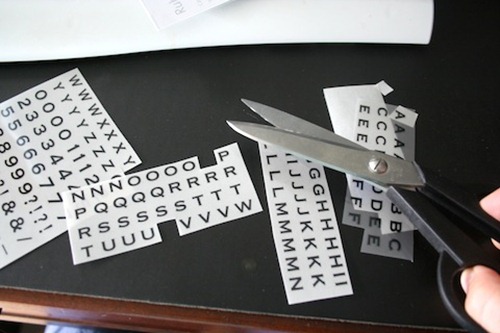 Decide on a phrase and cut out the rub-on letters to spell it. 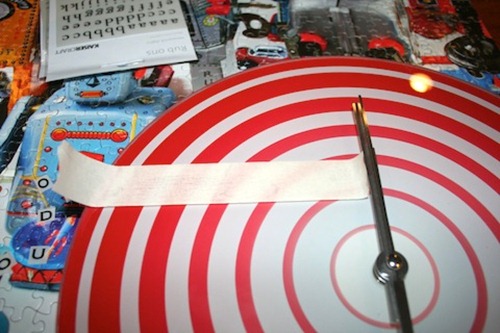 This is where it gets a little tricky. I used the tape on the face of the clock (which was glass) to help me line up the letters correctly (straight). I eyeball things – if you don’t feel comfortable eyeballing, then get a ruler out and measure.  I split my phrase into two separate chunks to go on either side of the clock. I highly recommend this if you have a longer phrase.

Tip: If you didn’t have a fancy clock and you Mod Podged one, use stencil tape (NOT painter’s tape) and don’t press down too hard. You don’t want to ruin the paper. 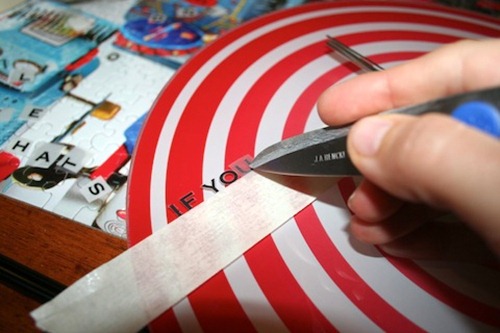 Start rubbing down letters carefully – make sure the entire letter is down before peeling up. 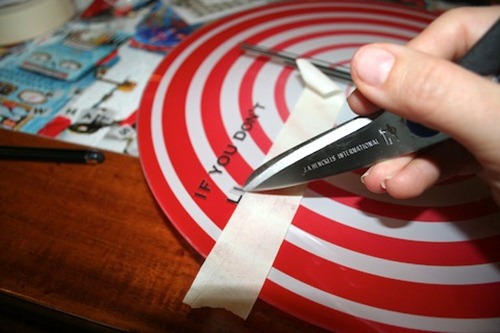 I continued until all the letters were on. Took about one hour and an episode of Property Virgins! 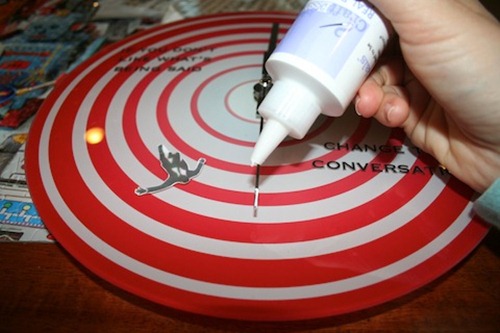 Your falling man should be dry. Be careful not to crack him by bending him (bending DM on paper DOES crack it). Glue him carefully to the second hand. 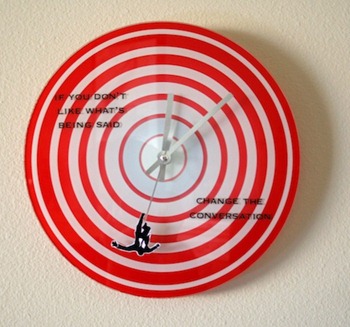 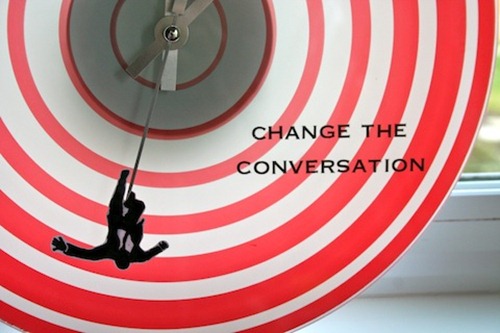 Entertain thousands (or just your husband) with your falling man quote clock. Come see me any time at Mod Podge Rocks, and a big thanks to Jess for including me in such an awesome series.

Isn’t Amy fabulous?  And I NEED that clock.  Need.

Amy writes for her popular blog, Mod Podge Rocks, for Babble, hosts FaveCrafts radio program, and just finished writing a book.  So she does some stuff. Big whoop.  I kid!  Amy is fantastic, and you should all visit MPR if for some crazy reason you never have!