I guess it’s only fitting that my first entry be related to both crafting and books, two of my favorite things! I decided that for his second Halloween, my son (mischief maker of the highest order) would make a perfect Max from one of the best children’s books of all time: “Where the Wild Things Are.”

You would think that with the movie in theaters and all that there would be Max costumes in every store in town. Not so much. Enter my “brilliant” decision to once again *make* his costume. (I made him a Tuck the Wonder Pet costume last year.)
Disclaimer: I have pretty much no real crafting skills; I just love crafting! I also tend to spend as little money as possible on my crafts, so I get a lot of my materials at thrift stores and the dollar store. If you are looking for fancy pants tutorials and expert advice, this probably isn’t the blog for you.

So, without further adieu… Here goes nothing! 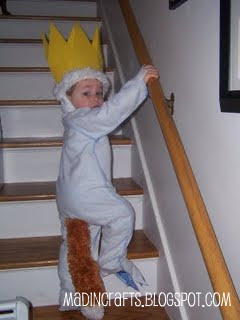 Here’s Max being sent to bed with nothing to eat!
To make Max’s King of All Wild Things crown, you will need:
1 piece of stiff yellow felt
one while Dollar Tree teddy bear
thread
scissors
hot glue 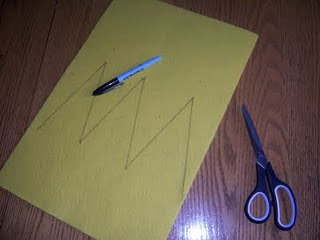 Start by marking off the points of Max’s crown down the middle of the felt and cut. If you are making a costume for an adult or older child, you may need more than one piece of felt. 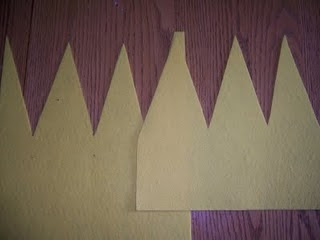 Overlap the crown’s points and sew. Fit the crown to the child’s head size, and sew again, making a complete crown. 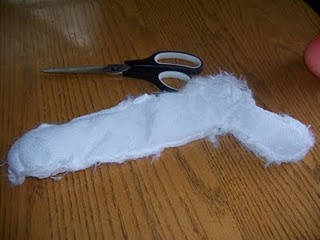 The fur trim on the crown will cost your Dollar Tree teddy an arm and a leg, literally. Cut off the arm and leg of the white bear, remove stuffing (save for later), and turn it inside out. 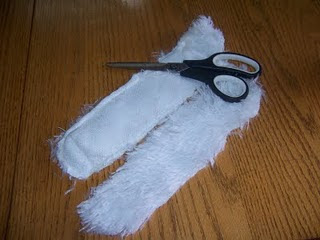 Cut along the seams or use a seam ripper to give you two strips of fur. SOOO much cheaper than buying a piece of faux fur… although it’s a little messier to cut. 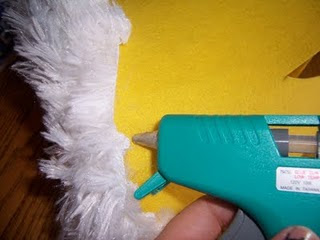 Attach the strips of fur to the bottom of the crown by sewing or hot glue. I used both. Because that’s how I roll. 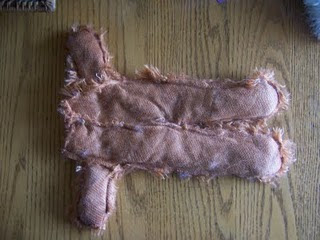 If you have a weak stomach, avert your eyes because the first step requires you to decapitate the brown bear! Sorry, Ted. Remove and save stuffing, and turn inside out. Cut off one arm and leg, but do not cut the seams. Sew up the sides to make a tube of fur. 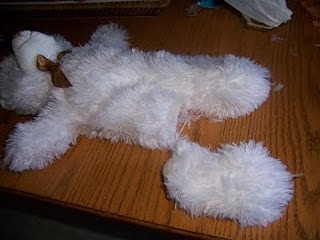 Cut off just one leg of the white bear. This is pretty grusome, huh? Well, it is a Halloween project! 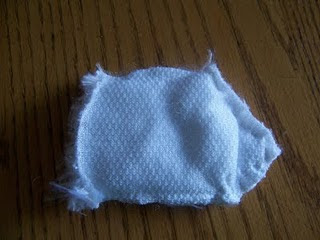 Turn the white bear leg inside out and sew a point at the end. Sew the white tip onto the brown fur tube. Are these directions making any sense? 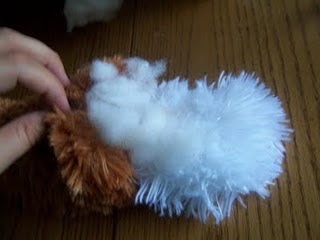 Use the stuffing you saved from inside the bears to stuff the tail so it’s nice and fluffy. 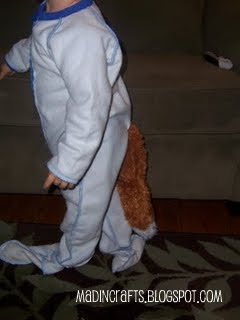 Pin the fox tail to the backside of the costume. What costume, you ask? Hold your horses, I’m getting to it. 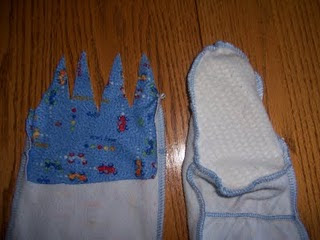 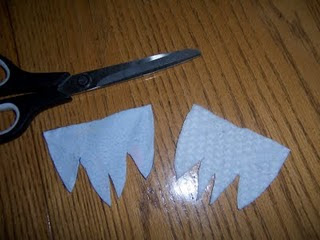 Cut the bottom of the footies off the jammies and add some wolfy claws. Save the material you cut off. We’re all about saving here.

Use the extra footie material to cut some wolfy fingers. 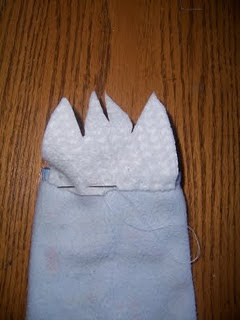 Sew the wolf fingers to the ends of the sleeves. These will just hang down over the child’s own hands. Here is where I dropped the ball. (shakes head) Newbie. I *did* make a hood for the costume; I just forgot to take any pictures of the process. My bad.

To make the hood, you will need:
one white Dollar Tree fleece scarf
thread
scissors

Take the white fleece scarf (which is basically just a 36″x12″ piece of fleece) and fold down enough material to cover the child’s head. Sew down the back seam. If you don’t want to have a super pointy hood, sew a curved line from the front of the hood down towards the middle of the back of the hood. Turn it inside out.

Pin the hood to the neckline of the pajamas and sew.

To make the fox ears, you will need:
more of the white fleece scarf
thread
scissors 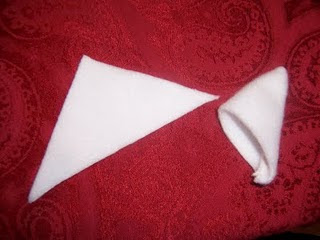 Cut two triangles out of the fleece and sew to make a small cone. 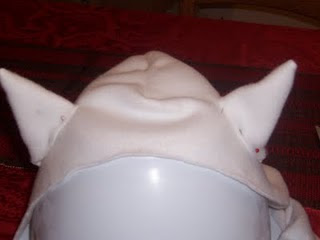 Pin the ears to the hood. I recommend using a model to wear the hood to make sure the ears don’t end up sticking straight out the back or something equally awful. Pampered Chef bowls make excellent models if you have an especially squirrely todder like I do. If you want to make sure the ears have a little oompf to them, stuff them with some of the excess teddy bear stuffing. 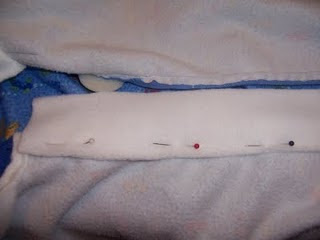 The zipper on my pajamas was blue, so I needed to cover it up. I used yet more of the fleece scarf to sew a flap over the zipper. I also added button holes and buttons to make sure it would match the illustration in the book. Because I hadn’t already bitten off more than I could chew, and you know toddlers notice the all the details. 😛 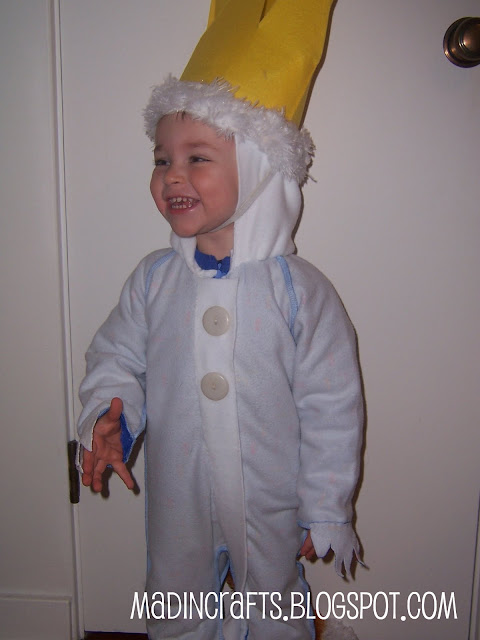 There you have it. A genuine homemade Max costume. All things considered, I think it turned out pretty well. I haven’t decided yet if I want to make him a kingly scepter. Is it worth it? What do you think?