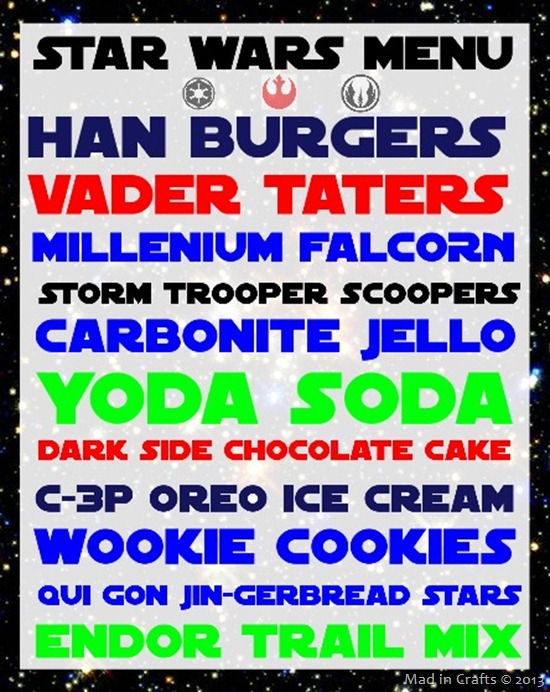 I am a confirmed themed party food nerd, so I made sure that all the menu items for the Star Wars party had appropriately dorky names.  The food was all relatively low-maintenance and inexpensive too, from the burgers to the no-bake cookies.  I hope you can take some of these ideas and use them for your Star Wars birthday party! 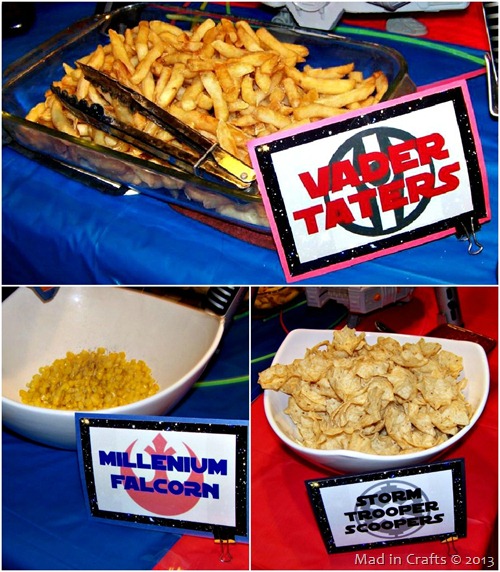 Han Burgers – Frozen burger patties I cooked in the crock pot, served on buns with all the fixins

I designed the food signs using PicMonkey and had them printed off at Walgreens.  At the end of the post, you will find a way to download your own copies of the signs if you would like to use them for your party. 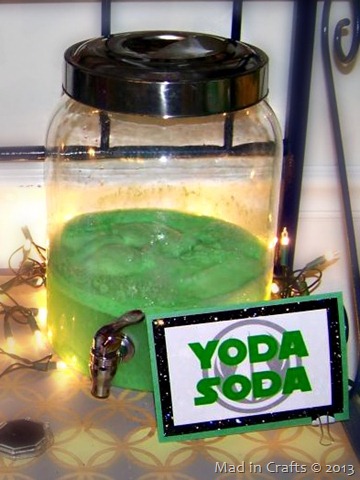 The Yoda Soda was just a 2 liter of lemon-lime pop and a half gallon of lime sherbet.  The result looked very much like a Dagobah swamp, but was surprisingly tasty. 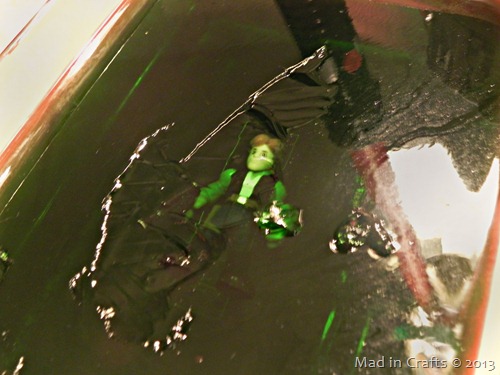 I trapped Han Solo in some Carbonite Jello by mixing blue raspberry and orange jello together.  It was a little more green than I would have liked, but it was still pretty cool. 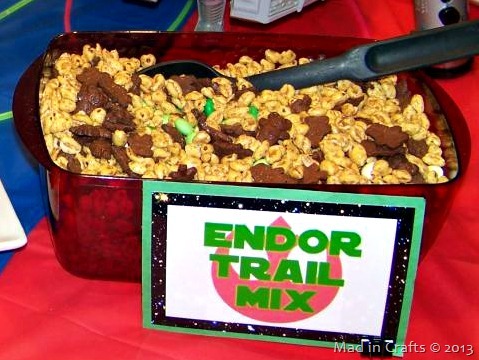 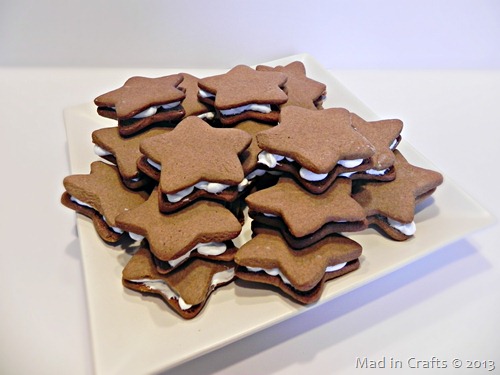 I was so pleased with the BetterCreme frosting that I used for my daughter’s Mickey party, that I used it again this time, in vanilla instead of chocolate.  I frosted the cake and filled all the Qui-Gon Jin-gerbread Stars with the one carton of frosting. 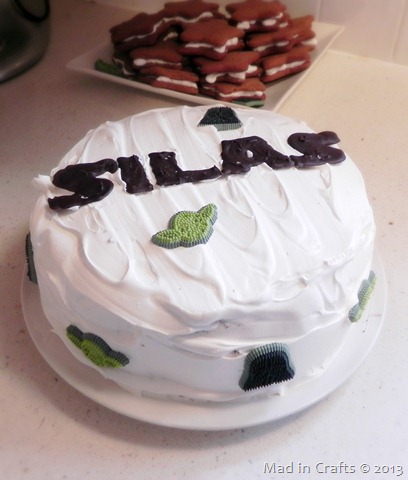 I decorated the cake with Wilton Darth Vader and Yoda decorations and my son’s name.  I will share how I created my son’s name in chocolate later today.

Since I am such a naming nerd, I came up with a few more Star Wars menu items that we did not end up using:

Click any of the thumbnails below to be taken to a full-sized, un-watermarked graphic that you can download to your hard drive:

For more Star Wars Party tutorials, click the thumbnails below: