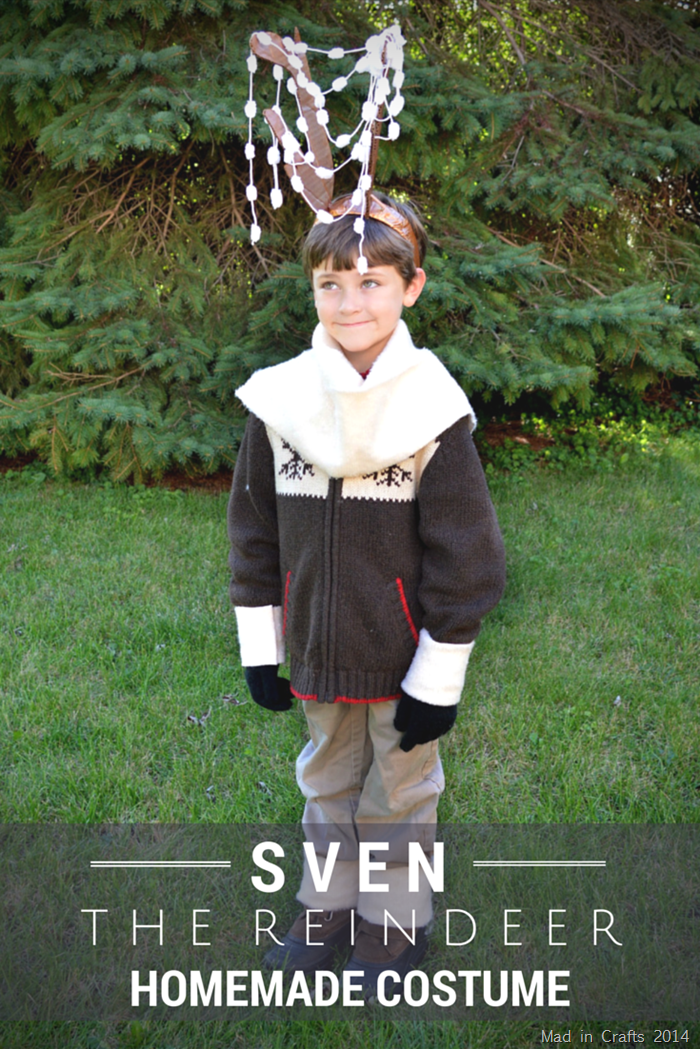 There has been no escaping Frozen this year, especially in my house.  My daughter has spent plenty of time playing around in her Elsa dress, but my son didn’t really have a way to participate in the fun.  Everybody seems to focus on Olaf and Elsa as fan favorite, which makes me a little sad for another lovable character:  Sven the reindeer.  When I joined in with 11 fellow bloggers to come up with new homemade Halloween ideas, I decided to make my son a quick and inexpensive Sven costume. 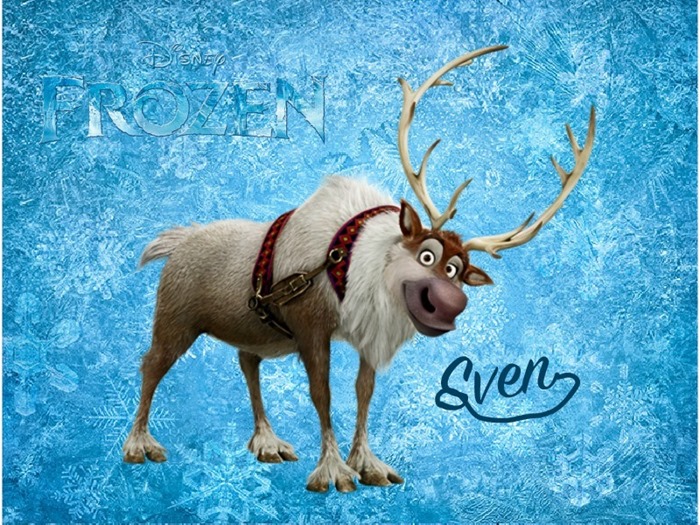 How can you not love this big guy?  He is wise, loyal, and friendly, and we know all this even though he never says a word!

A bit of Frozen trivia:  the Disney animators wanted to make Sven as realistic as possible, so they actually brought a real reindeer into the studios so the artists could study its form and movements.  While the reindeer was in the studio, the only interesting thing that it did was to sit and scratch its ear using a hind leg (like a dog).  That mannerism was later incorporated into the movie.  The rest of his actions are based off John Lassiter’s pet Labrador retriever. 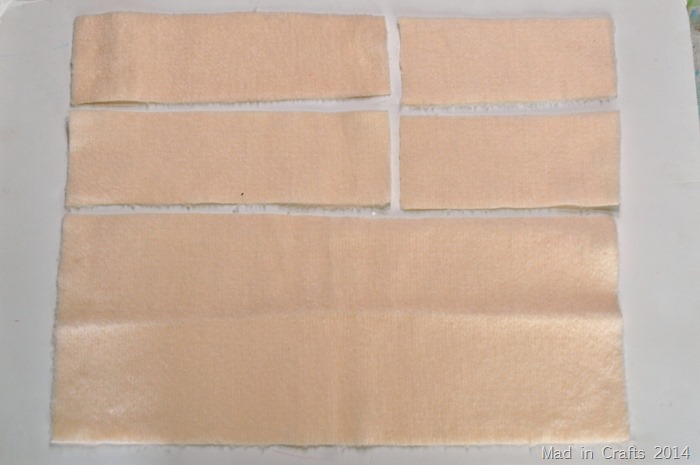 For the quick costume, I began by making cuffs and a collar to serve as Sven’s fur.  Faux fur would work well for this, but it is pricey and very messy to cut.  Instead I used a product called shaggy felt, which is often used for making stuffed animals.  It still has a shaggy, fur-like appearance, but it sheds FAR less than faux fur.

I cut my 18×24 piece of felt half lengthwise, setting one of the halves aside for the collar.  Then I cut the other half in half lengthwise again.  I cut those two pieces widthwise one-third of the way from one end of the fabric.  The longer narrow pieces would become leg cuffs and the shorter pieces would be the arm cuffs. 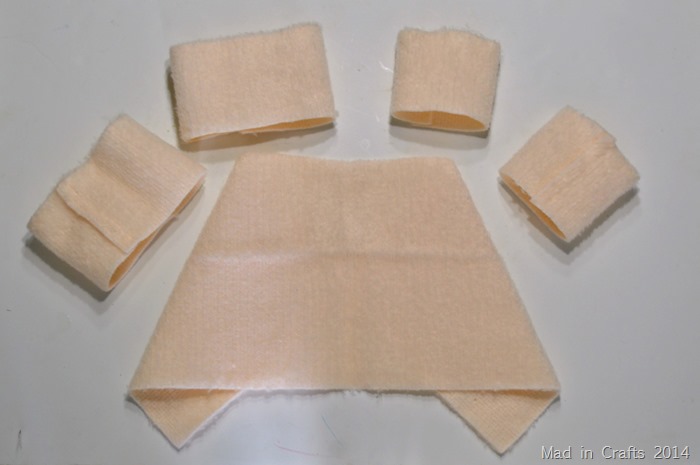 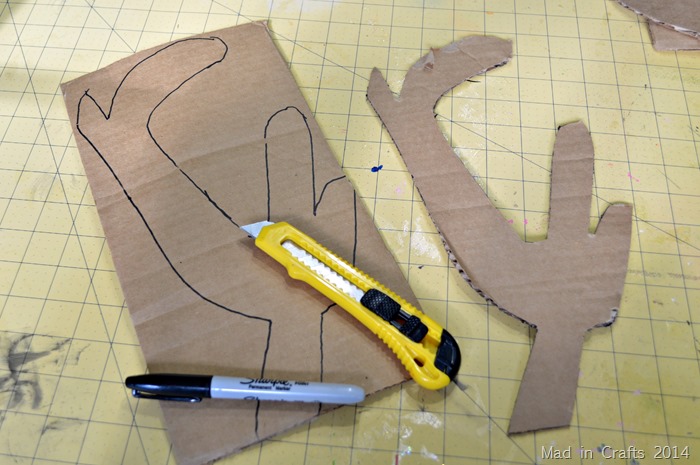 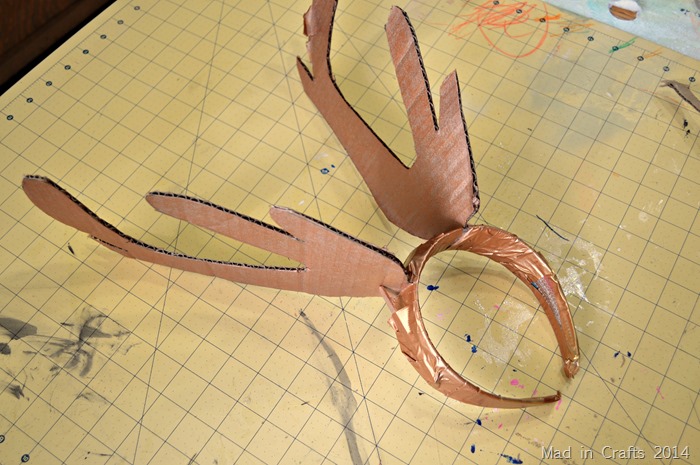 I found an old headband and used duct tape to hold the cardboard tabs down onto the headband.  The antlers were a little floppy, so I used some craft sticks to prop them up.  It’s a little bit MacGuyver-y, but you don’t really notice them when my son is wearing the antlers. 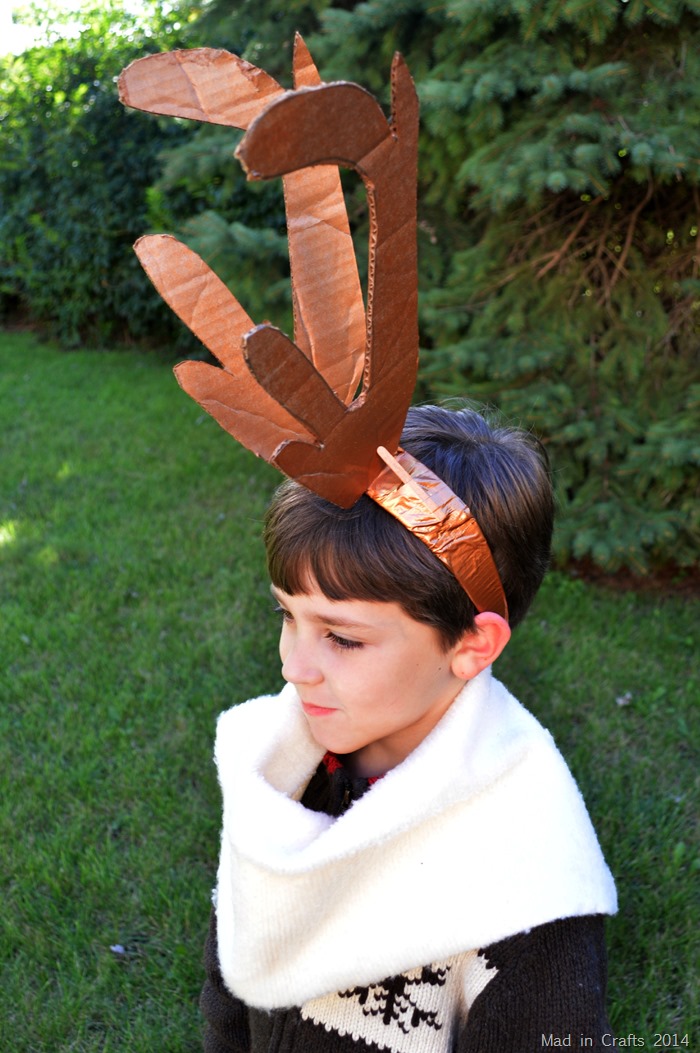 Finally, I used some bronze Plutonium spray paint to paint the headband and antlers so that they were all the same color. 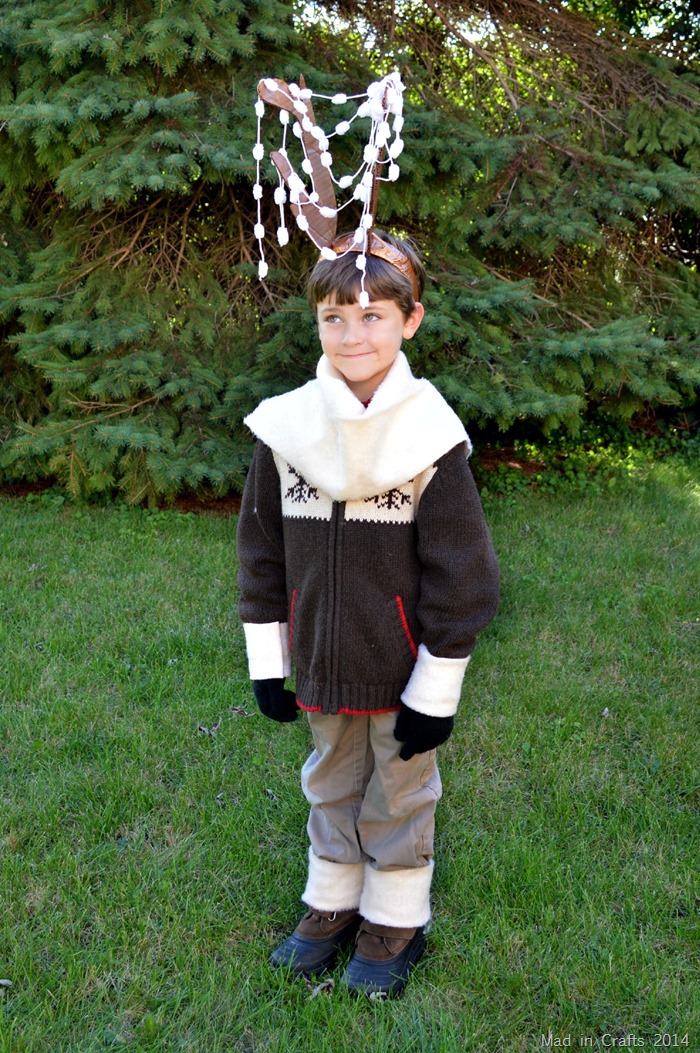 I couldn’t resist using some pom pom yarn to recreate the scene where Sven gets his antlers all tangled in the icy willow branches.

The costume pieces that I made were just paired up with clothes from my son’s closet.  Brown boots, khaki pants, black gloves, and a brown sweater (that conveniently had snowflake patterns knitted into it) were all I used, but any brown-toned clothes would work.  If you want to take the costume to the next level (and your kid is willing to sit still for a while), you can try out some reindeer face painting too. 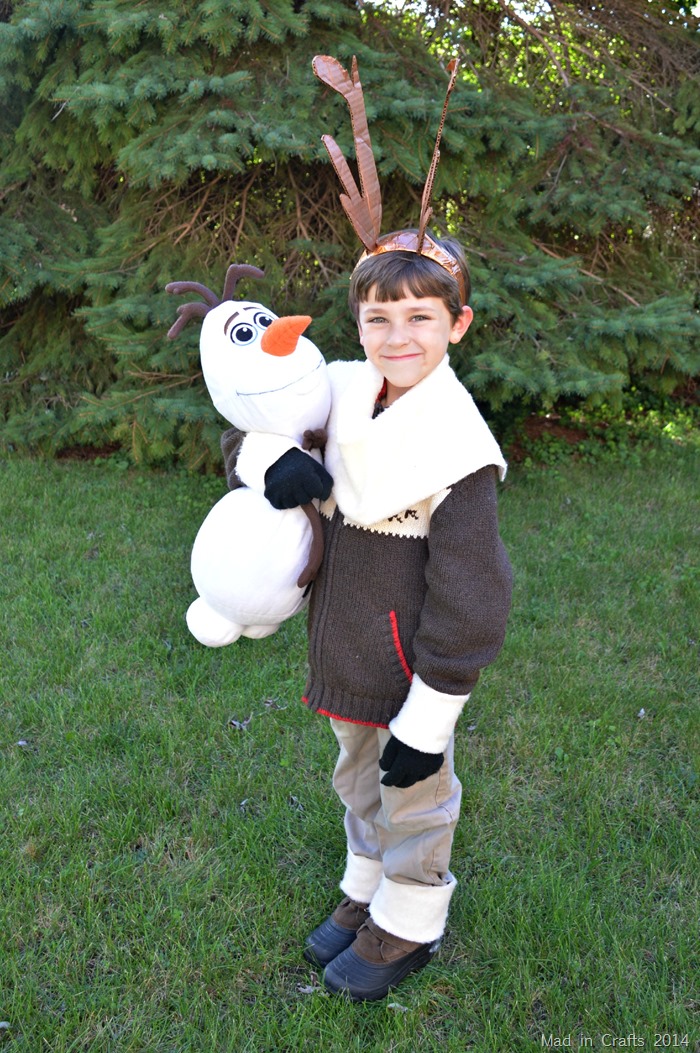 And here Sven is with his pal, Olaf.  Seriously, who wouldn’t want to see a buddy comedy featuring just these two guys? 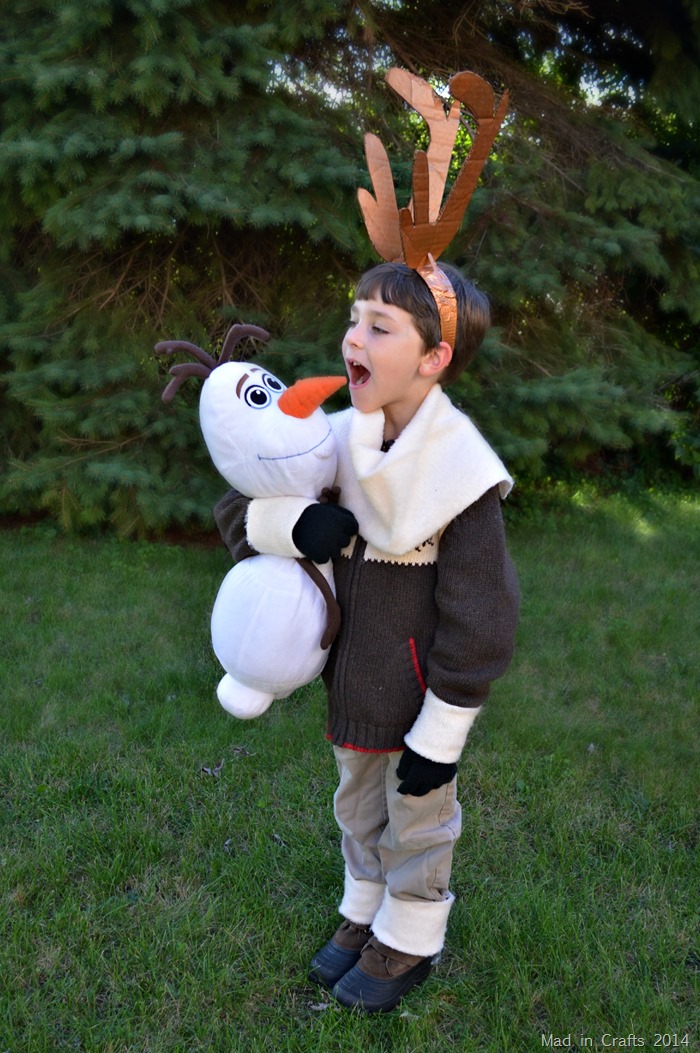 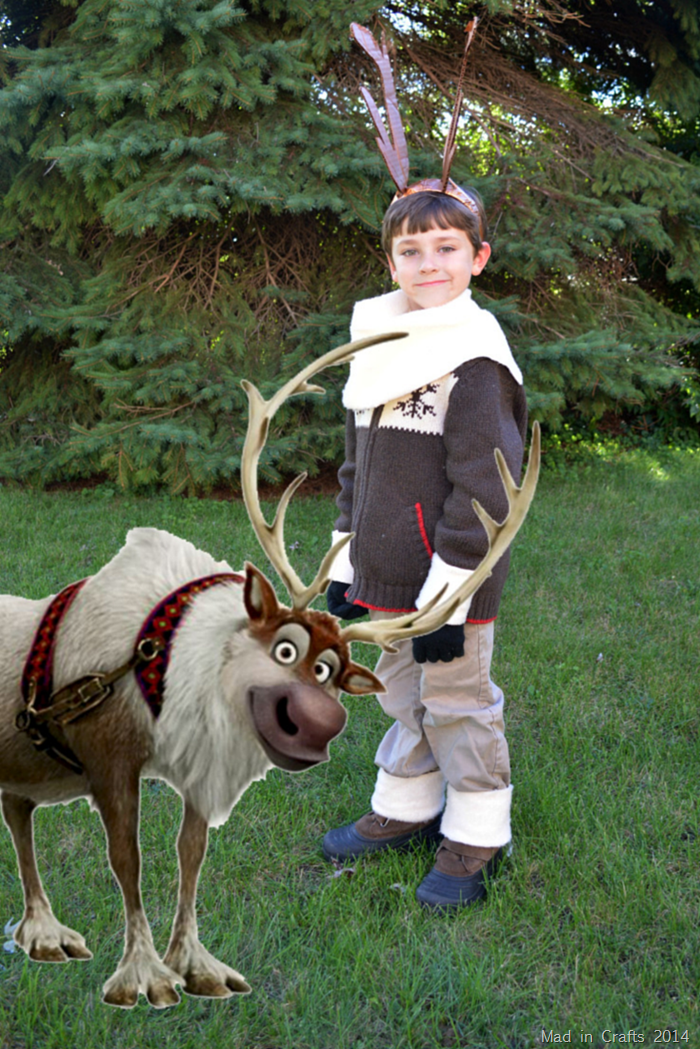 If you are interested in making your own Sven costume, I gathered up links to the materials that I used.  If you purchase after clicking one of these links, I will receive a small commission. Thanks! 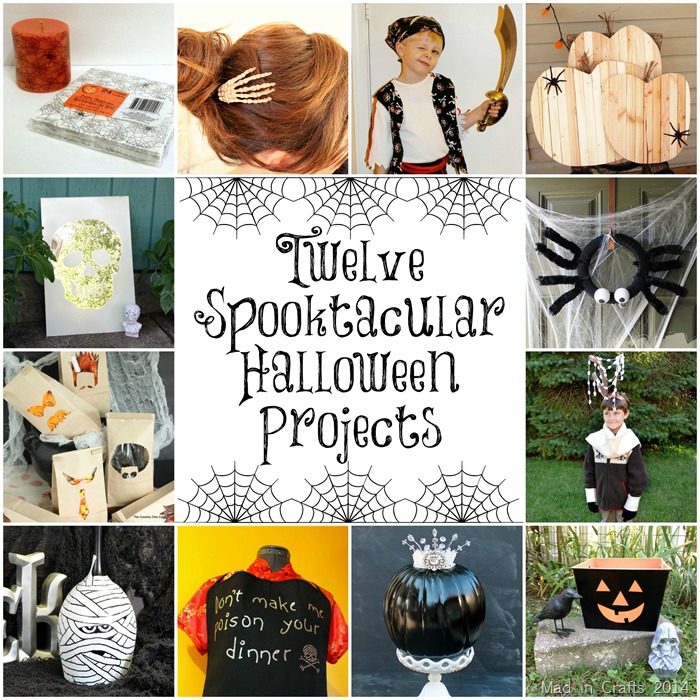 This costume is just the beginning of all the Halloween fun.  Check out all these fantastic Halloween projects created by other creative bloggers!