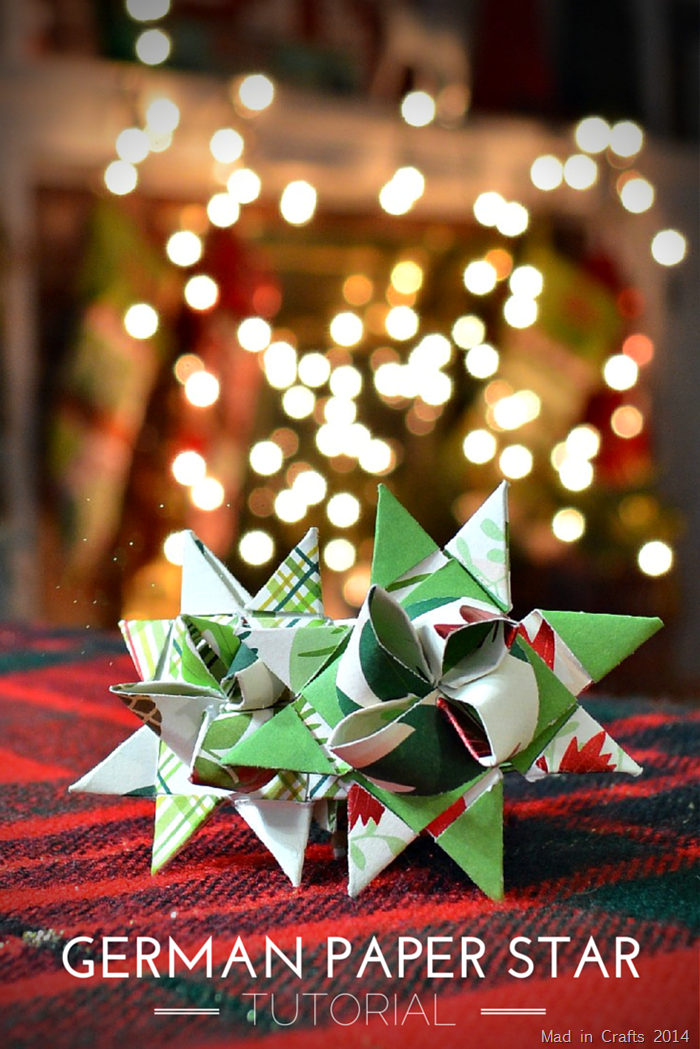 When I shared my plaid and fair isle mantel with you, I promised that I would show you how to make the German paper stars strung on the garland.  German paper stars, or Froebelstern, are a common sight in German Christmas decorations.  Instead of being flat stars, Froebel stars have 16 points total — on the edges and on the front and back. 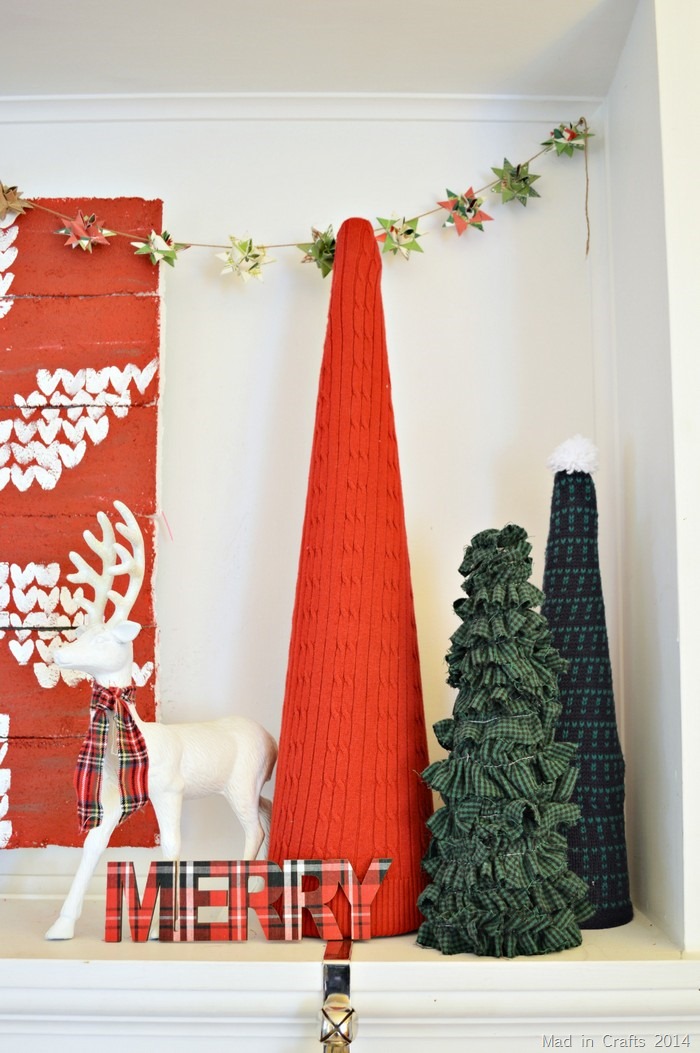 The process of folding a German paper star does have quite a few steps, but once you learn the process you can bust through dozens of them while binging on Netflix.  (Hit me up in the comment section for Netflix suggestions.  I watch all the shows.)  Since there are so many steps, I decided a video tutorial would be much more expedient than taking 30 some process pictures and writing a step-out tutorial.

This is my first non-Google hangout video tutorial.  I am still working out some of the kinks, but I hope to make more of these in the new year.  If you haven’t already started following my YouTube channel, pop over and do that now.  All my tutorials and G+ hangouts will be posted there, 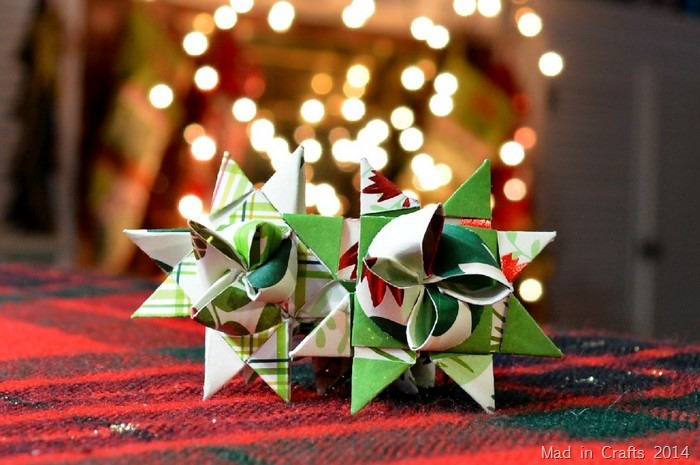 These paper stars can be hung as ornaments, strung onto garlands, or mixed in with other table top decorations.  If you have already moved past Christmas crafting, switch the Christmas paper out for sparkly gold and silver paper to make some pretty stars for New Year’s!