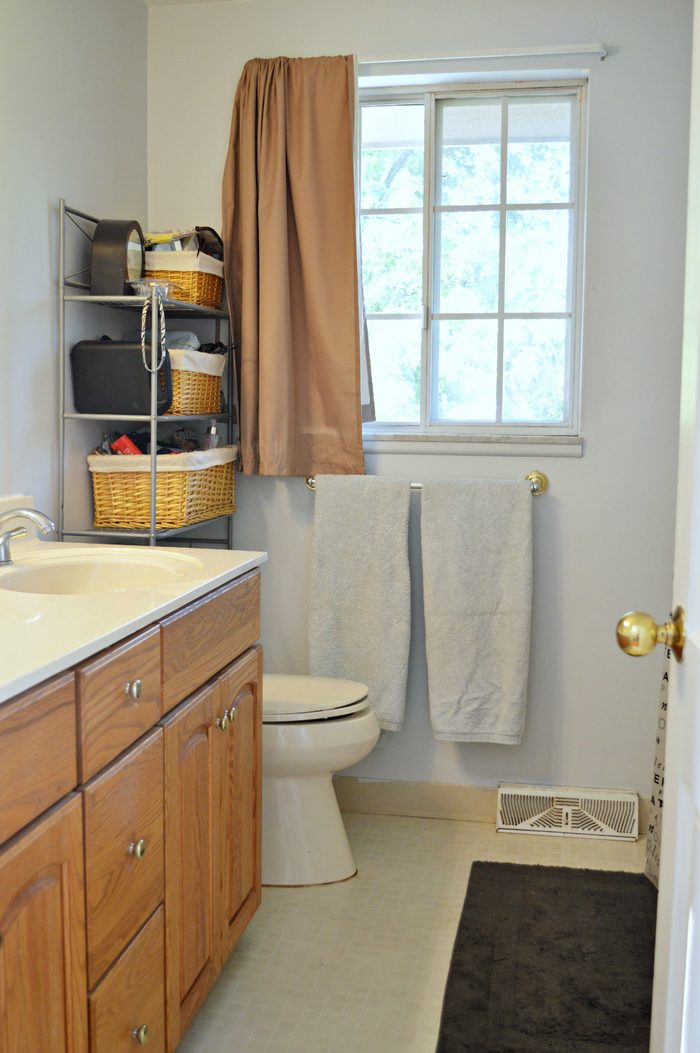 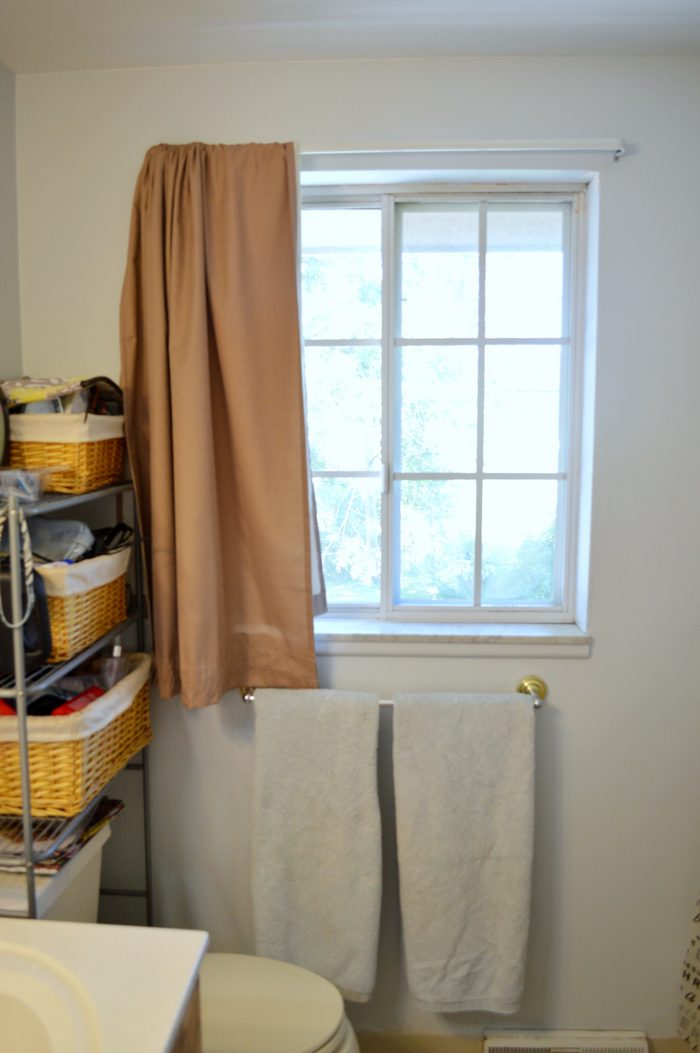 What a stylish window treatment, yes?  The bathroom has a good sized window that lets in wonderful light.  Unfortunately it also has the potential to allow our neighbors a wonderful view of whoever is getting out of the shower.  To give us privacy, I threw an extra curtain we had lying around over the curtain rod until I could replace it with something better.  That was two years ago.

The towel bar below the window is the only place to hang towels in the bathroom.  Not so convenient when there are four people using that one shower, but, you know, fine. 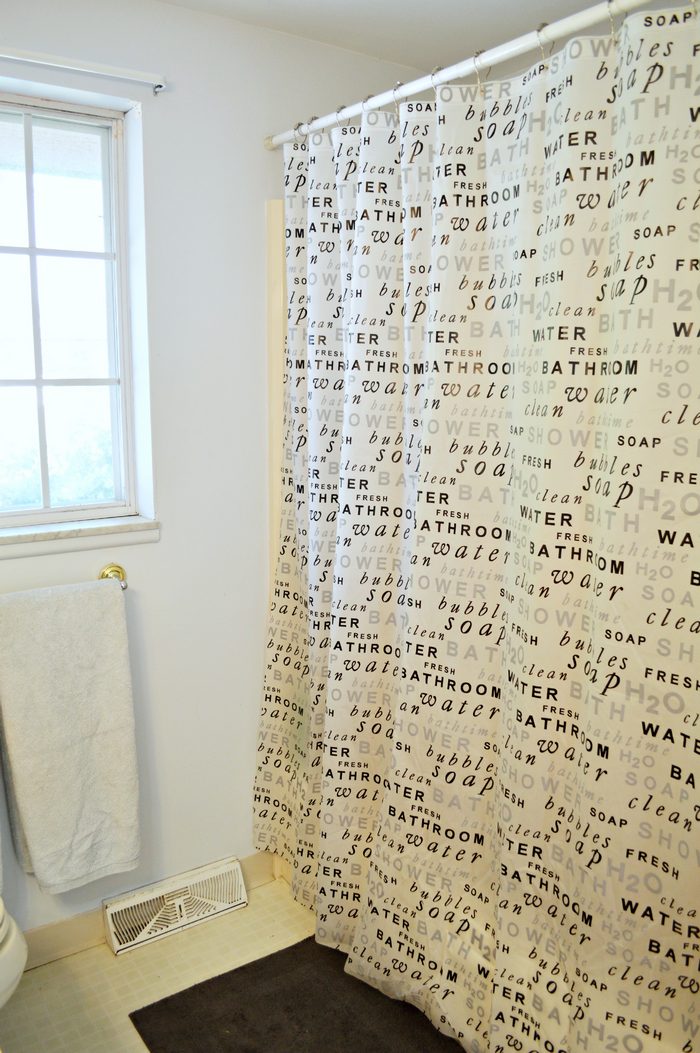 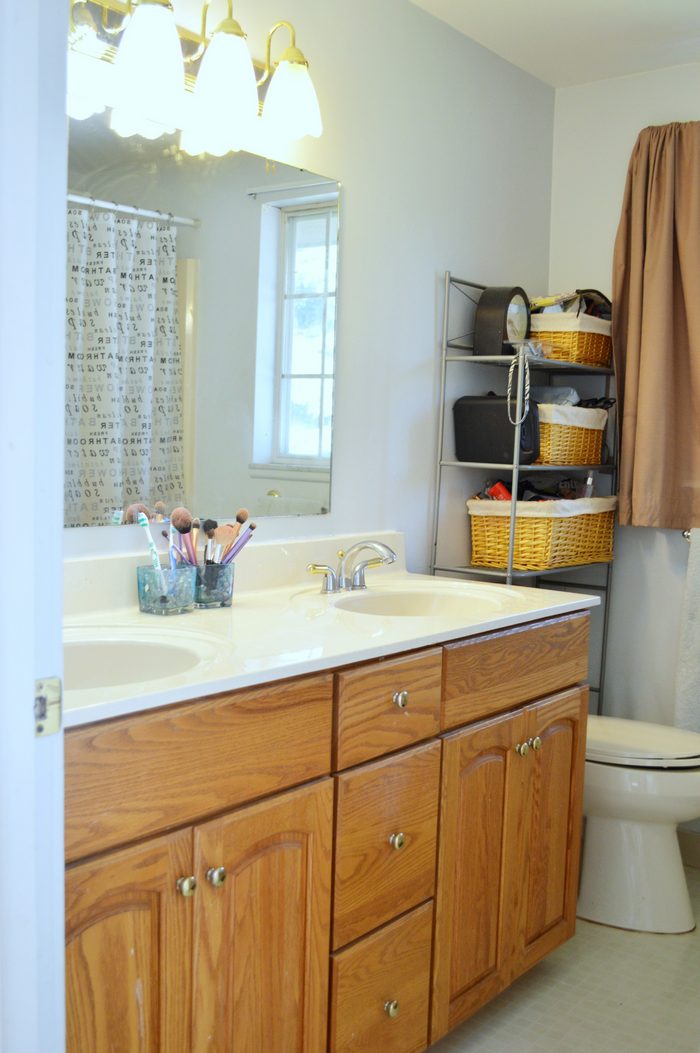 The bathroom does have double sinks, which people on House Hunters get excited for.  I am not a synchronized tooth brushing type of gal, but I do appreciate the large under sink storage cabinet.  The drawers still weren’t quite enough storage for four people’s various toiletries, so I installed the metal étagère above the toilet.  Those are fancy French words for “I put up some wire shelves to hold all of our bathroom crap.”  The problem with the shelves, beside the fact that you could see all the mess, was that the bottom shelf stuck out so the toilet lid couldn’t stand up on its own.  Try teaching a preschool boy how to use the potty accurately and keep the potty seat from smashing down on his business at the same.  In the middle of the night, in the dark. 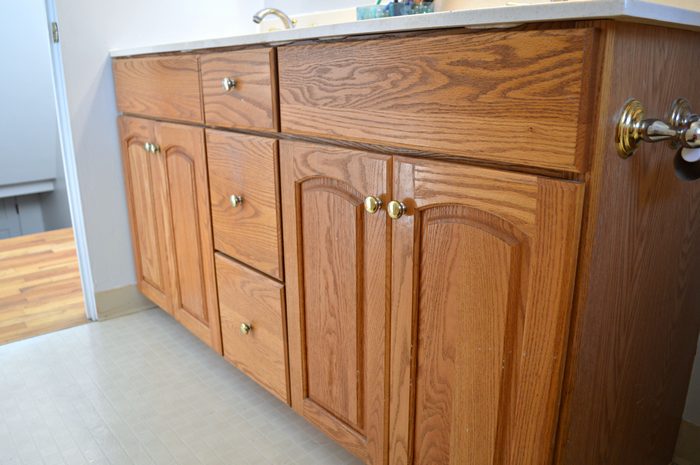 Back to the under sink cabinets, they are pretty nice.  They seem to have been installed at the same time as the cabinetry in our kitchen, which I would assume by the brass pulls and oak finishes was sometime in the 90s.  Hidden hinges, slow close drawers, everything about them is functional.  Not entirely current, but functional. 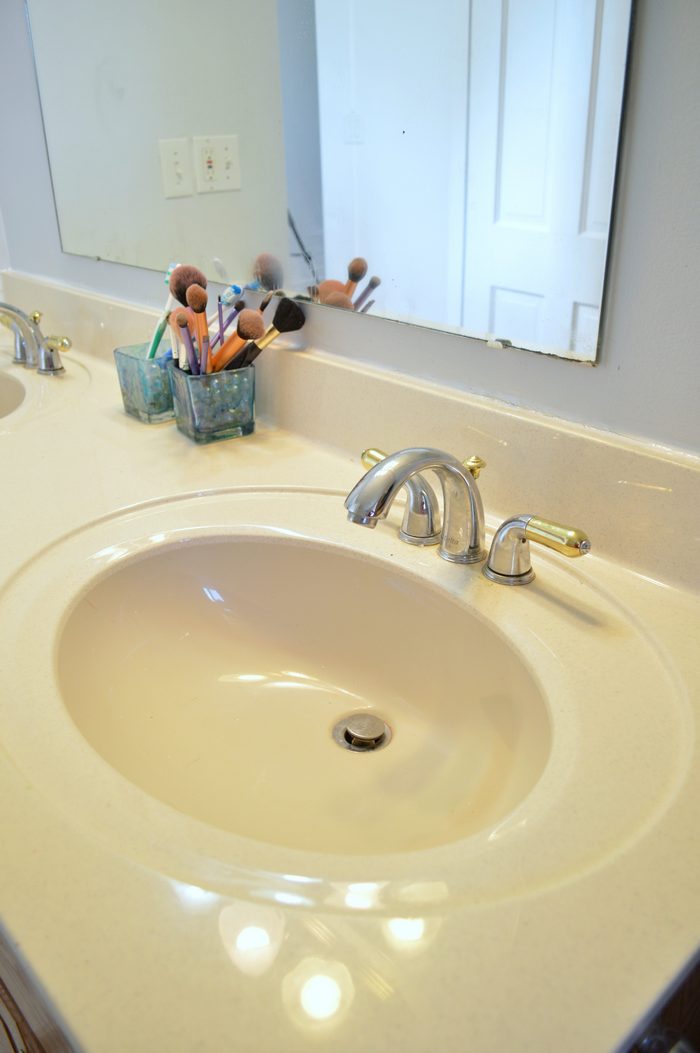 Speaking of not current, have you been noticed the bathroom fixtures?  All the fixtures in the bathroom were matching mixed chrome and shiny brass, and the shiny finishes were showing wear.  And fingerprints.  All of the fingerprints. 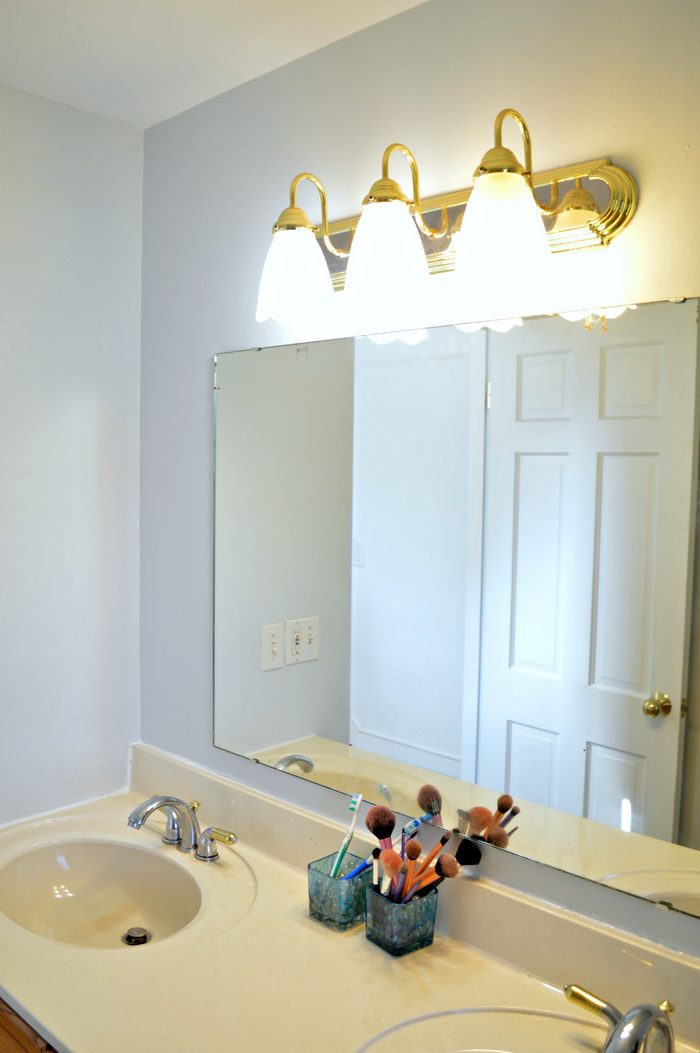 The large mirror is nice for getting ready in the morning, but edges of the glass were slightly chipped and blemished.  Again, not terrible, just not ideal.

Nothing in the bathroom was broken, really.  Everything was functional and fine, which is why we lived with it this way for two years.  We probably would have continued living with a fine bathroom even longer if it wasn’t for Moen and the SNAP! Conference I attended in April.  While I was there, I won a prize pack of new Moen fixtures for our bathroom! 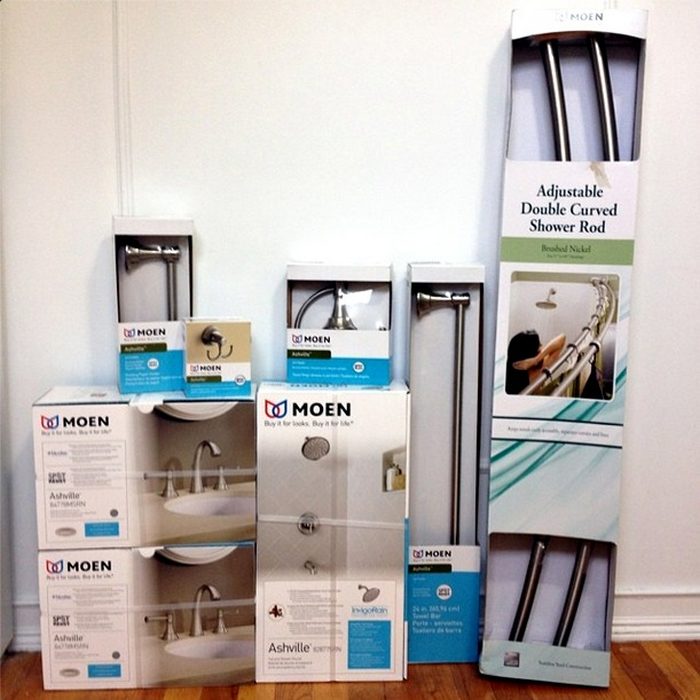 When the fixtures arrived and I began planning installing them, a snowball was pushed down the hill.  It just didn’t seem right to have such nice fixtures in a ”just fine” bathroom.  And so the work began….