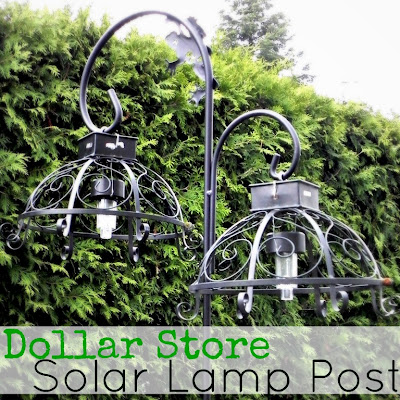 I did not come up with the idea of taking solar lights from Dollar Tree and turning them into outdoor hanging lights.  Sharon from Keen Inspirations linked her projected up to a Mad Skills Party, and I immediately pinned the idea to my Future Projects board on Pinterest.
Her clever tutorial can be found HERE.
I had snatched up 20 of the solar lights as soon as I saw them in my local DT, so I had plenty on hand.  Last summer, I picked up two scroll-y iron planters at Goodwill for 99 cents apiece.  Together with an iron shepherd’s hook and some simple hardware, and I have some new lighting for the backyard.
First I removed the black stake from the solar light by just unscrewing it.  When making her lights, Sharon used a hack saw to cut off the twisty bit at the bottom of the clear plastic light, but I was too lazy to do that.
It took a lot of trial and error to figure out how to suspend the light from my planter in a way that sunlight could still adequately reach the solar panel.  My solution is not exactly elegant, but it is effective. 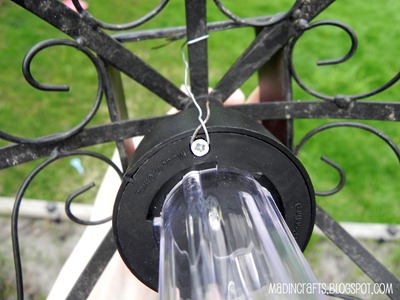 There are two small screws that hold the solar panel to the plastic light.  I partially unscrewed them, wrapped floral wire around the screws and then tightened them again.  If you have ever rewired a lamp socket, you will be familiar with this process. 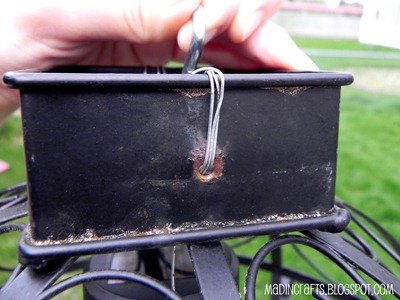 These square pieces were originally the base of the iron planters.  They have holes in two of the sides so I wrapped the floral wire through and around them.
Eventually I would like to thread some eyehooks through the holes and secure them with nuts, then hang the wires from those.  Might look a little less craptastic. 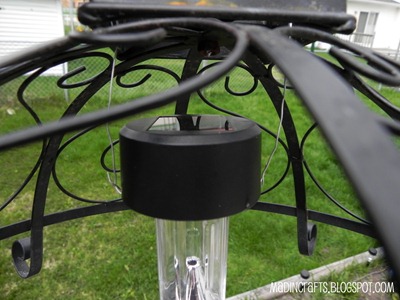 When the planter is hanging, the solar lights are suspended right in the middle of the “shade.” 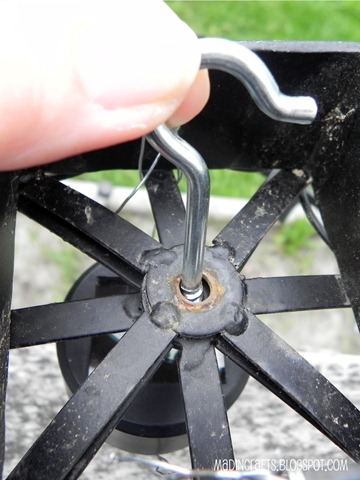 The planters had screws holding them together in the center.  I removed the screws and replaced them with hanging hooks. 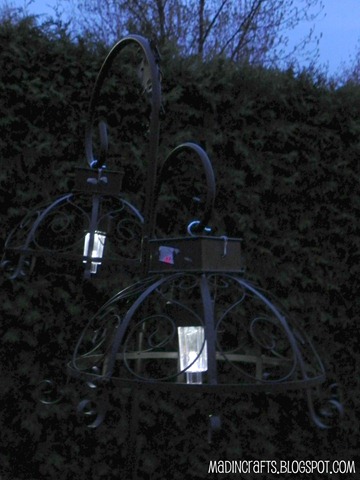 I hung one of the lanterns (lights? lamps?) on each side of a double shepherd’s hook which I attached to our deck railing.  With zip ties.  Because I am classy. 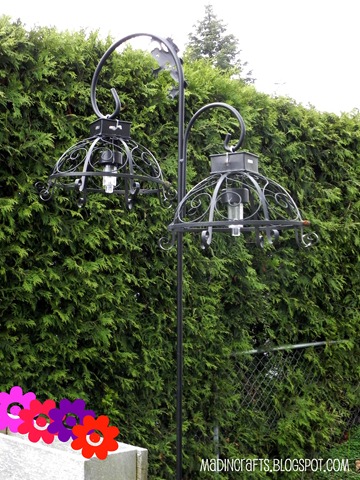 The final result is cool though.  I think it has a bit of a garden streetlamp vibe.  Which doesn’t make sense.
Silly, nonsensical vibe.   ((boops vibe’s nose))
The pretty flowers in my flowerbox are courtesy of Picnik, since it is just now getting nice enough outside to do some planting. 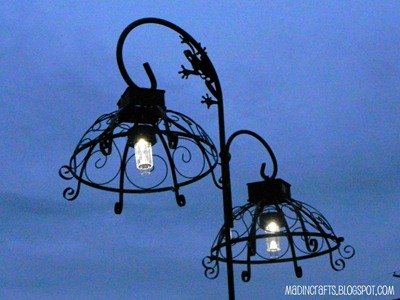 I was very excited to see the lights turn on at dusk last night.  They don’t give off a lot of light, but they add a relaxing glow to the deck.

I am just glad to be one step closer to having our yard summer-ready!