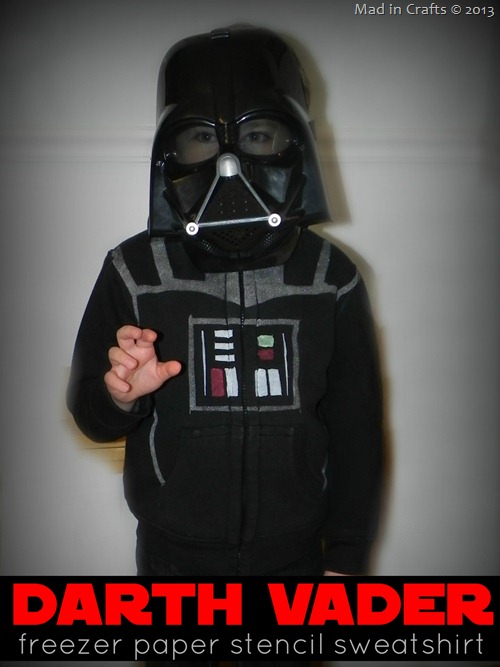 Freezer paper stencil shirts have become a staple in my birthday party planning the past few years.  I made a pumpkin shirt for my daughter last year, and coordinating snowman shirts for my son’s party.  My son has plenty of store-bought licensed Star Wars clothes, but I wanted to make him a Darth Vader shirt specially for his birthday party.  By using a cheap Wal*mart sweatshirt, I was able to make it for FAR less than it would have cost to buy one.

To make a Darth Vader Hoodie, you will need:

scissors and a craft knife 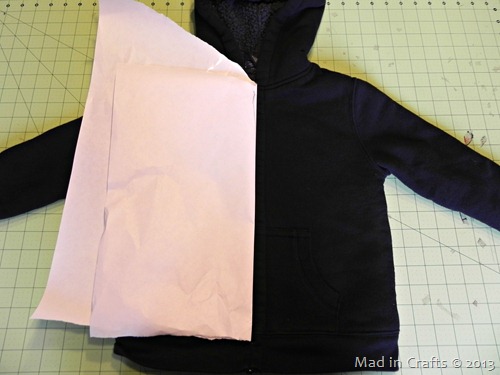 For this project I used the same black hoodie that was the base of my son’s Spider Costume.  I just removed the googly eyes and spider legs!  Begin by cutting a piece of freezer paper to the approximate size of the front of the shirt.  Then fold the paper in half, making sure the shiny sides are TOGETHER! 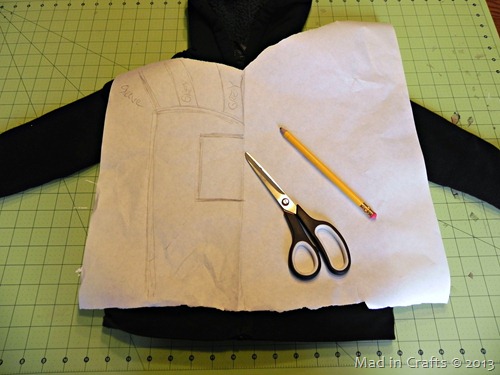 Using an image of Darth Vader as a guide, sketch out a rough version of Darth’s shirt on one half of the freezer paper. Make sure the shoulder details will go all the way up to the shirt’s shoulder seams. 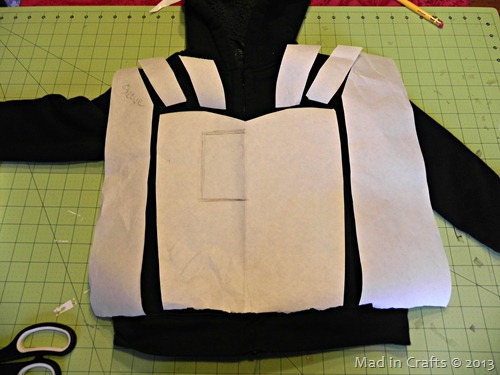 Using scissors, cut the the freezer paper removing the areas where you want to paint.  If you keep the freezer paper folded in half, you will ensure that the halves are mirror images of each other.  Unfold the paper, and use your craft knife to cut the smaller details of Vader’s control panel. 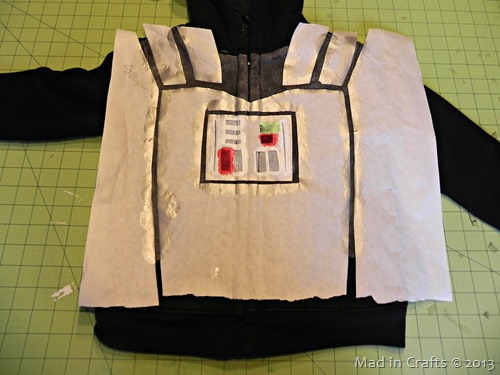 Carefully position the pieces in place and use a medium-hot iron to adhere them to the sweatshirt.  Iron one section down at a time to ensure proper placement.  Then, use your foam pouncers to paint in the details.  I used silver for all the outer details, and white, green, and red for the control panel buttons. 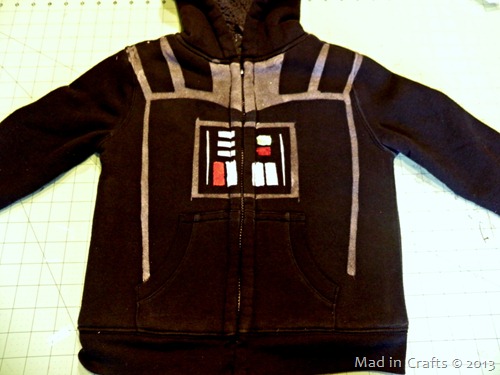 Peel off the freezer paper to reveal your design! 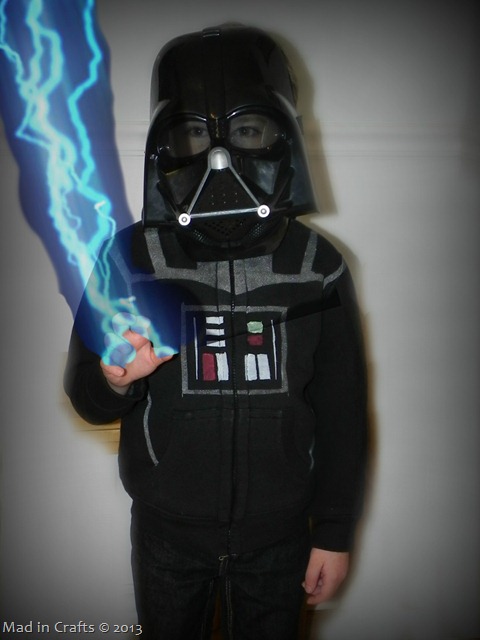 My son loves his Vader sweatshirt and asks to be able to wear it almost every day.  The freezer paper stencil was so easy to make, and this shirt cost me far less than one bought at the store!  You could easily make an adult-sized version of this sweatshirt for any grown Star Wars fans you might know (or be).  This is also a quick way to make a Halloween costume that can be reused as day-to-day clothes!

I really did have fun making this shirt for my geeky little guy.  If I get my hands on a white hooded sweatshirt, I think an R2-D2 version might be next!