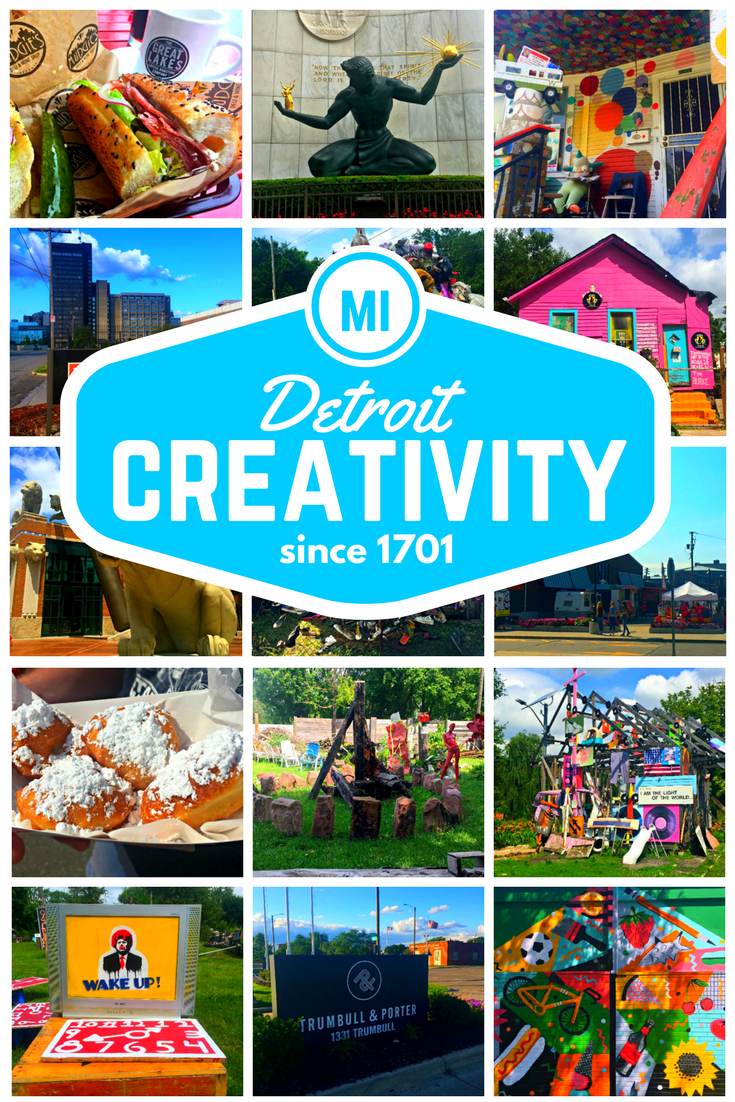 My husband and I recently planned a weekend getaway to Detroit.  When we told people where we were going, too many of them asked, “Why?”  Why would we choose to spend a weekend away in Detroit?  Why would we want to travel there?  Isn’t it dangerous?  What is there even to do? 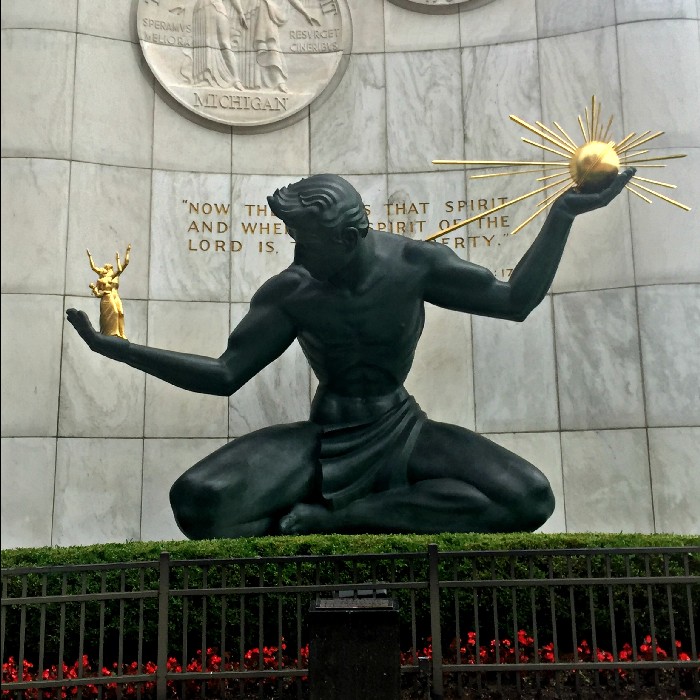 The short answer is: Because it’s awesome.  Detroit is an amazing city, and we Michiganders tend to get a little defensive when the rest of the country craps on it.  If you want the longer version of my answer to those questions, keep reading.

Personally, I love big cities.  I have always felt more energized and relaxed (yes, at the same time), in cities than in rural areas.  I know big cities aren’t for everyone, but they are definitely my jam.  Detroit is also my style.  If you have read ANY other post on this blog, you know I love a good before and after.  I like the idea of taking something, applying some creative thinking and a bit of elbow grease, and making it more than it was.  Detroit is king of that. 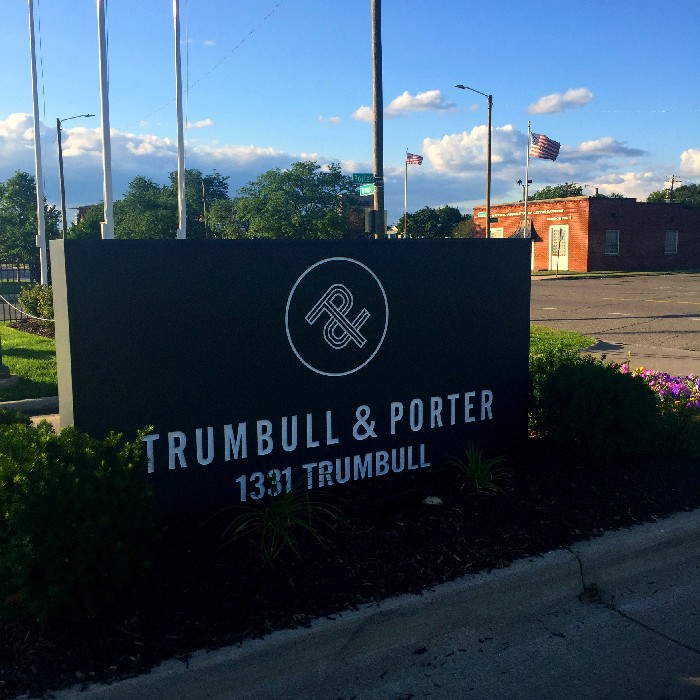 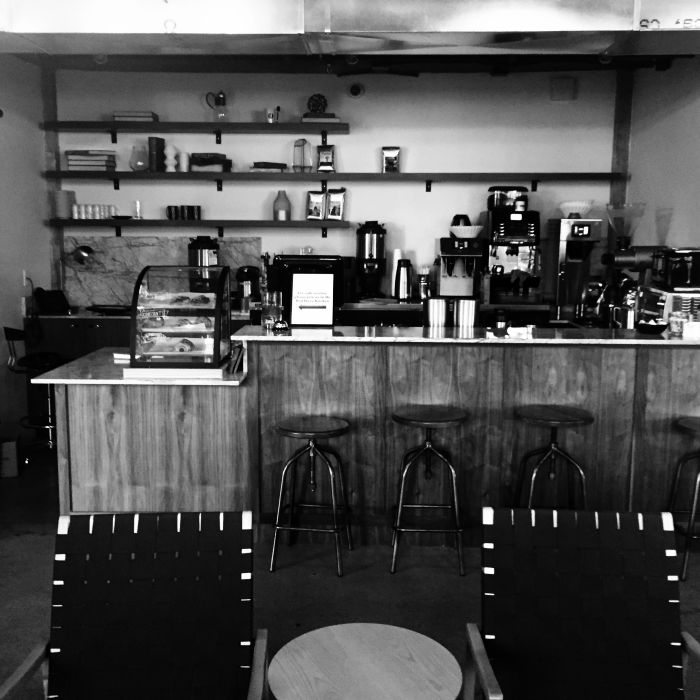 Take our hotel, for example.  Trumbull & Porter is a boutique hotel with history dating back to the ’60s.  The hotel went under a major renovation just a few years ago to turn it into the hip, lively spot it is now.  The $9 million dollars spent on the renovation stayed mainly in Michigan.  Each room features a Herman Miller chair, artwork by Don Kilpatrick, and beds by Thompson Millworks. 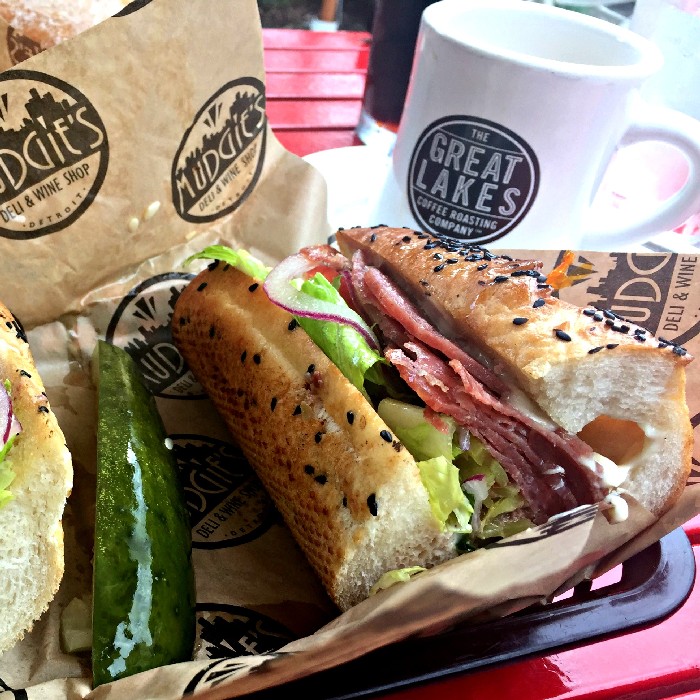 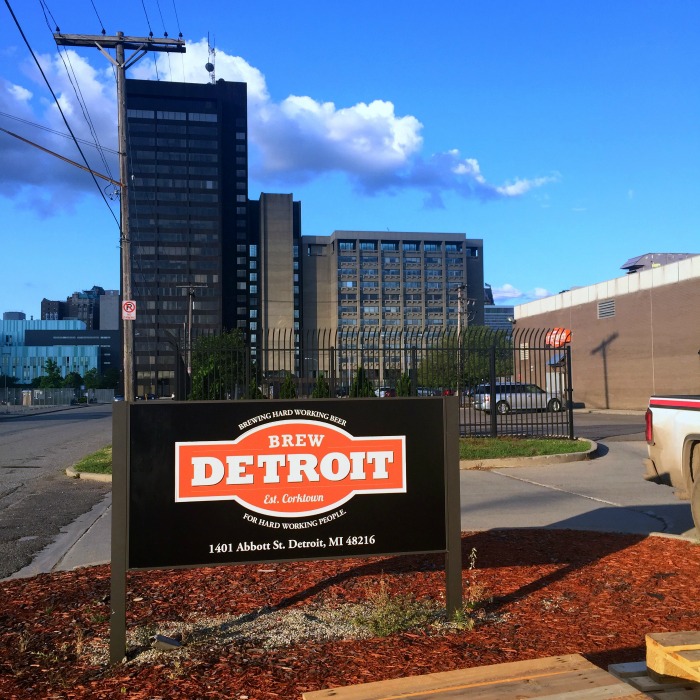 Not only was the hotel itself exceptionally cool, it sits in the middle of Corktown (a Detroit neighborhood) and is blocks away from two different craft breweries and countless amazing restaurants.  People don’t think of Detroit as having delicious food, but, oh man, does it ever!  We had gourmet sliders at Green Dot Stables, fresh from-scratch sandwiches from Mudgie’s, and plenty of great Michigan beer.  Most of the places we visited didn’t look like much from the outside.  No fancy facades or flashing signs.  But it’s what was inside that counts.  Kind of like Detroit. 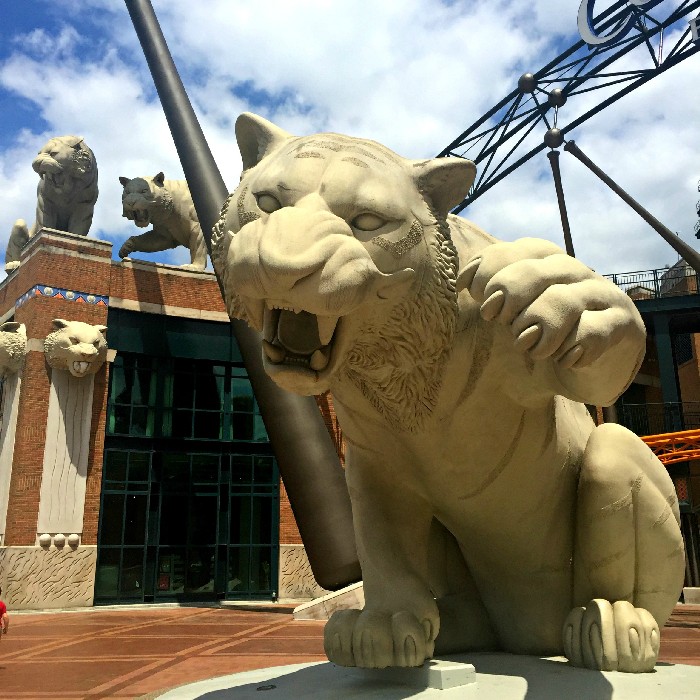 Detroit has been a major sports town for well over a hundred years, but the stadiums are just as fantastic as our championship teams.  We were able to catch a game and see my Tigers schmuck the Blue Jays.  The Detroit Windsor tunnel must have been somber that night.  Did you know there’s a tunnel that runs from the center of Detroit to Canada? 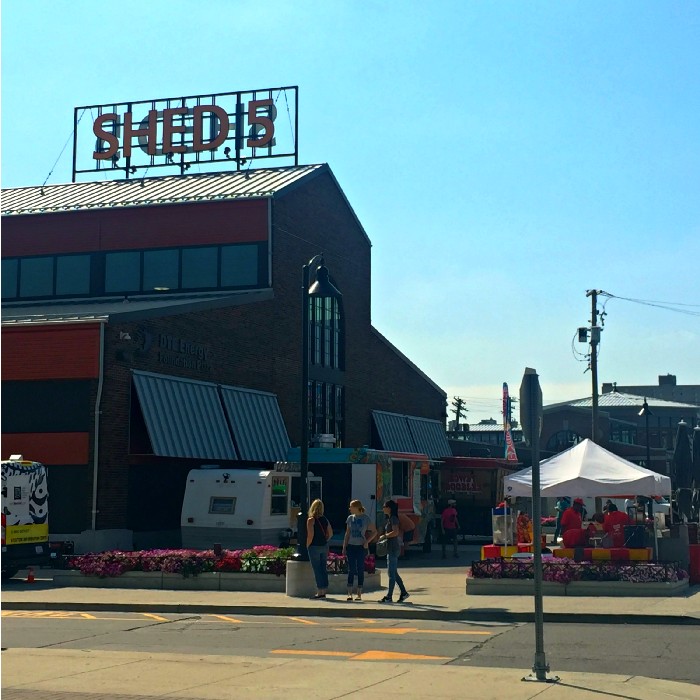 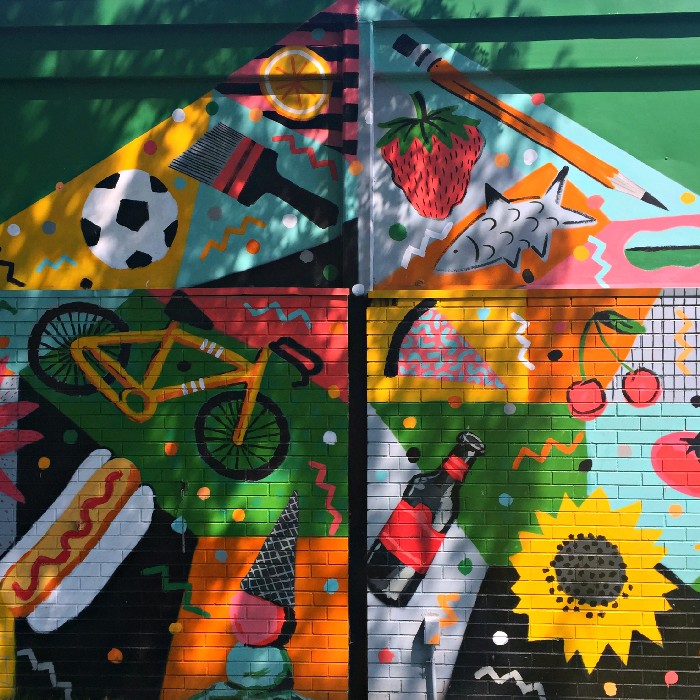 We also had a chance to hit up the Eastern Market on a Sunday morning.  The Eastern Market has been in operation since the 1800s, but now has grown into a massive weekend market, featuring fresh local produce, unique food trucks, handmade items, and more.  The Sunday morning market is slightly smaller than the Saturday market, and features more artisans selling crafts, spa items, baked goods, and other handmade items.  These are my people. 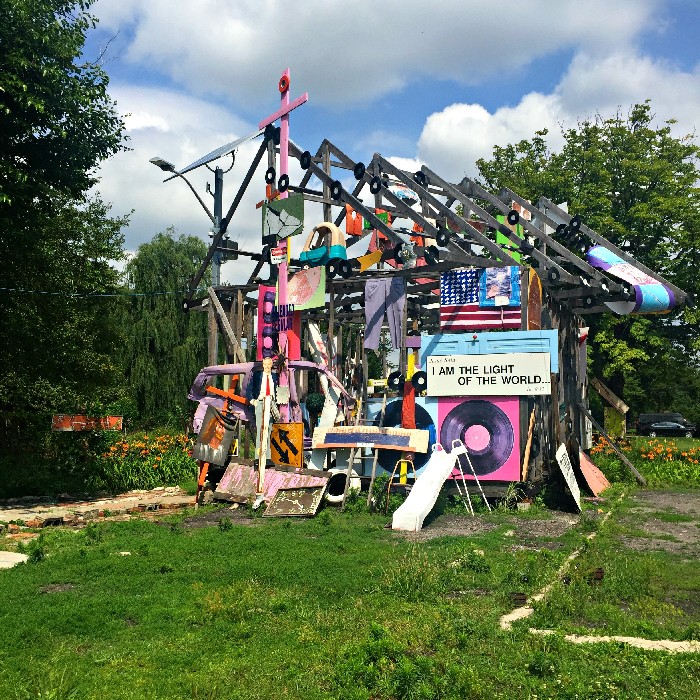 Our last stop on our way out of town was a visit to The Heidelberg Project.  This urban art installation is a pretty good representation of Detroit itself.  Thirty years ago, artist Tyree Guyton got fed up with how his childhood neighborhood had disintegrated into a den of poverty and drugs.  He, his grandfather, and some neighborhood children used brooms, paintbrushes, and creativity to turn the vacant lots, discarded items, and the homes themselves into massive works of public art. 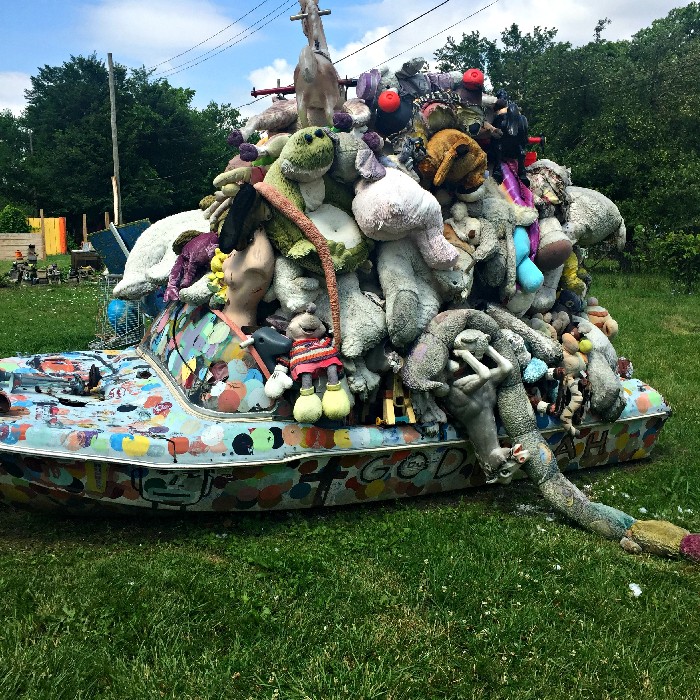 But, like Detroit itself, lots of people didn’t like it.  Over the years, the city government dismantled the art on two separate occasions — sometimes with bulldozers.  A string of arson destroyed several of the homes on Heidelberg Street.  But each time, Guyton and his supporters built the art back up. 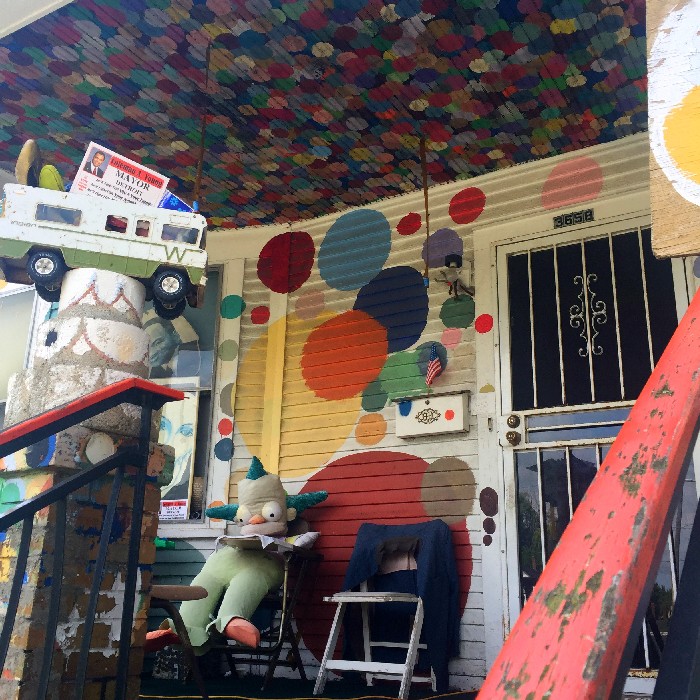 The award-winning Heidelberg Project attracts millions of visitors each year to an area of Detroit where most outsiders wouldn’t be brave enough to venture into otherwise.  The project has evolved over its 30 years, and it will likely continue to be reinvented in the years to come.  Kind of like Detroit. 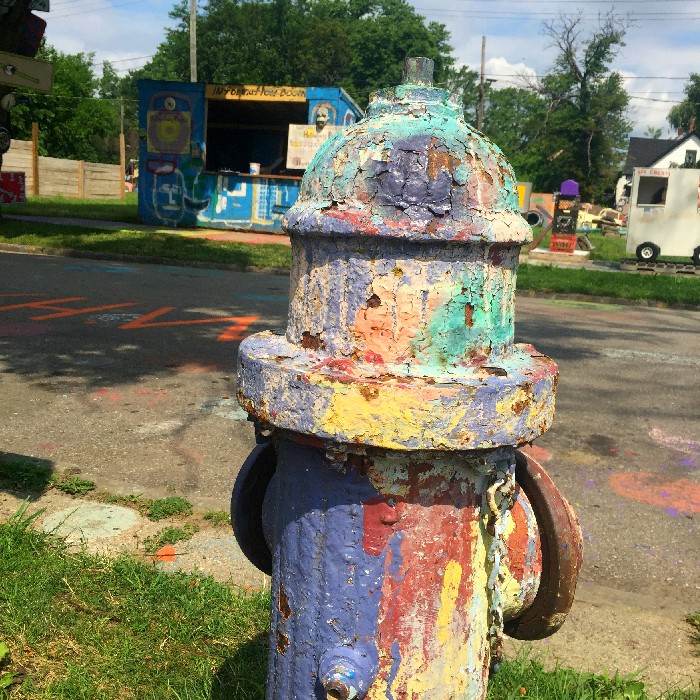 So, that’s why we went to Detroit.  That’s why we chose to spend our tourist money here.  Detroit is a constant before-and-after — the creativity of the city always showing itself in new and colorful ways.  Maybe cities aren’t your thing.  Maybe THIS city isn’t either, and that’s okay.  But, the next time you hear someone bad-mouthing Detroit, I hope you will remember that the city is so much more than what they will tell you on TV.  And it’s always getting better.