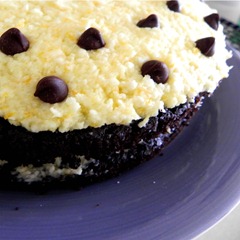 Pin It
For St. Patrick’s Day, we headed over to my parents’ house for some yummy reubens made with home-cooked corned beef.  My mom asked that I make a St. Patty’s Day dessert, and after a little searching I found this recipe online.
The combination of sour Guinness, bitter dark chocolate, and tangy orange sounded great to me, so I got to work.  I changed the recipe slightly in a few places, but it did not come out exactly as I wanted.  Next time I make it, there will be a few more things I adjust.
All in all, the recipe is great and definitely worth sharing with you! 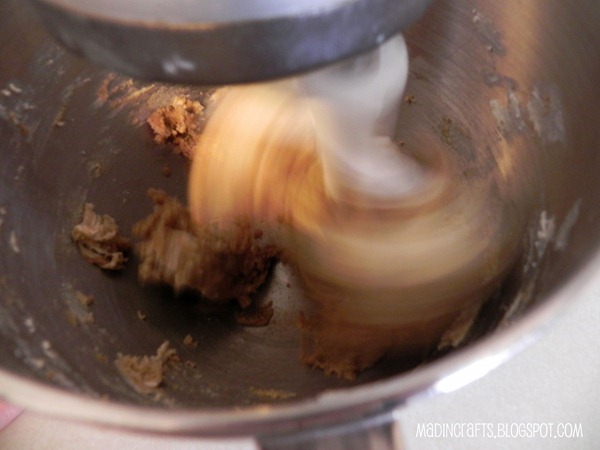 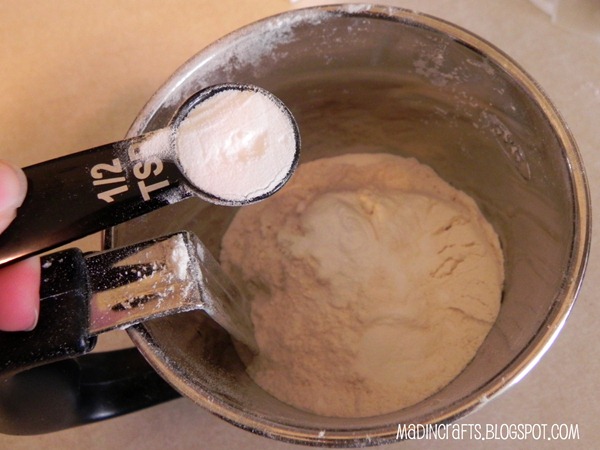 While your mixer is running, sift your dry ingredients.  If you don’t have self-rising flour on hand, substitute all-purpose flour mixed with a bit of baking powder and salt.  Which is what I did… except that I used baking soda because I am stupid, so my cakes came out a little flat.  Oops. 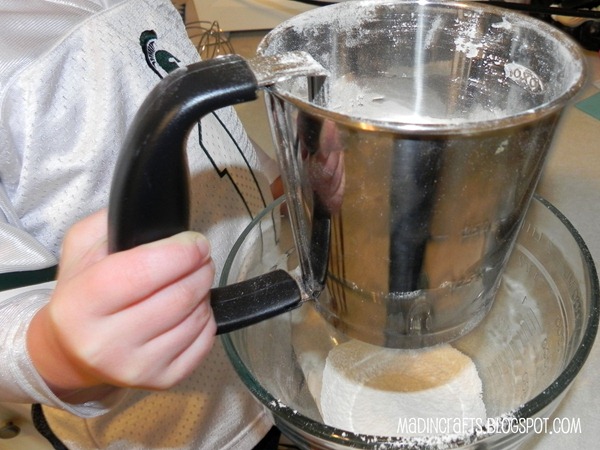 Get your little baking leprechaun working on sifting. 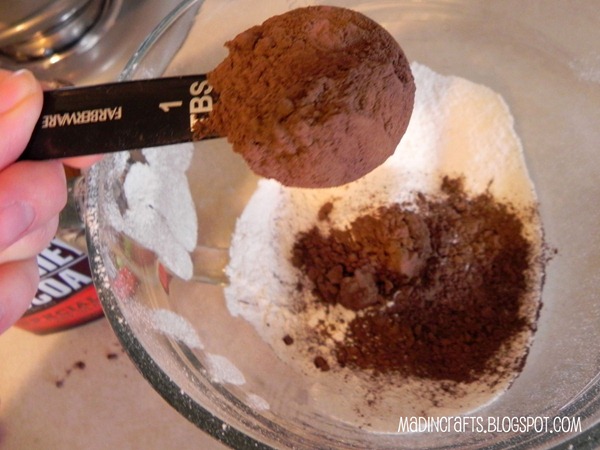 Add in your heaping tablespoons of cocoa.   Make sure to spill a little on the counter.  You know, for luck.
The original recipe calls for regular cocoa powder, but I like the dark chocolate stuff even better.
Mmmm, dark chocolate. 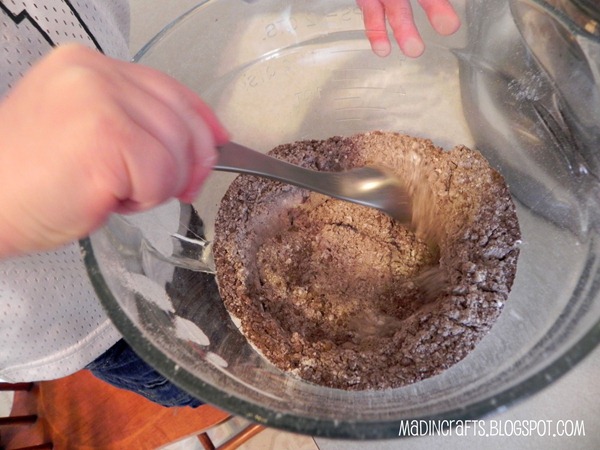 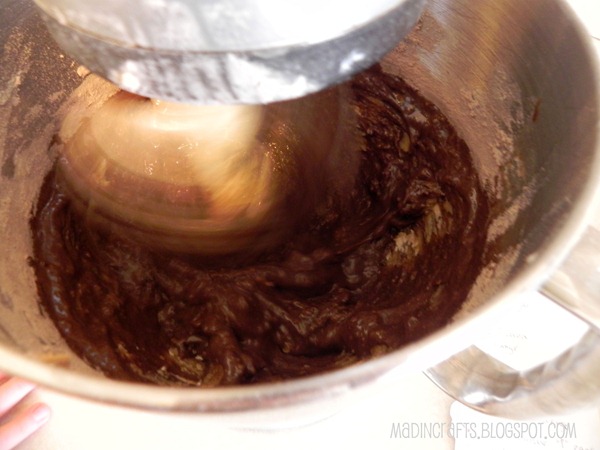 Mix in one egg at a time,  each with a spoonful of the cocoa-flour mixture. 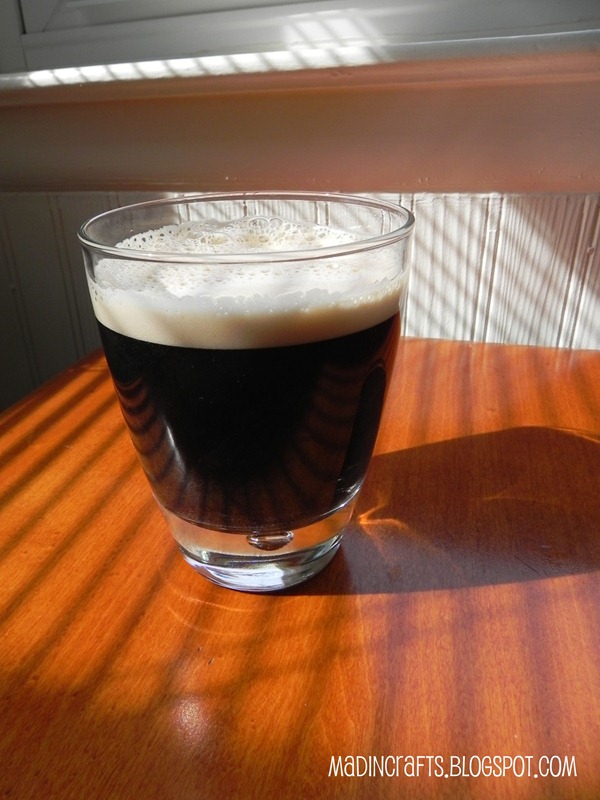 Guinness glamour shot!
The best part of this recipe is that this is the amount of Guinness LEFT OVER from your bottle after you measure out the amount you need for the recipe.  Guess you will have to drink it so it doesn’t go to waste.
(Way to take one for the team.)
After you have added in the eggs, mix in your Guinness one teaspoonful at a time.  If there is still dry mixture left, add that in a spoonful at a time as well. 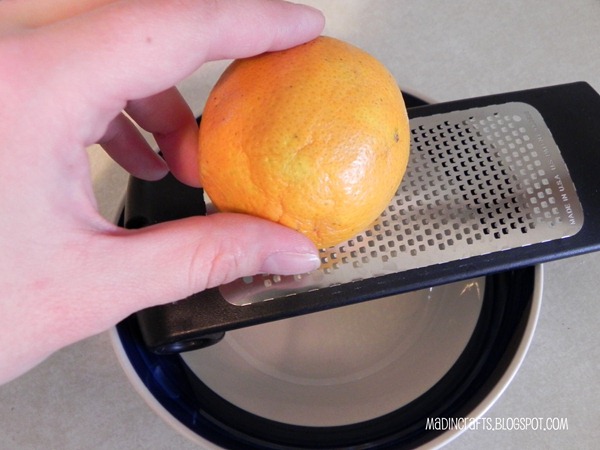 For the record, that is a tiny orange.
Just wanted to make sure you don’t think I have freakishly giant hands.
Because I don’t.
They’re actually freakishly small.
Have we talked enough about my freakish hands?  Okay.
Grate the rind of one orange.  Don’t press too hard on your grater or you will end up taking the white rind with the orange.  The white stuff is yucky.  Don’t do it. 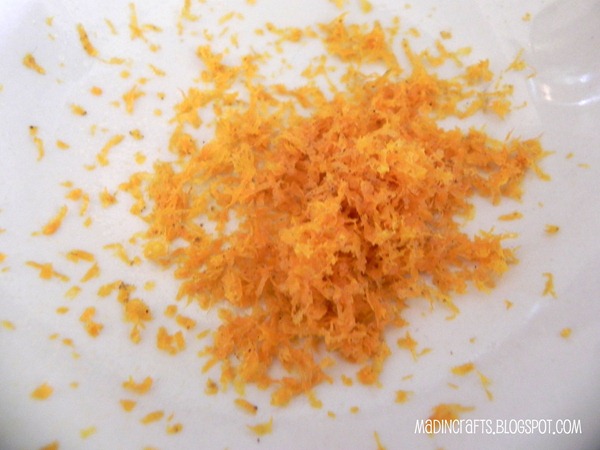 Hopefully you will end up with one generous tablespoon of orange schnibbles.  Mix that into the batter.  Divide the batter between two greased 9 inch cake pans and bake. 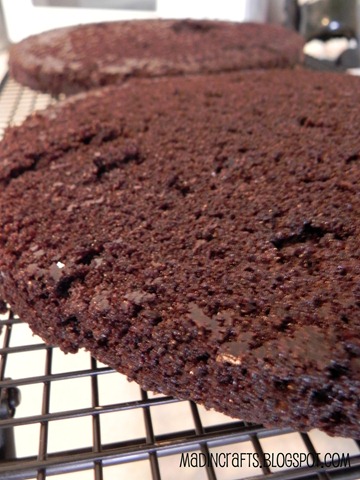 Flip the baked cakes onto a wire rack to cool.
See what I mean about the flatness.  That’s what happens when you confuse soda with powder, kids. 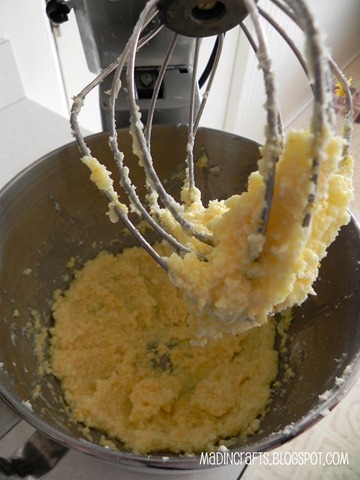 I had all sorts of issues with my buttercream frosting.
First, the recipe I used made WAY too little frosting, so I doubled it.
Then, it was too sweet, so I added more juice from the orange and more rind.  Then it had a weird consistency, so I whipped it some more.
Finally, I just gave up and frosted the dang thing. 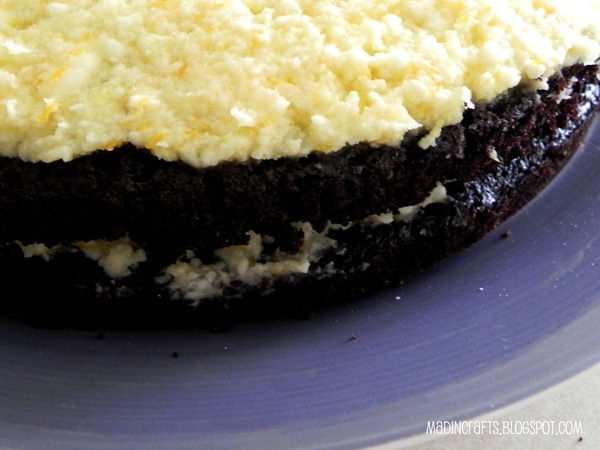 It kind of looked like I smeared a cheeseball on top of the cake.
Next time, I will make an orange cream cheese frosting.  Or maybe just buy a can of Betty Crocker. 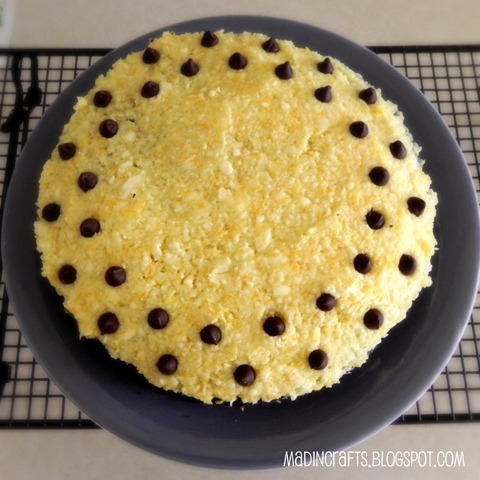 Last, I added a few semi-sweet chocolate chips to the top to distract from the weird looking frosting.
Overall, it was a really good cake with a very interesting combination of flavors.  The Guinness flavor is present but not too strong, and I always like the combination of dark chocolate and orange.  With a few slight adjustments, this cake would be a real winner.

Cream the butter and sugar until light and fluffy. Sift the flour, salt and cocoa into a large bowl.

Divide the mixture between the tins, smooth down, and put the cakes into the center of the preheated oven. Reduce the heat to 350F and bake for 35-40 minutes, or until the cakes are springy to the touch and shrinking slightly in the pans.

Turn out and cool on a wire rack.

Meanwhile, make the icing. Cream the softened butter and icing sugar together thoroughly, then blend in the grated orange rind and enough juice to make an icing that is soft enough to spread.

When the cakes have cooled, use half the icing to sandwich them together, and spread the rest on top.