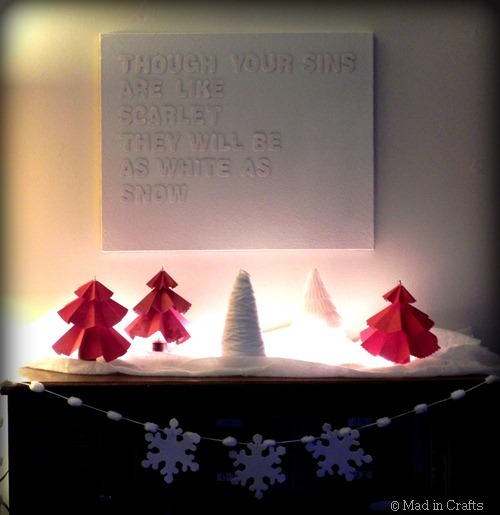 “Though your sins are like scarlet, they will be as white as snow.”  Isaiah 1:18

Virginia & Charlie’s puffy paint lettering on canvas project has been pinned all over the place on Pinterest, and I was inspired by this project to make a similar version for my Christmas decorations.

I chose to use a Bible passage that reminds us why we celebrate Christmas.  Jesus was a born into the world to wash away the sin of the world. 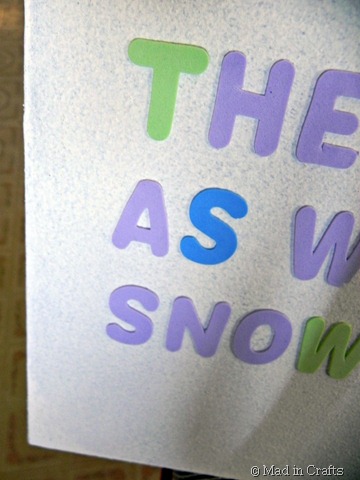 I was originally going to use puffy paint lettering like the original project from Virginia & Charlie, but I tried to make it myself using a recipe found online.  BIG craft fail.

The salt, water, flour mixture never really thickened up and just made a sloppy mess.  I punted for distance and just painted the entire canvas with the mixture which gave it a kind of neat, snowy surface texture (that you can kind of see in the above picture). 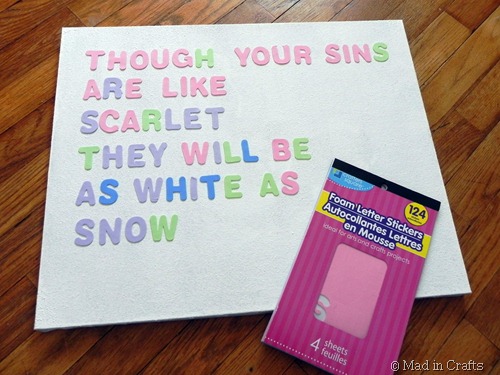 To replace the puffy paint letters, I hit my favorite source for craft materials… the dollar store!  I had an all-too-common mathematical brain fart and bought 5 packs of these foam letter stickers.  I don’t know what kind of novel I thought I was putting on this canvas, but I barely needed to open the second package. 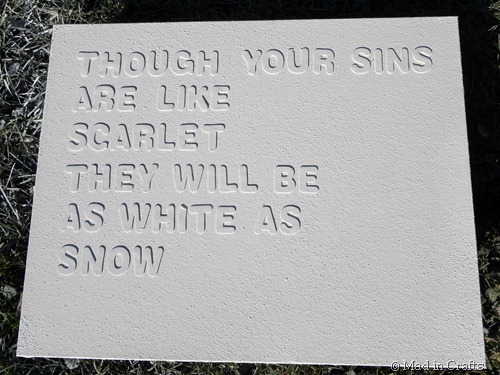 After applying the letters to the canvas, I took it outside and hit it with a few light coats of spray paint.  The foam stickers don’t really want to take the paint, so I recommend either priming first, or using Kryon Dual which is a paint and primer (it’s what I used).

I really like that picture, because if you use your imagination it almost looks like the letters are stamped into snow instead of stuck to a canvas! 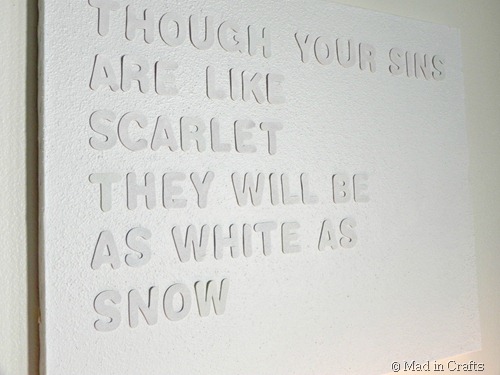 I hung the finished canvas above my mantel/bookcase where my large mirror usually hangs.  It ensures that the Bible passage is the focal point of the wall. 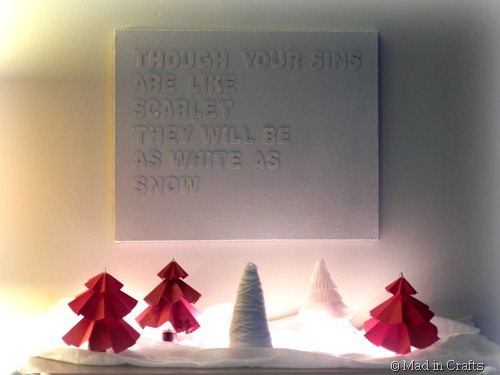 I used this Bible verse as the jumping off point for all my Christmas decorations this year.  I will explain more about that in a post later this week, so make sure you check back! 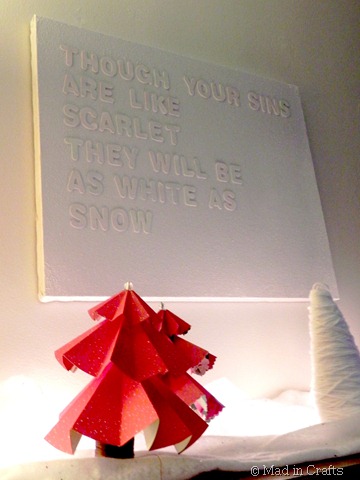 I love the canvas, and it will be staying up all winter… maybe longer!