Hostess sponsored this blog post. The opinions and text are all mine. 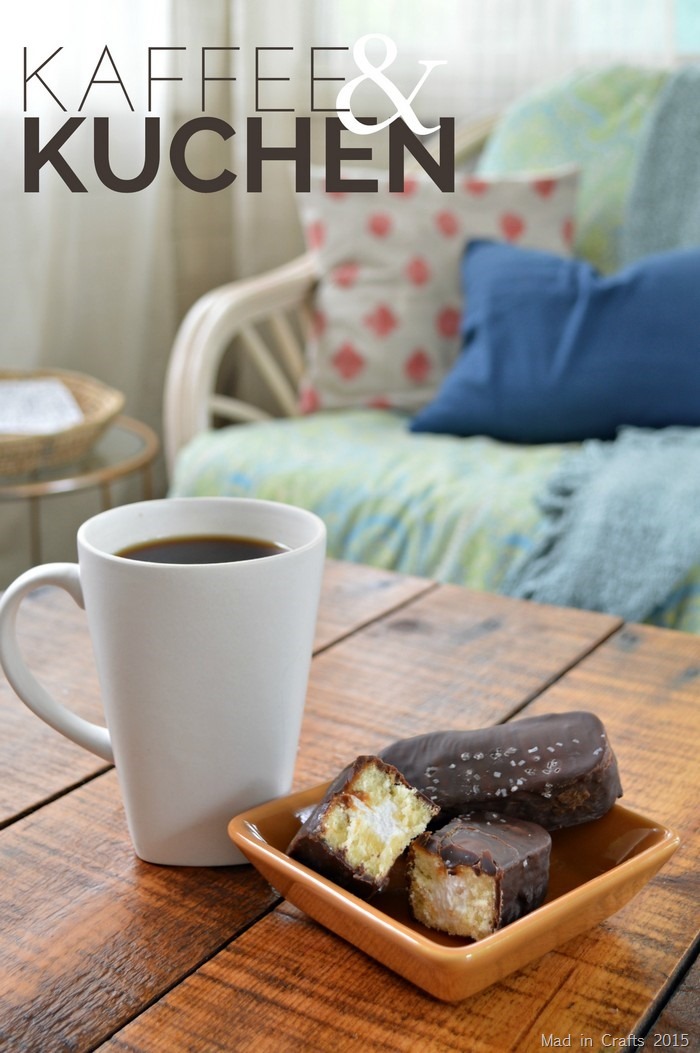 I spent one summer in high school in Europe, spending the majority of the time in Germany.  While we were there, we were introduced to plenty of German quirks.  Let’s just say that German Tex-Mex restaurants are exactly as weird as you would imagine them to be.

We also had the opportunity to experience German culture, which centers heavily on the idea of Gemütlichkeit.  I’ve talked about this idea of cozy hospitality before, but it is something that I really wish Americans did a little better.  A fantastic example of a German tradition that inspires Gemütlichkeit is the afternoon Kaffee und Kuchen.

Kaffee und Kuchen is like British tea, except way better, because it consists of two things:  coffee and cake.  Sometime between 3 and 5 PM, we would get together with a group of Germans, they would set out a tray of cakes (I KNOW), and pour out some strong coffee.  Then we would all sit, visit, and enjoy our Kaffee und Kuchen for about an hour or so.

AMERICA, WHY HAVE WE NOT ADOPTED THIS SYSTEM? Who among us couldn’t benefit from a friendly break mid-afternoon that involves caffeine and cake?  I know I sure could. 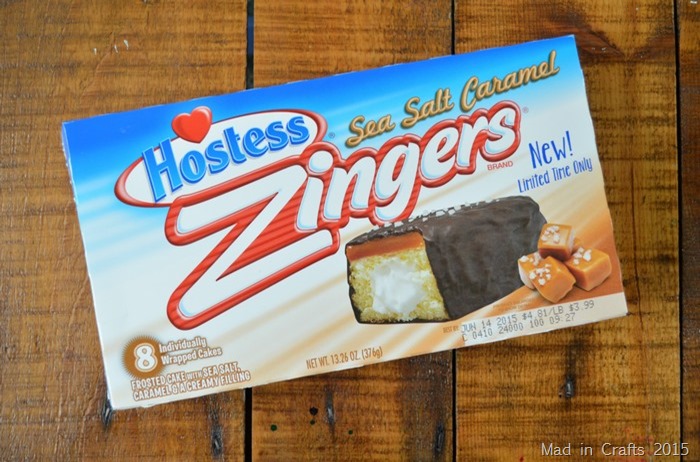 It might be asking a little much of busy Americans to always have homemade cakes on hand for an afternoon klatsch.  We can’t just run out to the local Backerei for German sweets and treats, unfortunately for my mouth and fortunately for my hips.  What America does have, after a brief scare, is Hostess snack cakes.

Hostess cakes are a nostalgic American snack, but Hostess is rolling out some new, more sophisticated flavors.  I was all about these limited time sea salt guys.  The Sea Salt Caramel Zingers consist of a creme-filled cake topped with caramel and covered in a chocolaty coating. The Zingers are finished off with a sprinkle of course sea salt to give them the salty sweet flavor that I love.  They are only available until the end of July, so stockpile them while you can. 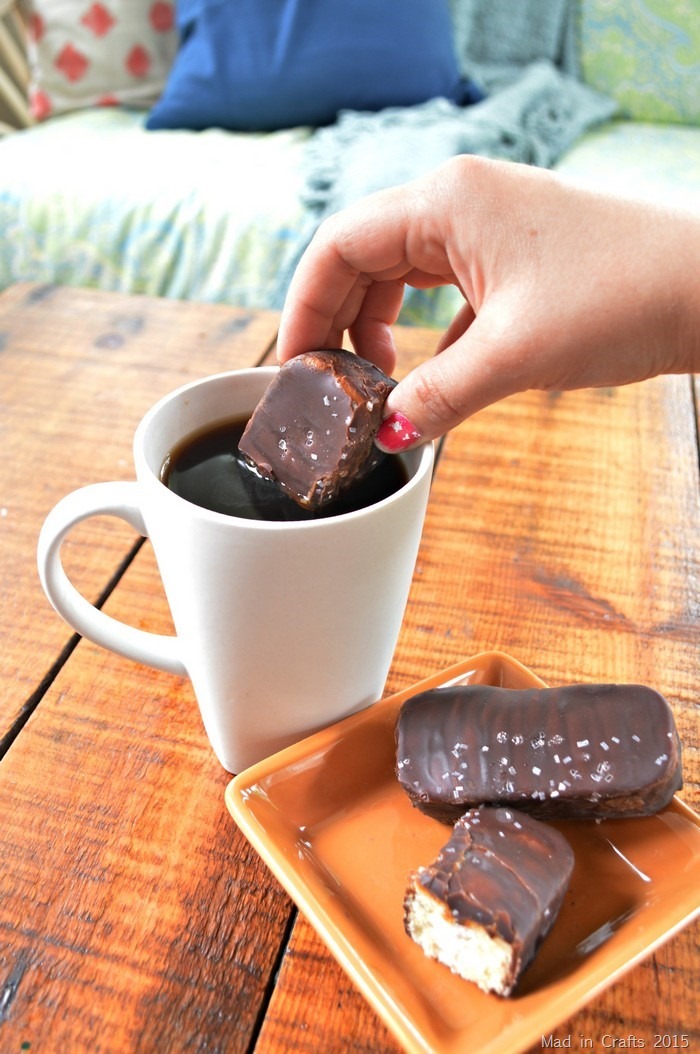 I decided to unwrap a few Zingers and have Kaffee und Kuchen of my own.  As luck would have it, Zingers are TOTALLY dunkable.  Just dip one of these bad boys in a strong cup of coffee… 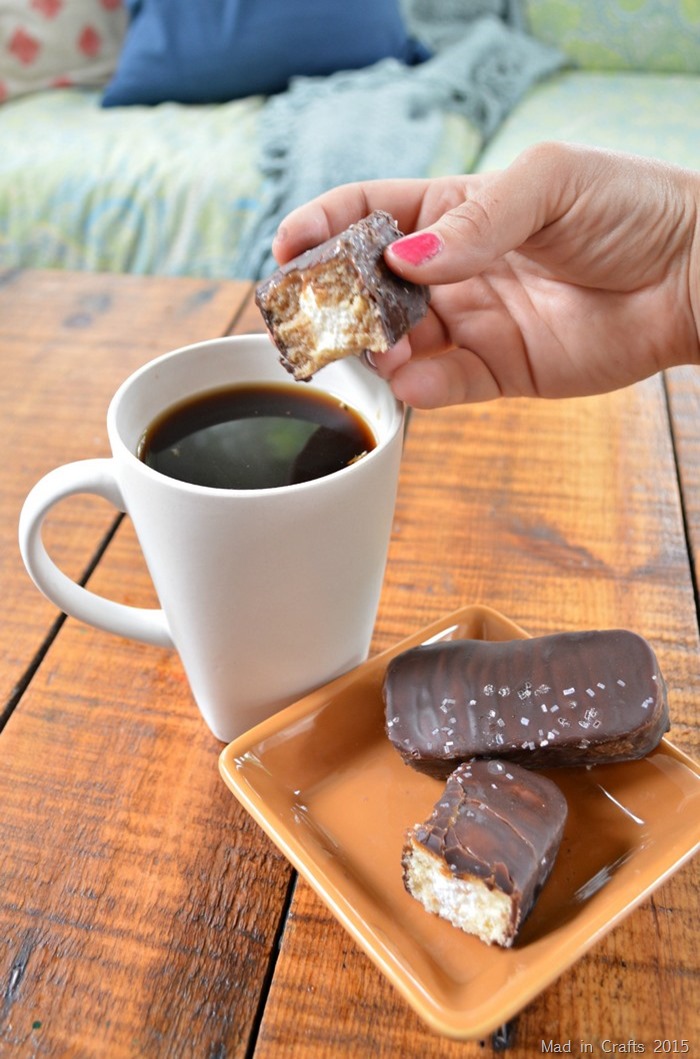 … and the coffee soaks right up into the cake.  It is fantastic, let me tell you.  Look at that.  You want to eat that. 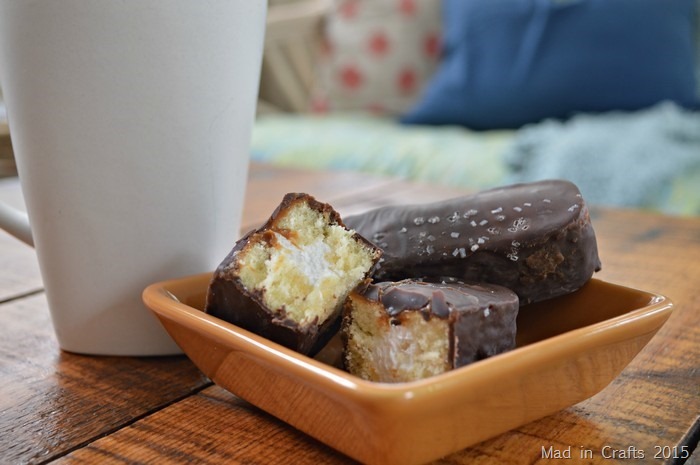 I am serious about bringing mid-afternoon coffee and cake breaks to America.  Let’s make this a thing.  Whether you bake your own treats or buy them at the store, invite a few friends over for some chitchat and eats.  That contented, accepted, warm feeling you get?  That’s Gemütlichkeit!